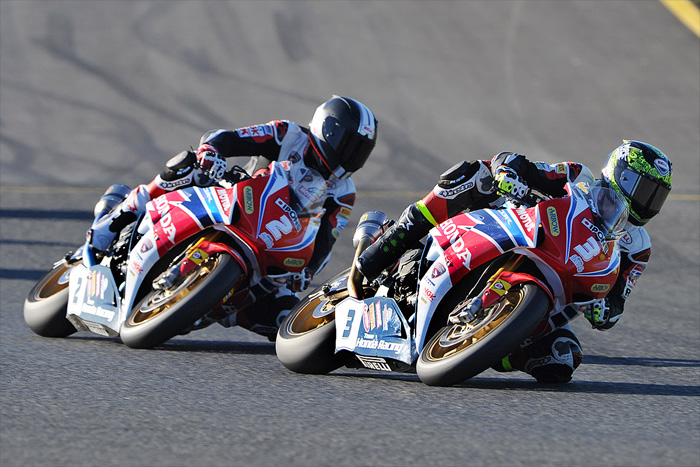 Team Honda Racing is poised for one final Superbike challenge when the finale of the Australasian Superbike Championship heads to Sydney Motorsport Park this weekend.

With team rider Troy Herfoss sitting on equal points at the top of the leader board heading into the event, the Australian Honda team is ready to put everything on the line to pick up the 2015 tite.

Leading on 316 points, both Herfoss and Maxwell are gearing up for a battle royale to take the Superbike title in what is certain to be a thrilling conclusion to an action packed season for Team Honda Racing.

Title contender Troy Herfoss is not concerned about the introduction of the new format at the finale.

‰ÛÏI think it will make the event all the more accessible and exciting for the spectators so that‰Ûªs great." Herfoss commented.

"I‰Ûªve raced in the twilight and also done night racing over at Suzuka so I know what to expect although it is slightly different doing sprint races in the twilight as opposed to endurance races, but the point is I am there to give it my all and take home the 2015 Australasian Superbike Championship title for Team Honda Racing.

"I am really looking forward to getting out there as it is going to be a huge weekend.‰Û