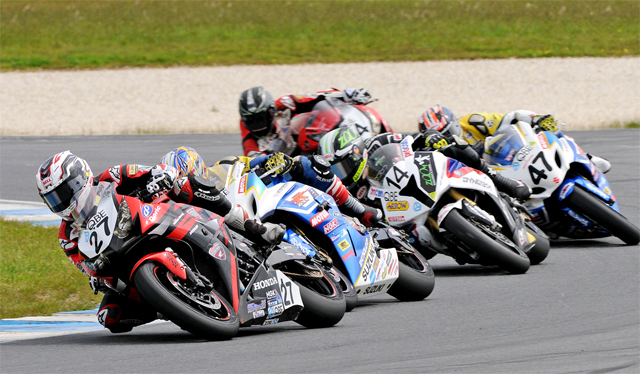 Team Honda Racing finish the Australian Superbike Championship in 4th and 5th place after a trying season of racing in 2013 was wrapped up at Phillip Island over the weekend.

The Honda team entered Round 7 confident of a strong finale to their difficult 2013 campaign and indeed looked set to achieve this going into the first race of the day.

Jamie Stauffer got a very good start off the line in Race 1 and spent much of the race battling hard for 1st place. Leading many times during the race, the Honda rider looked strong for victory, however it was not meant to be as his grip levels fell, Stauffer could not hold strong and finished the race in 4th place. Team mate and Superbike rookie, Josh Hook finished in 5th place.

Race 2 was held on a drying circuit after significant rainfall and there was a mixture of tyre choices amongst the field with Team Honda Racing opting for a slick tyre to wage their final assault for the ASBK season.

The race predictably saw those using wet tyres begin strongly and both Stauffer and Hook bided their time until their tyre came in and grip levels allowed them to move through the field. This they did, but with few laps remaining in the race the pair finished 5th and 6th respectively.

The 2013 ASBK season was hard fought for Stauffer after a crash in testing early in the year saw him carry a pelvic injury through the remaining 4 events, however this did nothing to deter him in his efforts to accumulate points.

‰ÛÏThis year wasn‰Ûªt as successful as I hoped going in of course and being injured early on definitely didn‰Ûªt help, but that‰Ûªs racing sometimes." Stauffer stated. "We had a bit of a difficult season regardless with a little bad luck here and there and just didn‰Ûªt quite make our way back.

"It is disappointing for the team having worked so hard. I would like to thank them for their efforts during the year, they certainly worked hard. We still have the MotoGP support races to compete in and I am looking forward to that event very much.

"The crowds are huge, there is terrific atmosphere and I know the Honda CBR1000RR will be competitive," he added. 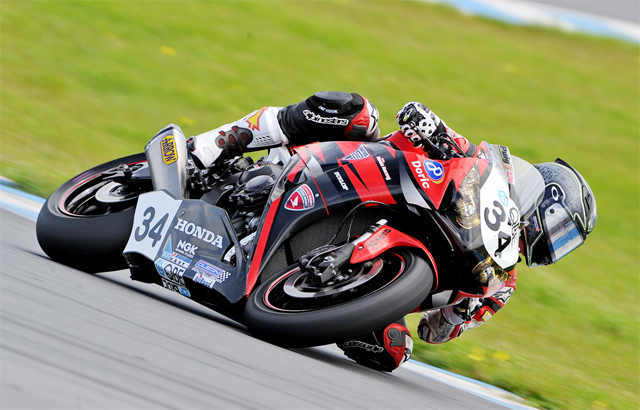 ‰ÛÏI would really like to thank Team Honda Racing for all the support and hard work throughout the season." Hook said. "It was a huge year and I have really enjoyed racing onboard the Honda CBR1000RR.

The opportunity has been fantastic and a big thank you must go to Honda Australia and all our team sponsors for their invaluable support. We have one more event at Phillip Island with the MotoGP and I can‰Ûªt wait to compete for Team Honda Racing at such a huge event.

"I am really looking forward to finishing the year off competing in the support races in front of the International crowd.‰Û