Team Honda On Top After Another Dominating Weekend At Wakefield Park 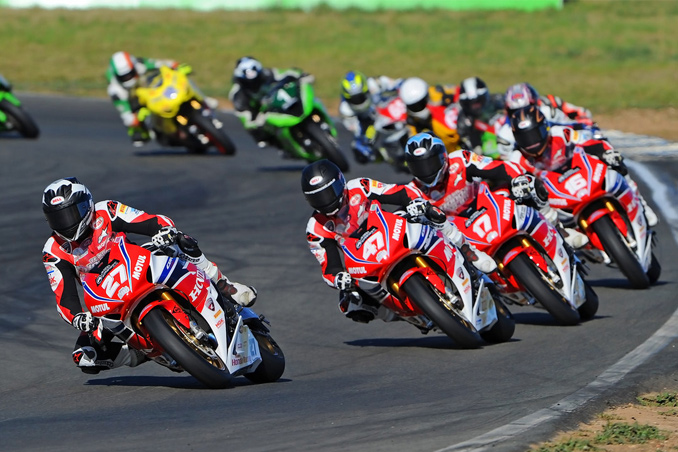 Team Honda Racing‰Ûªs Wayne Maxwell increased his championship lead yet again today at Round 5 of the Australasian Superbike Championship and the Honda team maintains the top 3 positions on the leaderboard after a fantastic weekend of racing.

The Honda CBR1000RR SP shone brightest in the final Superbike race today with a Honda 1-2-3-4 finish.

Not everything went the way of the Honda today with Troy Herfoss lucky to escape injury during a spectacular crash in Race 1 which cost him not only the race lead, but valuable points in the championship.

Herfoss finished 5th overall for the weekend and retains 3rd place in the ASC championship heading into the Finale.

‰ÛÏIt was a mixed weekend for me." Herfoss admitted.I"t‰Ûªs really difficult to accept crashing out of the lead in Race 1, but on the other hand it is hard not to be stoked with two wins and a lap record.

"The whole team worked so hard to put me on the track for Race 2. It‰Ûªs a real credit to them for me to be out there on a race-winning motorcycle after such an enormous crash. The championship title is out of reach for me now so I will just focus on being up the front at the final event at Sydney Motorsport Park.‰Û 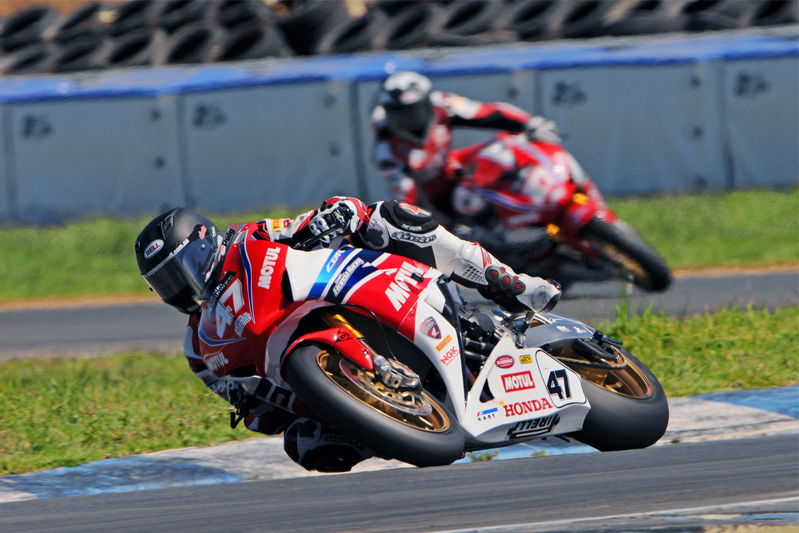 ‰ÛÏIf someone had said 3 weeks ago when I had my shoulder plated that I would get this result I would have had a difficult time believing them." Maxwell stated. "I am super happy to take the round win and extend my championship lead.

"A huge thanks to the team and I am really looking forward to the Finale at Sydney Motorsport Park in November.‰Û