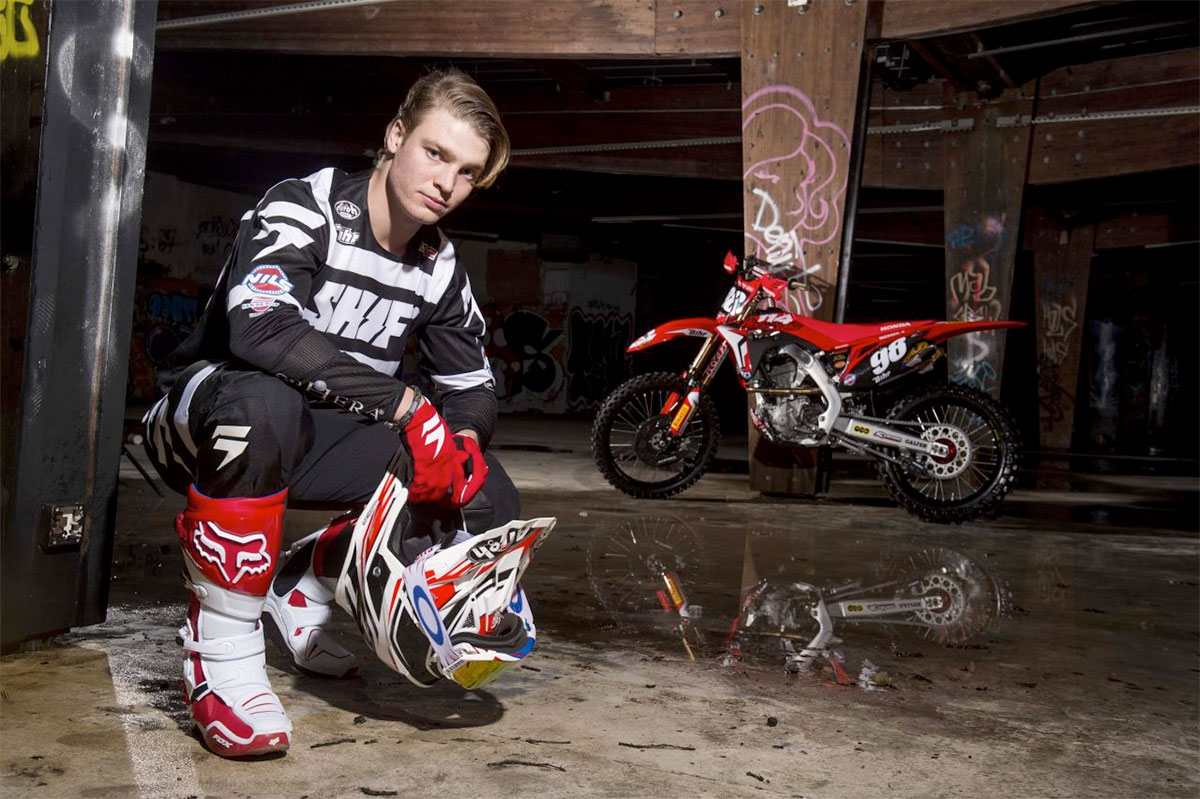 With initial reports from that Arco incident being positive, and no immediate concerns other than the superficial bumps and bruises, midweek training for the Portuguese MXGP went as normal. However it is thought that during the race weekend at Agueda, the injury was aggravated and now the young Dutch rider will now be forced to sit on the sidelines as the adductor muscle heals up.

It is a big blow for Vaessen, who was starting to find his feet and put in some top 10 performances, in what is a highly competitive MX2 championship. With an injury like this it is hard to pinpoint an exact return date but right now the team are preparing for his return after Ottobiano, although there is the possibility that if the recovery goes well he could return before the French GP on June 9/10. 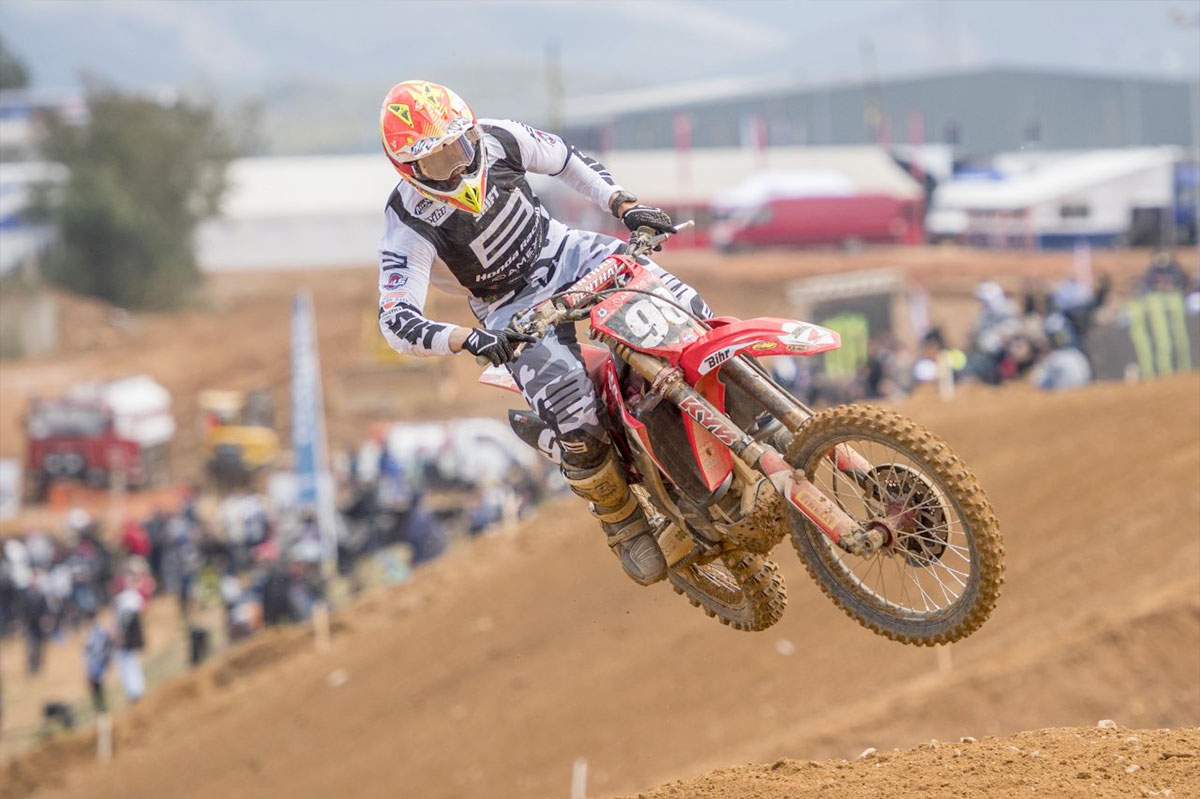 Bas Vaessen set to miss multiple MXGP's due to a severely injured adductor muscle. Credit: Honda Pro Racing/Bavo
"It really is a horrible feeling, especially as I don‰Ûªt really know how it happened," Vaessen said. "I felt a little bit of pain at Portugal on Saturday, which gradually got more and more throughout the weekend. I was able to take some painkillers overnight which worked well for the first moto on Sunday, but then in the second moto I was basically surviving as they began to wear off, which explains my bad result. Then on Monday morning I woke up and my leg was massive, with really red skin and it really didn‰Ûªt look good so I went to a doctor.

"At first they said it was a grade two muscle rupture, which means that it was just ripped a bit, and not all the way through," went on to explain. "However Friday I did an MRI and the doctor said it was much worse, a grade three, with it being completely ripped off, which means around two months off the bike. Obviously that was a massive disappointment and overall it‰Ûªs just such a shame because things just started going better and better every weekend and I felt more comfortable as we were getting good race setups. Now all that work stops.

"It‰Ûªs not just a shame for me, it‰Ûªs a shame for Livia and the entire team who work so hard to help me with everything, but I hope to come back stronger and ready to continue my improvement in the MX2 class," Vaessen concluded.

As Ottobiano would mean six rounds missed, team manager Livia Lancelot is looking at finding a replacement rider that will be able to represent Team Honda 114 Motorsports and all their sponsors, while continuing their high standards both on and off the track.

"Bas is motivated though and already he says that the pain in his leg is much better so we hope his recovery goes well. With it being six rounds, we are going to look at bringing in a replacement rider, but to try and find a rider with that same speed will be extremely difficult. However, that is our aim and we will try and make it happen so that Team Honda 114 Motorsports is fully represented at those six races," Lancelot said.

In better news for the team, Hunter Lawrence is making good progress with his hand injury and will have an X-ray on Thursday before the final decision is made about his attendance at the upcoming Russian GP. 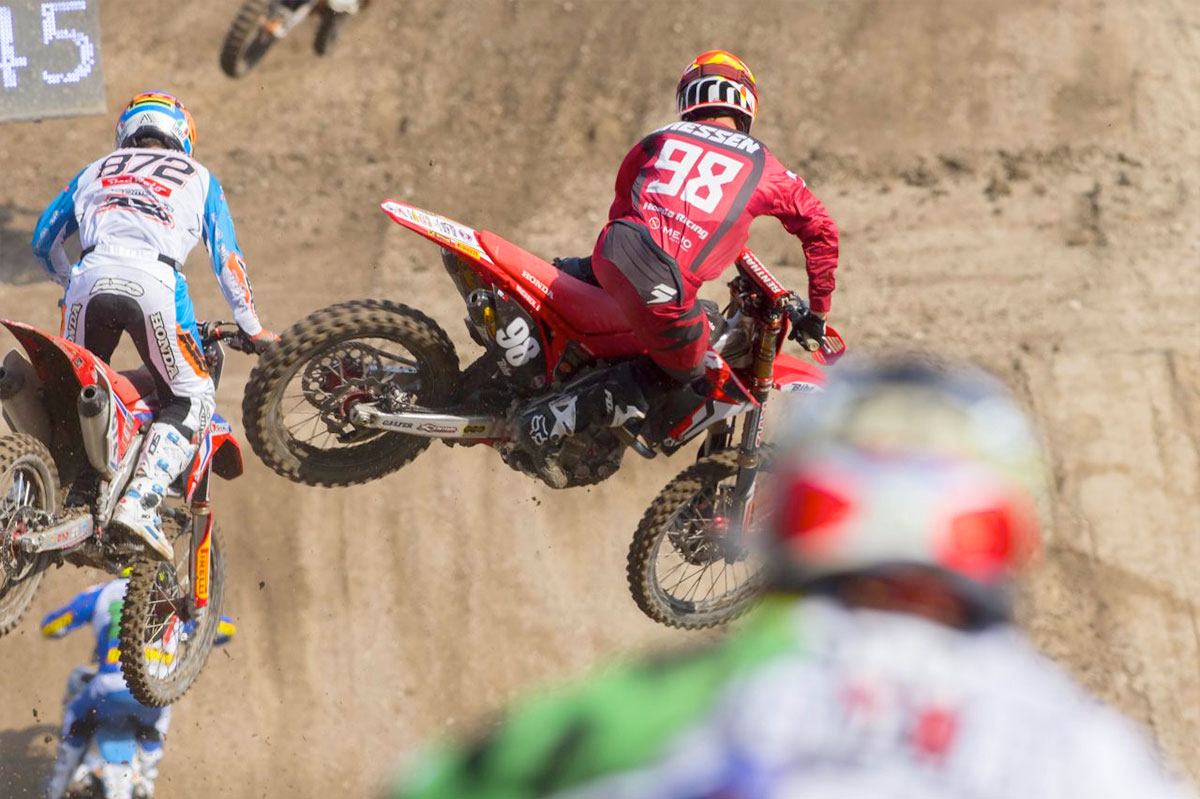