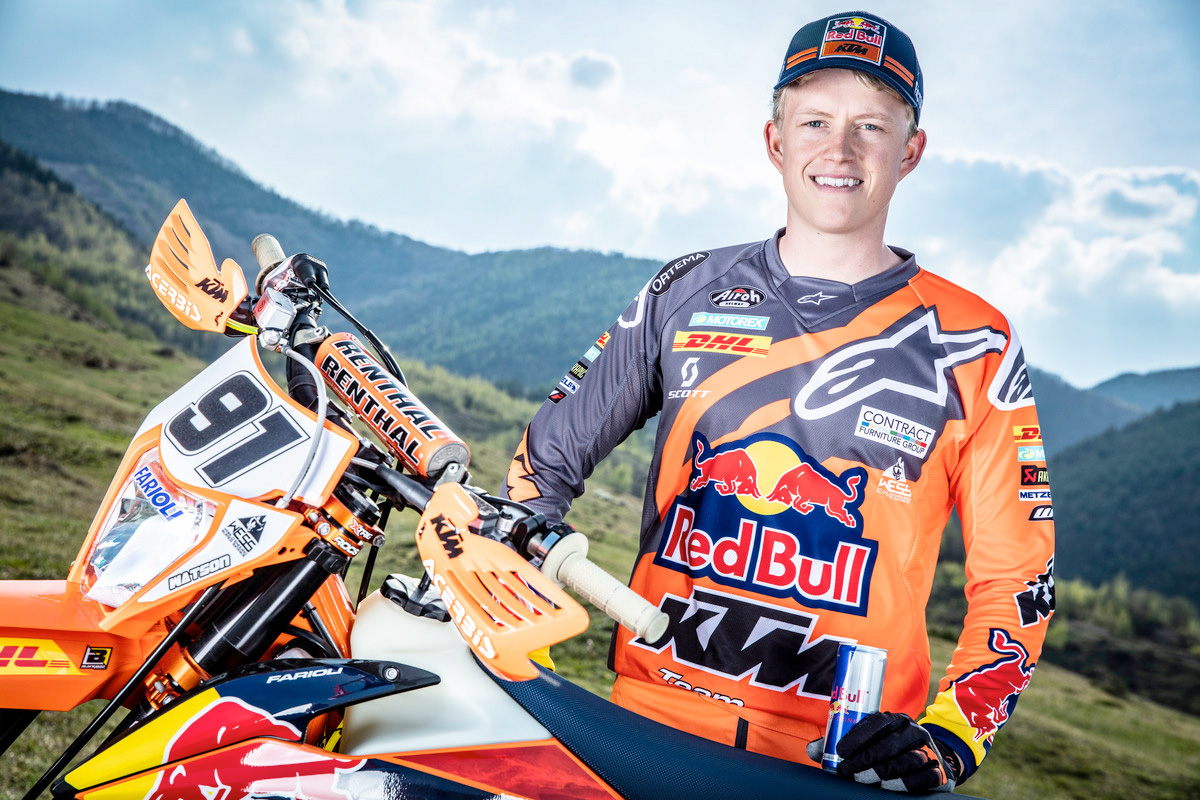 With just Shaun Simpson left of the original line up, team manager Mark Chamberlain was left waiting for confirmation that Max Anstie wasn‰Ûªt going to be fit to compete before sourcing two replacement riders as a solution to the injury problem.

The ACU and Mark Chamberlain have now announced that the revised line up for the MXON at Assen on the 28th & 29th September will be Nathan Watson (MX1), Adam Sterry (MX2) and Shaun Simpson (MX Open).

For both Adam Sterry and Nathan Watson this will be debut appearance at the event, while experienced team member Shaun Simpson will look to guide the pair as much as possible.

Sterry has just finished his final season in the MX2 World Championship with 6th place in the standings after claiming a number of top 5 overalls and top 3 races finishes, including a third in the opening race at Lommel.

Although a full time KTM Factory Enduro rider Nathan Watson (older brother to Ben) competed in the MXGP class until the end of 2015 when he made the switch and this won‰Ûªt be the first time Nathan has represented Team GB as previously being a member of the ISDE squad. Nathan is still regarded as one of GB‰Ûªs best sand riders and earlier this year became the first British rider to win the famous Le Touquet event.

Speaking of the revised team selection Mark Chamberlain commented "It was tough to lose two riders after initial selection and we had a period that we waited to see if Max would be recovered in time or not. I feel that the Team is still very strong and I‰Ûªm lucky that we had great options even after a lot of injuries. The goal is still to push for a podium and I feel it‰Ûªs more than achievable!"