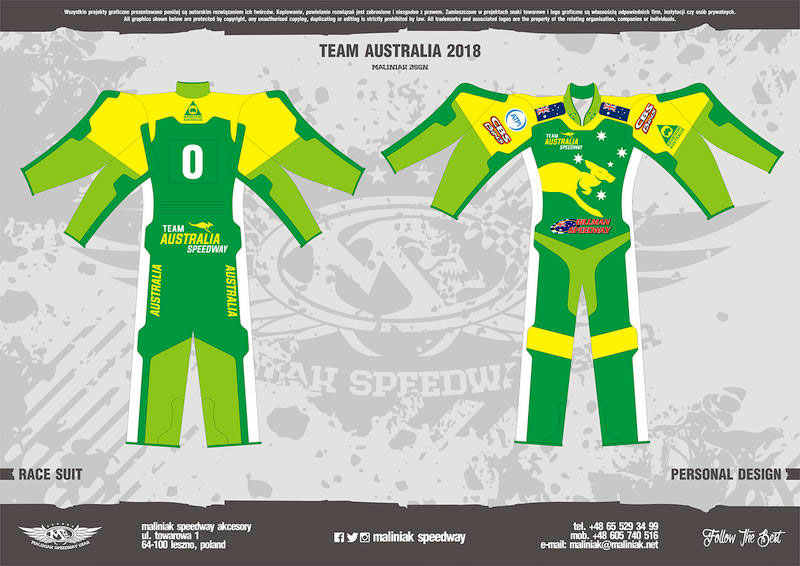 Current Speedway GP World Champion Jason Doyle will lead the Kangaroo‰Ûªs for the first time with the fresh race suit alongside his pairs partner Max Fricke, Jaimon Lidsey will be the Australian Under 21 reserve.

A generous backing of sponsors has been the driving force behind the new look outfit with CBS bins from South Australia backing the team, support has also stemmed from Gillman Speedway where all three riders have sprayed the dirt throughout their careers.

ATPI is one of the most experienced and long-established travel management companies in the travel industry and they have jumped on board the Kangaroos‰Ûªs push for the SON title.

Mark Lemon, Australia‰Ûªs team manager is in his seventh year with the Kangaroo‰Ûªs is the man behind the design, coming up with the patriotic race suit and showing his creative side, ‰ÛÏIt‰Ûªs a little bit of a modification from what the guys usually race in but one thing for sure is you wont miss us at Manchester (laughs). We have tried to incorporate the Kangaroo from our logo and with that we wanted to freshen it up before our campaign,‰Û