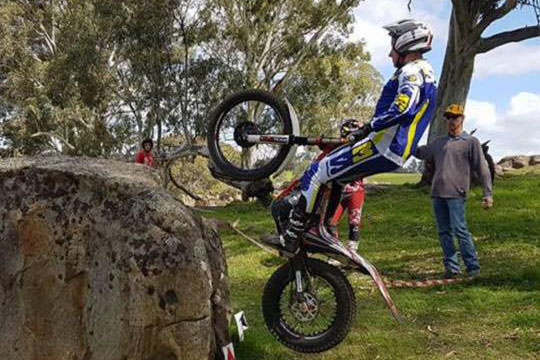 Competition will run from October 20 ‰ÛÒ 22 in conjunction with the New Zealand Trial Championship in Christchurch, New Zealand. Hosted by The Pioneer Motorcycle Club, this will be the first time in 30 years that an International Motorcycle Trial has been held in Christchurch.

First off the ranks for Team Australia is Solo Class competitor Kevin Zarczynski. Zarczynski sat down with MA to discuss this exciting opportunity for Australia to display their skills on an international scale.

‰ÛÏThis year is a fantastic opportunity to go to New Zealand and compete on foreign soil for a change.

‰ÛÏIt‰Ûªs a chance to start a foundation for some competition between these two countries. We‰Ûªve had some fantastic support from the industry to do this. It‰Ûªs a good thing to have and we‰Ûªre hoping to make this a successful trip.‰Û