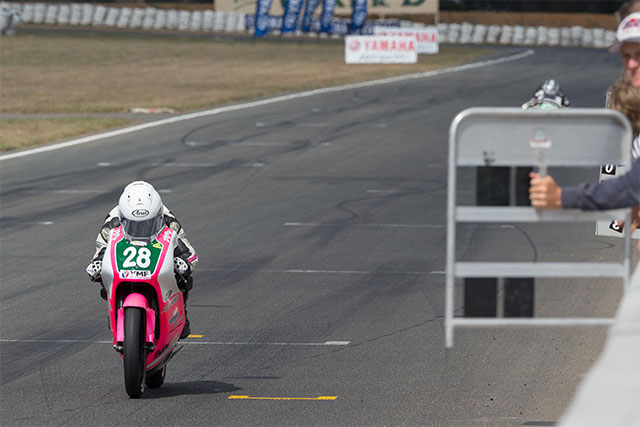 The three-way battle that has emerged in the Honda Moto 3/125GP Class at the Yamaha Motor Finance Australian Superbike Championship presented by Motul Pirelli is one of the greatest talking points of the 2016 race season.

A 14-year-old emerging star Locky Taylor, an experienced racer Brian Houghton, and of course the lady of the moment Tayla Relph are all going head to head for the championship this year, and already the trio have fans guessing who will come out on top at the conclusion of the season.

With round three of the ASBK just around the corner, Relph is currently sitting in second place in the Honda Moto3/125GP Championship standings. Today, Relph explained that she is more determined than ever to take out race wins, and that she has her sights set on a Moto 3/125 GP Championship.

‰ÛÏThe points that I made up at round two at Wakefield Park were enormous, especially considering after round one I was sitting in fifth in the Moto 3/125 GP Championship standings,‰Û