Tayla Jones Goes Back To Back With Wild Boar GNCC Victory 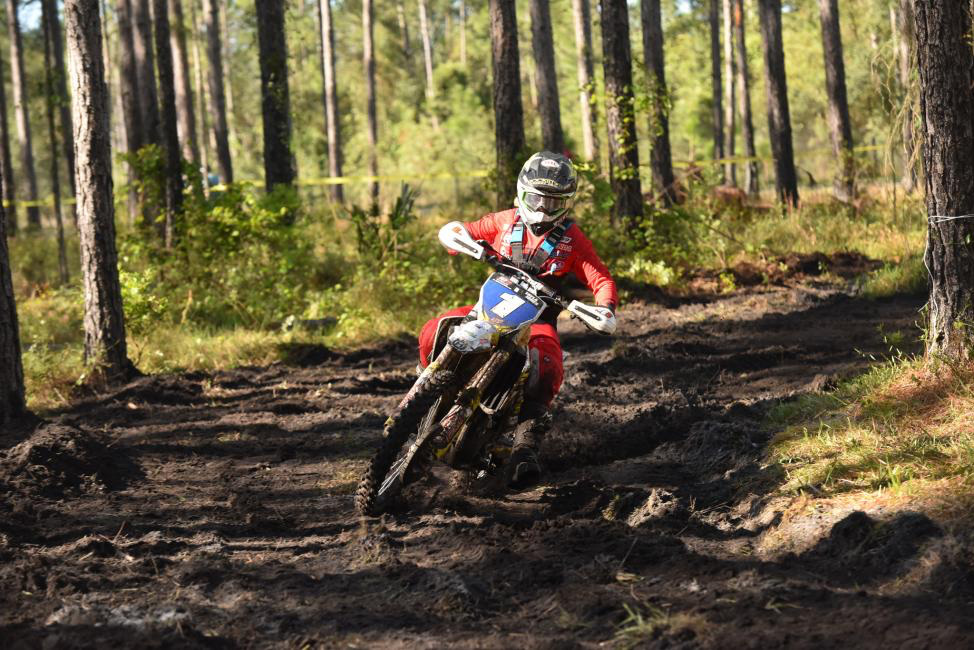 KR4/Husqvarna's Tayla Jones dominated the field at round two, and came away with the WXC class win. Photo: Ken Hill
It was win number two for Aussie Tayla Jones at the conclusion of the second round of the AMSOIL Grand National Cross Country (GNCC) Series in Palatka, Florida today. The 2-day event kicked off the 77th running of the famed Daytona Bike Week.

Jones, who is the defending women's GNCC champion, didn't have an easy run in the Moose Racing "Wild Boar" GNCC after having to come from behind following a small fall to grab the win and make it two out of two for 2018.

Ohio's Korie Steede took the holeshot, with Australia's Mackenzie Tricker and Indiana's Rachel Gutish hot on her heels. The first lap was a rough one with most of the top racers falling at least once during the lap.

The track crew had kindly bulldozed large swaths of the course, giving the AM riders what appeared to be a smooth trail to start, masking the many roots and palmettos hidden beneath the thin layer of sand, roots that were not dusted off until the second lap.

Jones, took her sand sample in the second corner, forcing the KR4/Husqvarna rider to charge her way up through the pack. Steede fell less than a mile into the race, as did Ohio's Becca Sheets. Tricker soon followed, leaving Gutish to take a short-lived lead.

I found a groove pretty quick, and once I moved into the lead, I just rode my own race and tried not to make any mistakes


Still early in the first lap, Jones regained the lead, and Tricker got by Gutish to take over the second position. The two were already well on their way to establishing a substantial lead when Gutish finally fell victim to a hidden root. 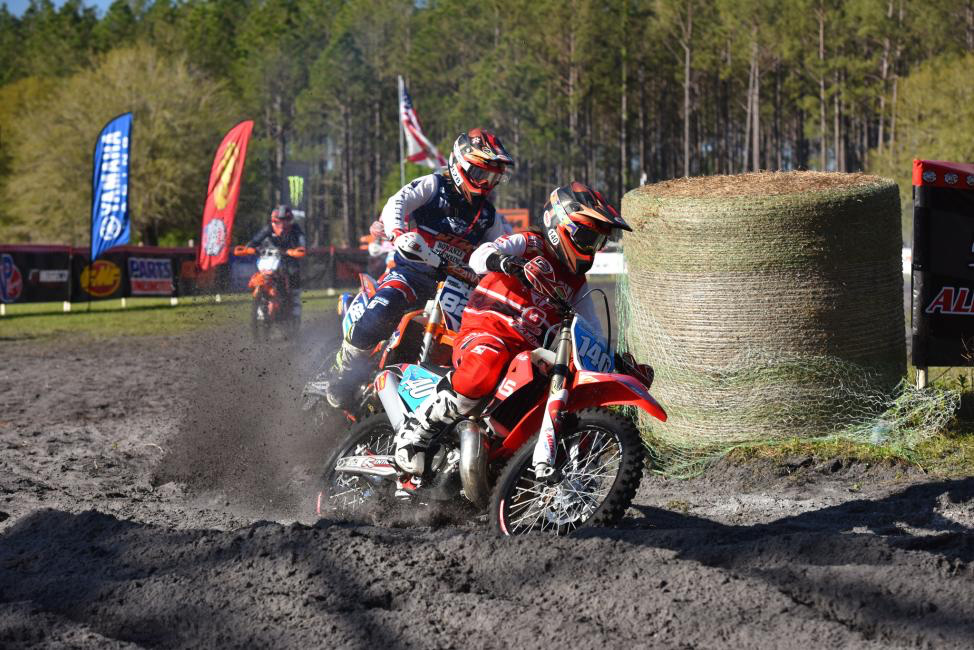 Korie Steede put her Factory GasGas/FAR machine out front early with the holeshot in the WXC bike division. Photo: Ken Hill
With only a few miles before the scoring zone, Sheets made her move into third. Tricker once again crashed, this time damaging her lever and leaving her without a front brake. She stopped just before the end of the lap to make repairs, allowing Sheets, Gutish and Brooke Cosner of Maryland to pass, dropping her back to fifth, only a few seconds ahead of Steede.

By this point, Jones had regained her composure and now established a commanding lead over the rest of the pack, a lead which would only continue to grow. She took the win and first place overall in the AM race, beating out 336 other racers.

"I found a groove pretty quick, and once I moved into the lead, I just rode my own race and tried not to make any mistakes," Jones said after the race.

Meanwhile, Sheets, while unable to make a dent in Jones' lead, was able to amass a considerable lead of her own, and the two riders remained unchallenged throughout the rest of the race. Sheets finished second in class and third overall.

"Honestly, I was riding really well and feeling great on the bike. I just wasn't able to make up the ground lost early on," Sheets explained. "The track turned out to be really fun and flowy despite the rough conditions."

On the other hand, Tricker's race took a severe turn for the worse. Although she had gained ground on the leading pack, a risky line choice through the mudhole sank both her race and her bike; the result, a 12th place finish for the event.

On lap three, Cosner had caught up to Gutish and made a pass for third place before colliding with a lapper, losing a considerable amount of fuel in the crash. Adding insult to injury, when her bike finally ran completely out of fuel on the last lap, Cosner lost her footing and dropped it in the same pool of water that took out Tricker. Lucky for her, the hole was within sight of the finish line, and Brooke and her mechanic were able to push the bike through to the finish, holding on to fourth place.

Gutish took the last podium spot and fourth place overall, reflecting that, "Sometimes you really do have to slow down to go faster. I know sand isn't my thing, and after going down hard on lap one, I decided to back it down a bit and smooth out. Looks like that decision paid off."

Although the top four were settled and held their position by the time the fourth lap began, the battle for 5th place was still hot. Steede, Eden Netelkos of Vermont and Florida's own hometown rider Kelsey Saltar swapped places throughout the last three laps. Netelkos encountered problems towards the end of the race and finished one lap short of the pack. Steede took 5th place, passing Saltar after she suffered a nasty crash. 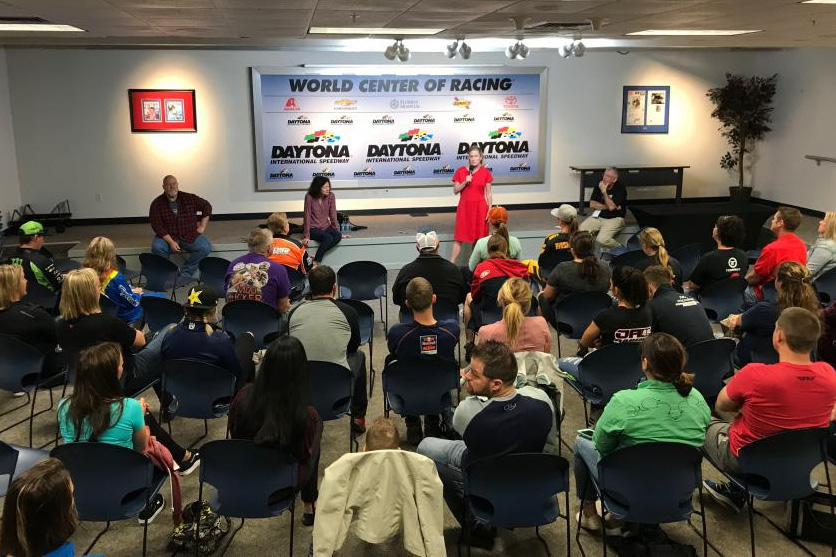