Australian Tayla Jones was the recipient of the 2017 AMA Female Racer of the Year Award at the 2017 American Motorcyclist Association (AMA) Championship Banquet last weekend at the Hilton Downtown Columbus in Columbus, Ohio.

This award is designed to identify an outstanding female racer, where Jones was acknowledged for her 2017 GNCC championship, in addition to earning two other titles last season racing for the KR4/Husqvarna's team.

"I had a great time at the AMA Championship banquet," said Jones. "It was really cool to see everyone in all the different disciplines be recognized for their achievements. I was nominated for AMA Female Racer of the Year, which in itself was an honor, and to win against some amazingly talented women was incredible. I am extremely happy with how the year went and that just topped it off and made it extra special."

You can read a full interview with Tayla here. 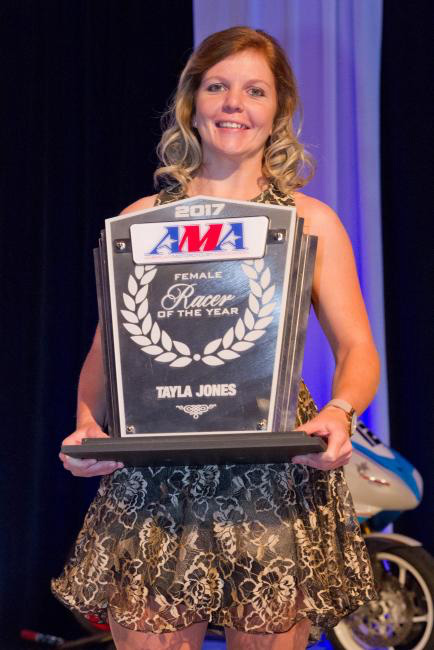 Tayla Jones was acknowledged for her 2017 GNCC championship, in addition to earning two other titles last season. - Jeffrey Guciardo/AMA