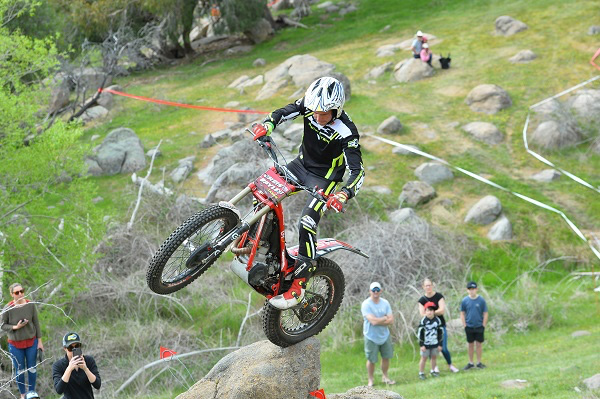 The Tasmanian Midlands will come alive this weekend as the best trial‰Ûªs riders from around Australia head to Mount Joy, near Powranna for the 2019 Huon Aquaculture Australian Trial Championships.

The national event this year is being held at local expert grade rider Chris Bayles property. Bayles who is ranked No.3 in Australia will be competing at the championships along with counterparts Ulverstone‰Ûªs Tom Woodhouse, who is the reigning Australian and New Zealand junior champion, and Launceston‰Ûªs Australian and New Zealand Twin shock champion Kurt Pickering will all hope to be at the front of their grades.

The event returns to Tasmania every five years and has attracted a field of more than 130 national-standard riders, including the eight ranked riders plus several home-grown champions. The 130 competitors will compete in classes from Veterans, Twin Shocks, Classic, Juniors, Juniors 13-16 boys, Open Women, Sidecars, Solo‰Ûªs and will tackle approximately sixty sections over the weekend.

Property owner and one of Australia‰Ûªs Trial des Nations (TdN) riders, Chris Bayles said ‰ÛÏHaving the event in Tasmania is fantastic as competitors like visiting our state and tend to make a trip of it, the property is also somewhat different and unique due to its shale and jagged rock.

Trials is spectacular to watch, and Chris commented about this particular course, ‰ÛÏAll sections have challenging parts, there are a few big steep climbs with big steps at the top. Spectators will be impressed. Let‰Ûªs say the last 5 sections of the lap have got a bit going on!‰Û