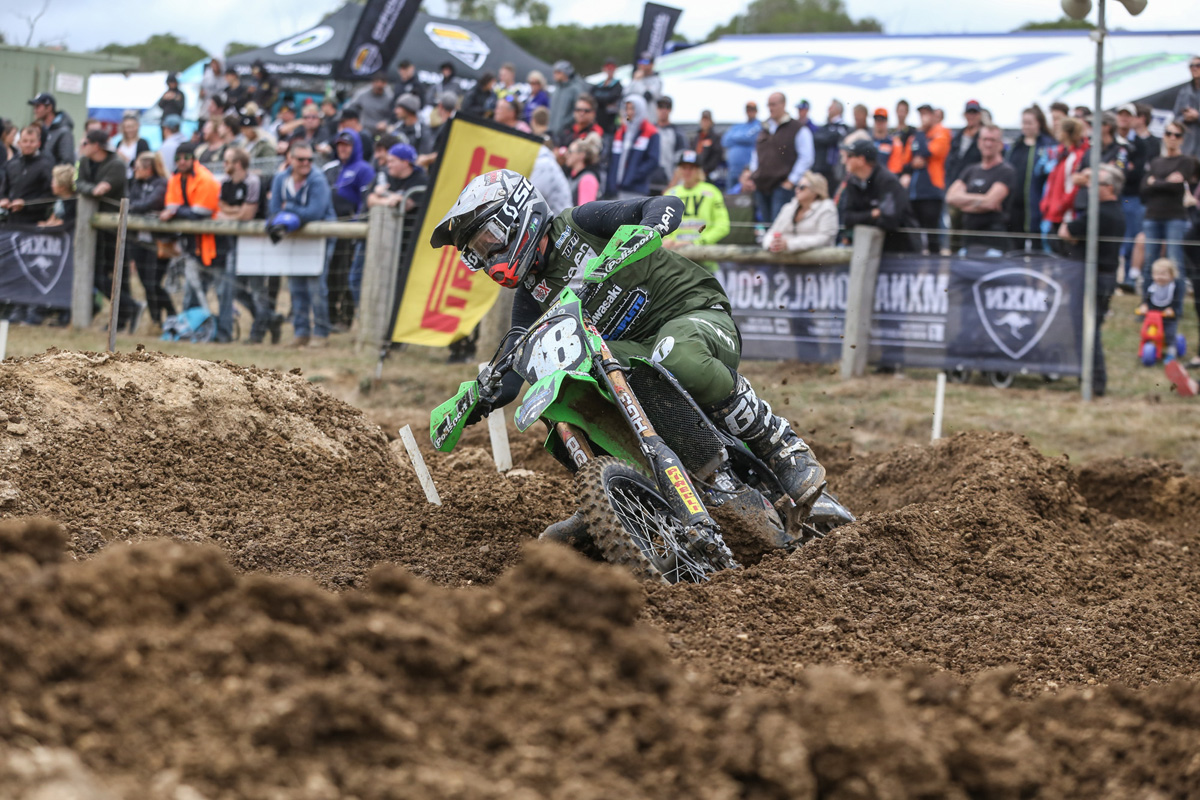 Aaron Tanti has shown that coming in to the season injury free and with a great pre-season under his belt he has what it takes to win in MX2
Aaron Tanti has recorded his first carrer win and round overall in the Pirelli MX2 class at the opening round of the 2018 MX Natioanls held in Victoria.

In the opening moto Harwood took over the early lead, but was reeled in by Crawford midway through. Tanti, who claimed the hole-shot but fell soon afterwards, rode strong to third, ahead of a hard-charging Richie Evans (Yamalube Yamaha Racing) and defending champion Egan Mastin (KTM Motocross Racing Team).

‰ÛÏIt‰Ûªs a really good feeling to take the win at the opening round," Tanti reflected afterward. "We‰Ûªve put in a lot of hard work and to have this great team behind me showed today.

"I can‰Ûªt say I was expecting to win, but my goal was to be top five. Even though our team has only been established for couple of months, I was feeling confident and the bike is just amazing. Getting those two holeshots helped a lot against such a quality field.‰Û