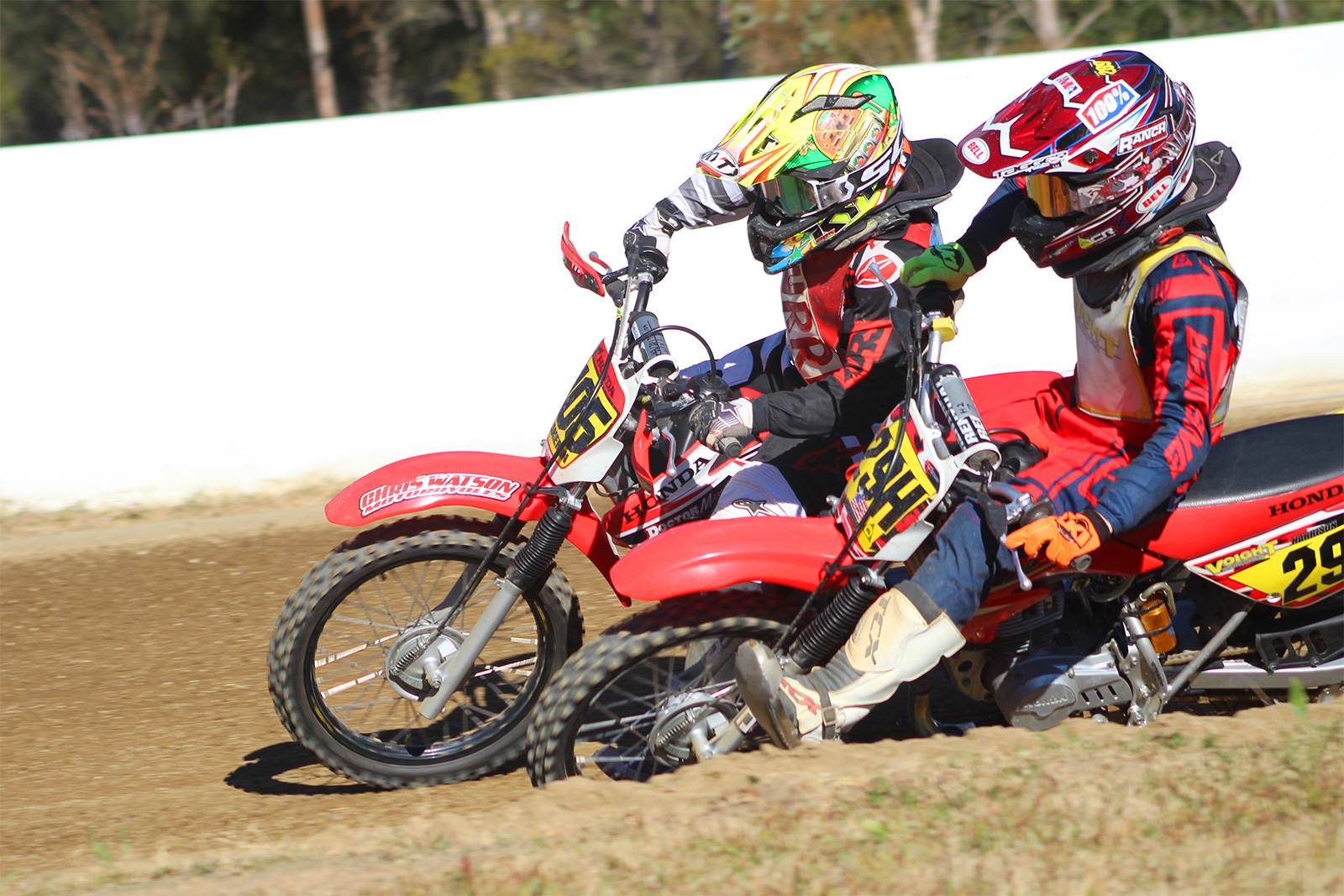 The Tamworth Club‰Ûªs Oakburn Park track is the venue for yet another title meeting which is sure to provide plenty of excitement across Saturday and Sunday.

Riders are travelling from Queensland, Victoria and South Australia as well as all over New South Wales to take part in the meeting.

The ‰Û÷double‰Ûª of success in the same class at both dirt track and track competition is always a particular goal so winners from the Australian Junior Dirt Track Championships completed in August will be in the spotlight.

But for those who were not successful in August, they will be hell-bent on revenge this weekend.

Riders in the 13 to 16 years age bracket invariably attract the most attention and this action looms as a battle between three states.

But this weekend will not just be a Weale versus Smith battle given the presence of the likes of Queenslanders Tristan Adamson, Rowan Miller and Hunter Penhallurick, Victorians Max Berry and Remmie Fyffe, plus Kurri duo Harrison Ryan and Jayden Rodgers and Gunnedah rider Tom Donnelly.

In the younger age brackets Gold Coast rider Riley Nauta, Kempsey‰Ûªs Jayden Holder, Kurri rider Cameron Dunker and Archie McDonald from Albury-Wodonga are all striving to back up wins in the national Dirt Track titles.

Jayden Holder is attempting to make it a double in the 85cc 4-str. Modified class for 7- Under 10s, but on his 65cc machine he has stepped up from the 7 to Under 9s and this weekend will contest the 9 to Under 13s where he will face the likes of Dunker and McDonald.

Another Gold Coast duo Harrison Voight and Rory McQualter, Victorians Jackson Milner and Zane Kinna, Mitch Bisley and Hayden Nelson from Taree, Beau Bailey from Forbes and Noah Grabham from Cowra will all be out to improve on minor placings in recent championship outings.