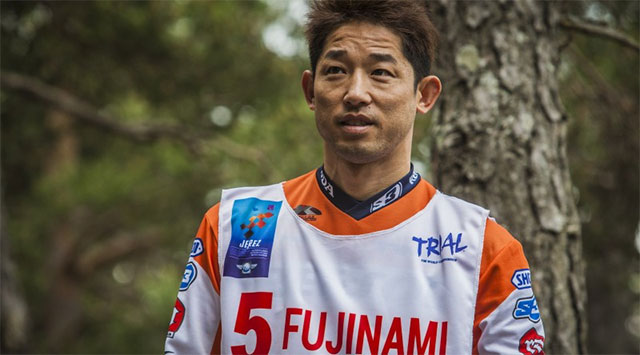 Takahisa Fujinami fell during the seventh edition of the Trial Urbain in Carpentras, France, fracturing the scaphoid bone in his left wrist and receiving treatment the same week. The rider was subjected to osteosythesis surgery using a compression screw to fix and stabilize the injury. Fujigas is under the supervision of Dr. Terricabras and Dr. Mir who anticipate a four-week period of convalescence and are, however, hopeful that the rider should be back in action for the final event of the 2016 FIM Trial World Championship.

"The operation went well according to the doctors," Fujinami said. "It was necessary to be able to ride in Italy. I won‰Ûªt be at 100%, but I trust in the surgeons who have said that I will be able to defend my third position which is my intention. I wanted to compete in any case and I will give it everything to be able to get the best result in recent years."