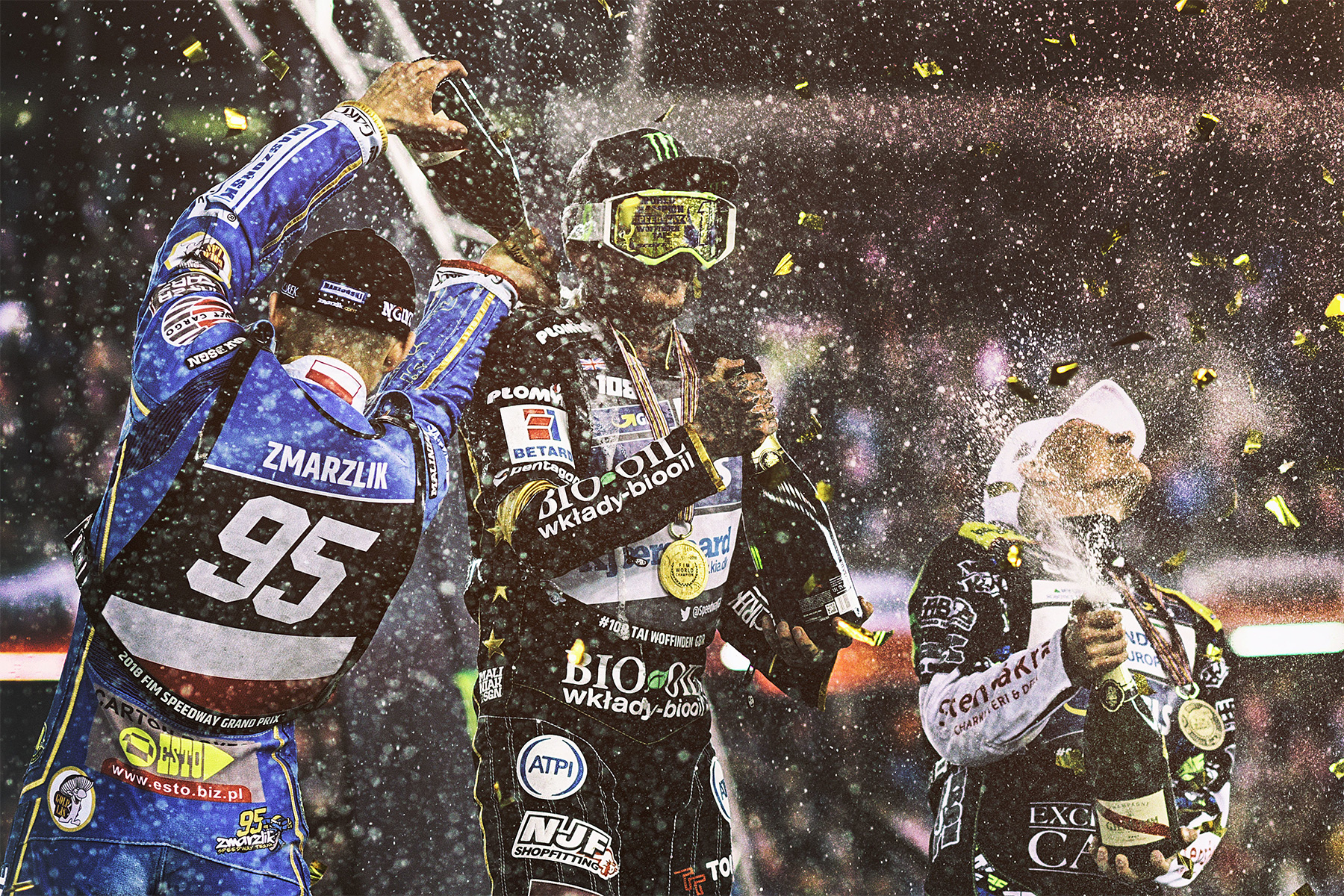 The Scunthorpe-born ace didn‰Ûªt just win the FIM Speedway World Championship; he topped the podium on the night in the Torun SGP of Poland, inflicting Artem Laguta‰Ûªs sole loss of the night as the Russian racer stormed to 20 points ‰ÛÒ one short of a seven-ride maximum. Emil Sayfutdinov finished third with Niels-Kristian Iversen fourth.

Woffinden, who also took gold in 2013 and 2015, was elated to make history and surpass fellow countrymen Freddie Williams and Peter Craven‰Ûªs brace of world titles.

But now he‰Ûªs ready to race for even more history as he bids to become only the third rider to retain the sport‰Ûªs biggest prize in the SGP era since 1995.

‰ÛÏAfter I won my 2013 championship, we were sat in a room with Nicki (Pedersen), Crumpy (Jason Crump), Greg (Hancock) and (Chris) Holder. I mentioned that I wanted to break the six-time world champion record," Woffinden said.

‰ÛÏThey all kind of had a little laugh between them. But I‰Ûªve done it three times in six years and I will do it six times.‰Û