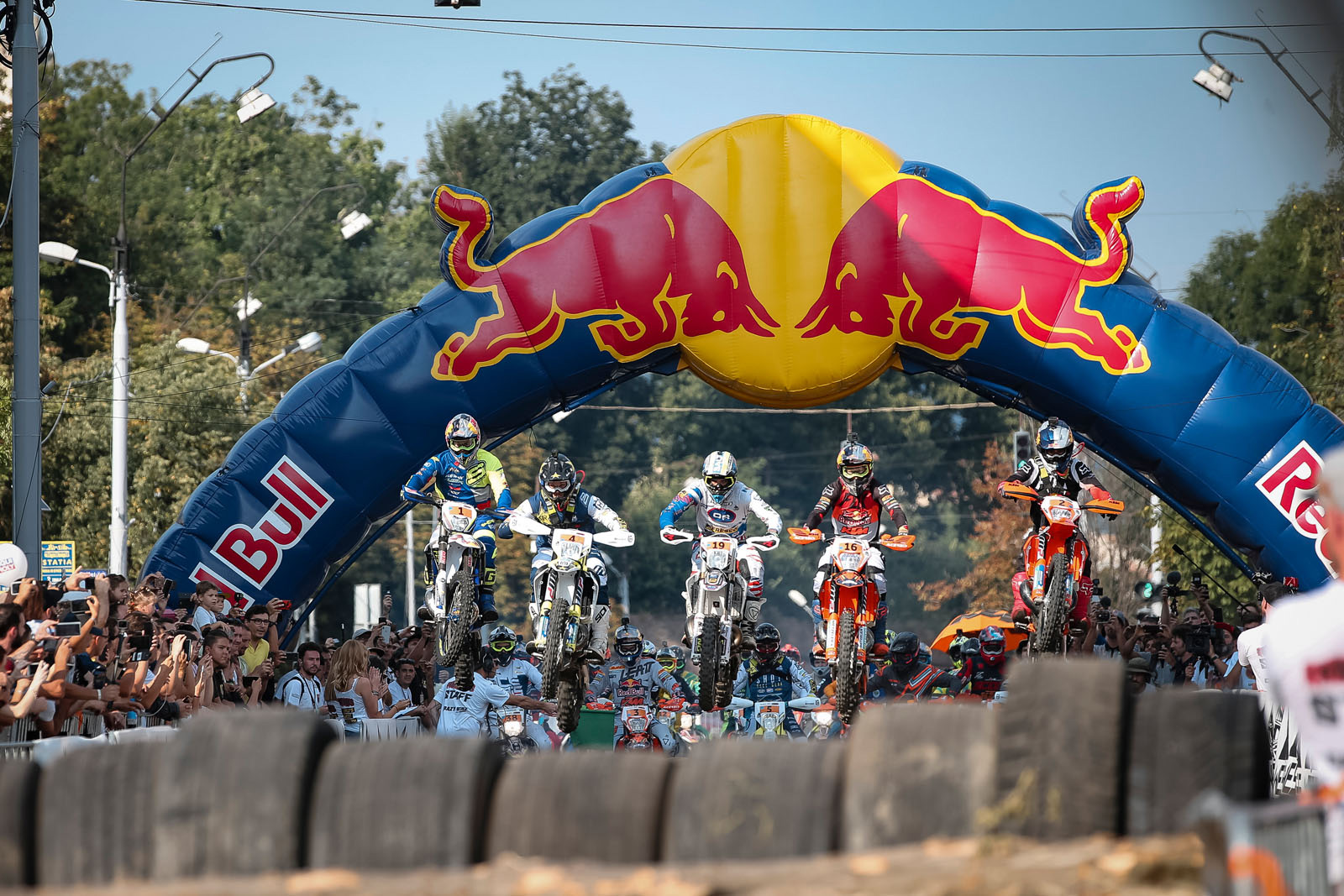 The Gold Class launch off the start - å© Future7Media
TTaddy Blazusiak got off to a flying start at round five of the World Enduro Super Series by claiming the Red Bull Romaniacs Prologue win.

The Red Bull KTM Factory Racing star led home a strong field of Gold Class riders to take victory on the streets of Sibiu. He was joined on the podium by teammate Jonny Walker (GB) and TTR Officine Rigamonti‰Ûªs Pol Tarres (ESP).

After much anticipation the fifth round of the World Enduro Super Series got underway in Sibiu, Romania, marking the 16th edition of Red Bull Romaniacs. Thousands of spectators gathered on the city streets to watch the world‰Ûªs best Enduro riders, from up to 50 nations, do battle.

As the feature race of the day, the bumper-entry Gold Class saw 38 riders take to the start line for the 10-minute plus one lap race. 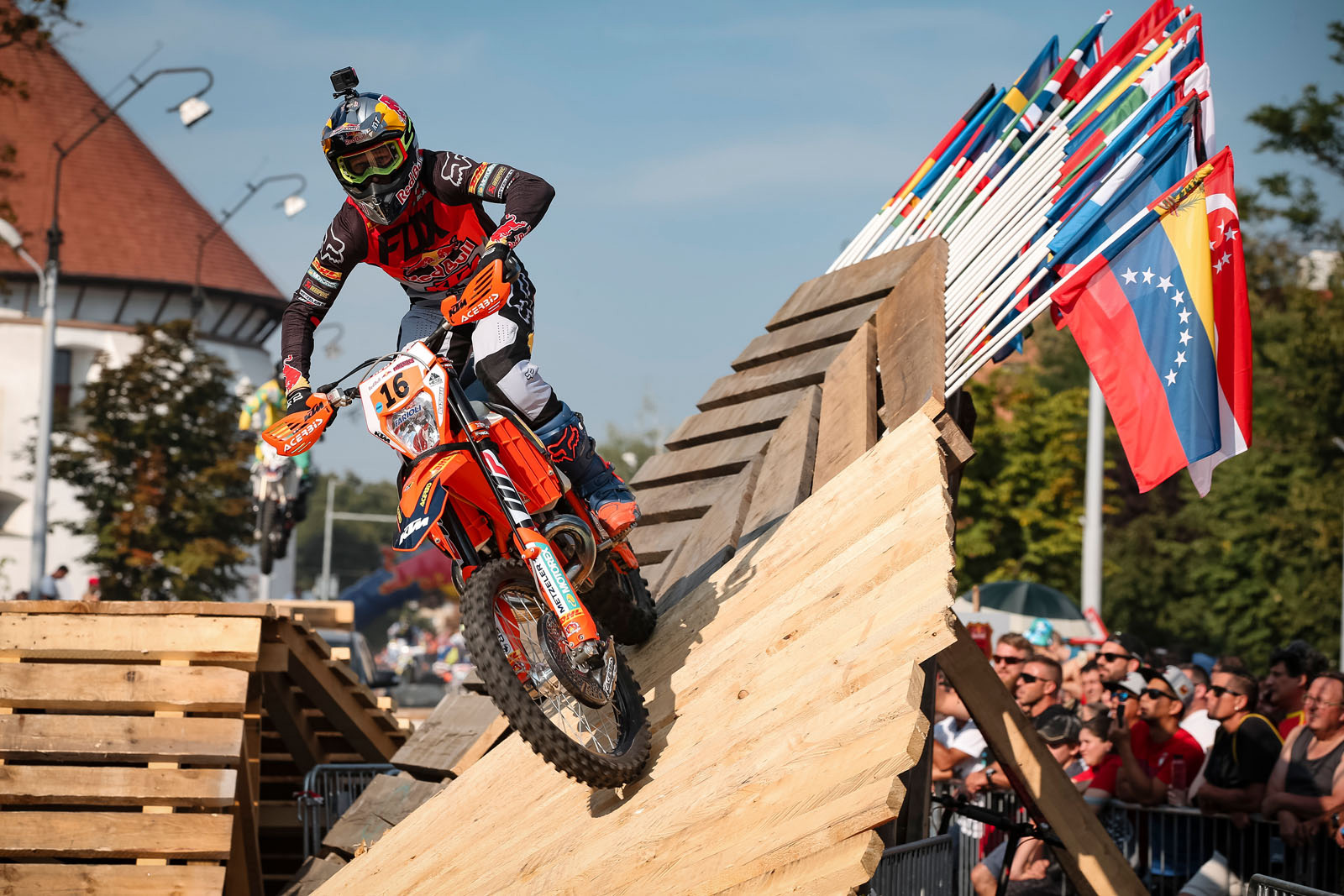 Blazusiak Secures Confidence-Boosting Win
Poland‰Ûªs Taddy Blazusiak (KTM) was eager to show his speed and quickly grabbed the holeshot. Riding both aggressively and confidently on the tough and technical course, Blazusiak controlled the lead for the majority of the race.

Behind Blazusiak the fight for the remainder of the podium places was intense. As Young made mistakes and slipped backwards, Walker and Tarres came to the fore. Tarres momentarily took up second over Walker, but a mistake on the log beam allowed Walker back in front to eventually place second.

Despite his mistake, Tarres delivered one of his most impressive performances of the series so far to secure the final step of the podium in third. Rockstar Energy Husqvarna Factory Racing‰Ûªs Alfredo Gomez (ESP) rode a quiet race for fourth, with teammate Bolt in fifth.

‰ÛÏI had a great start - Billy Bolt was to the side of me and riding aggressive, but I thought to myself I'm not having any of it." Blazusiak commented. "I got my head down and charged for a few laps, but then I made a little mistake. Luckily, I had a good gap to the guys behind so was able to stay in front.

"From then on I rode defensive lines and just took it steady. It feels great to get the win, although it doesn't mean that much in terms of the whole event, however it‰Ûªs still a good feeling to win here in front of the crowds.‰Û 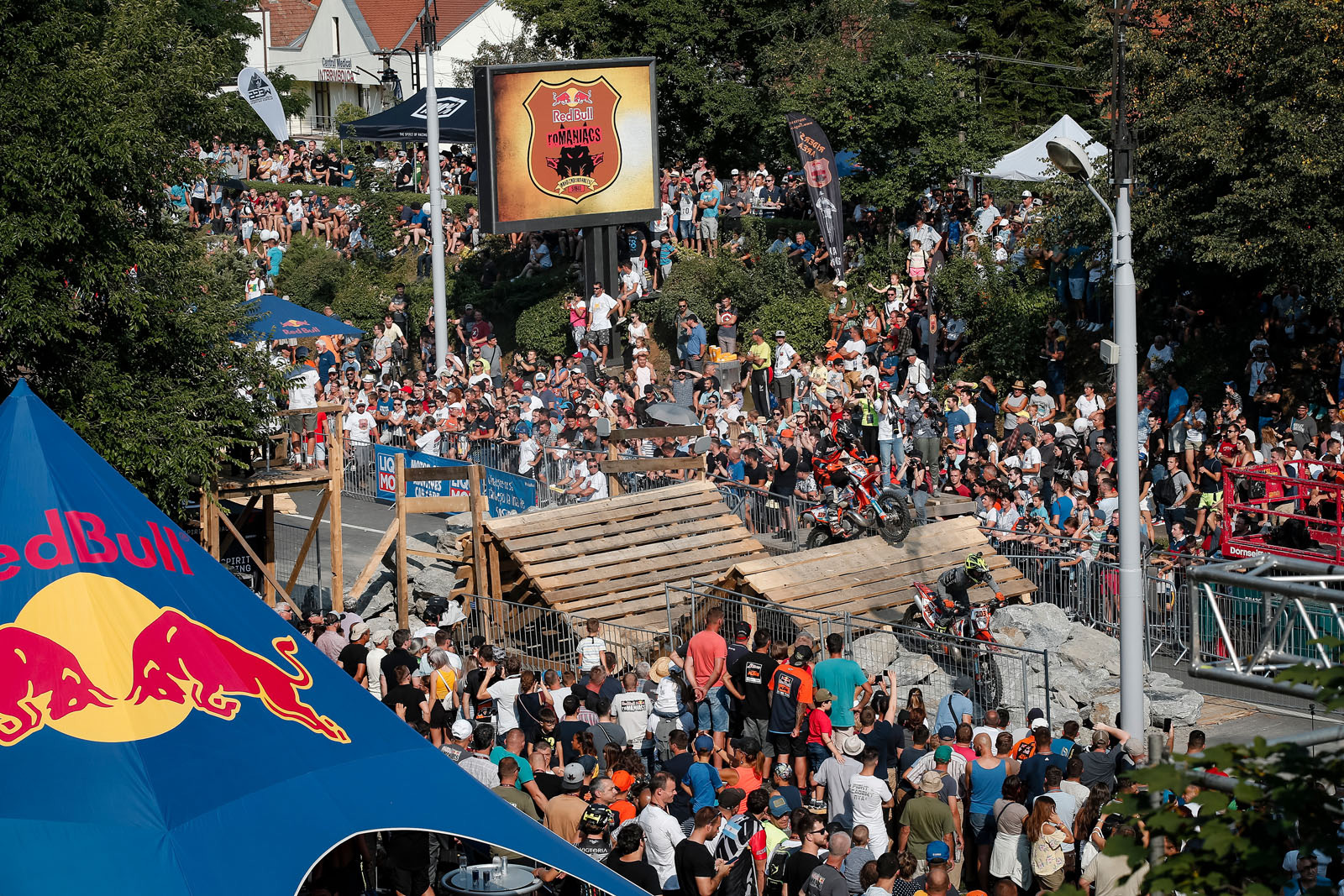 1000s of spectators came out to watch the action
In the Silver class it was a win for USA‰Ûªs Dustin McCarthy. The American rode to victory over Finland‰Ûªs Aleksi Vilkko with Britain‰Ûªs Stefan Simpson in third. 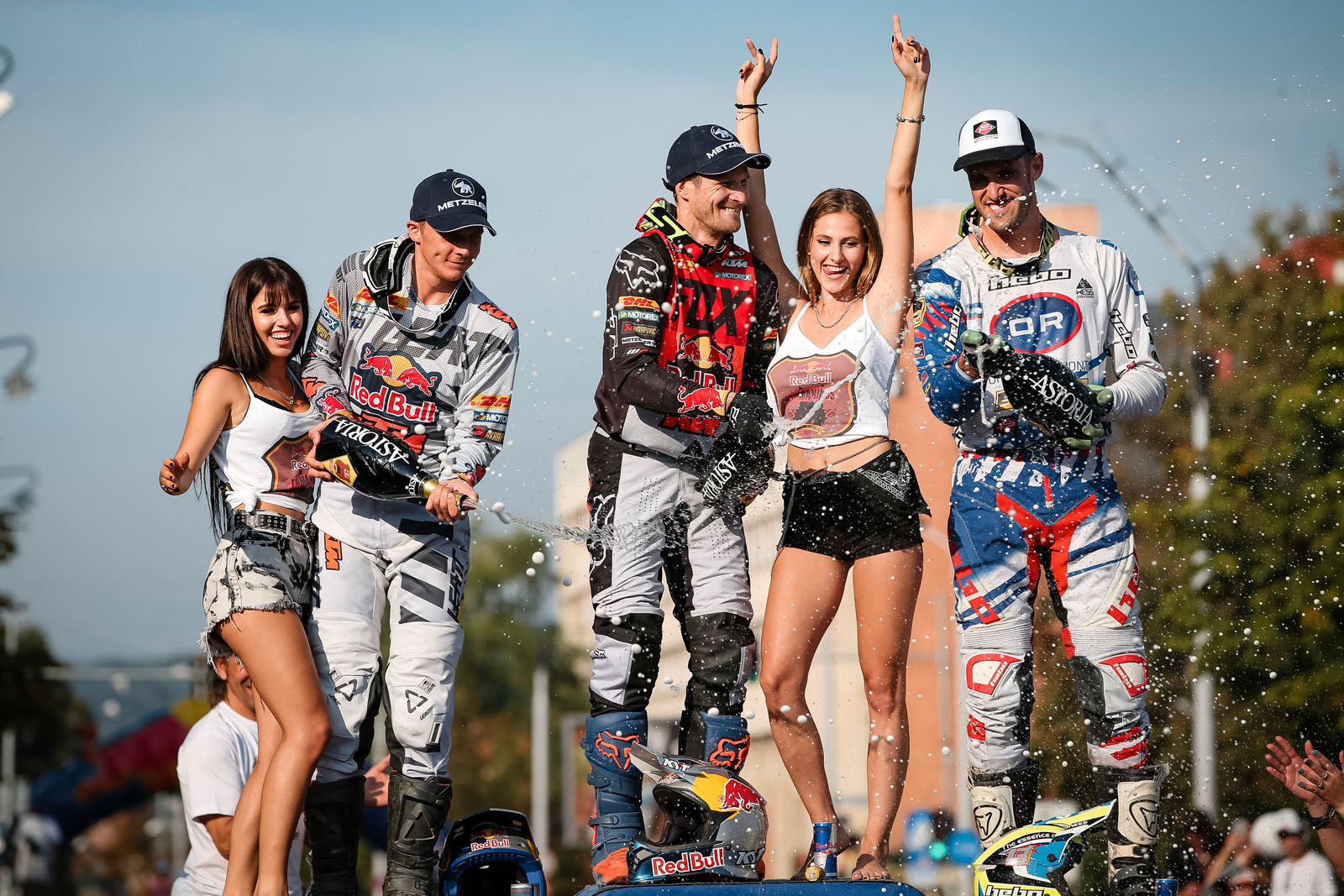