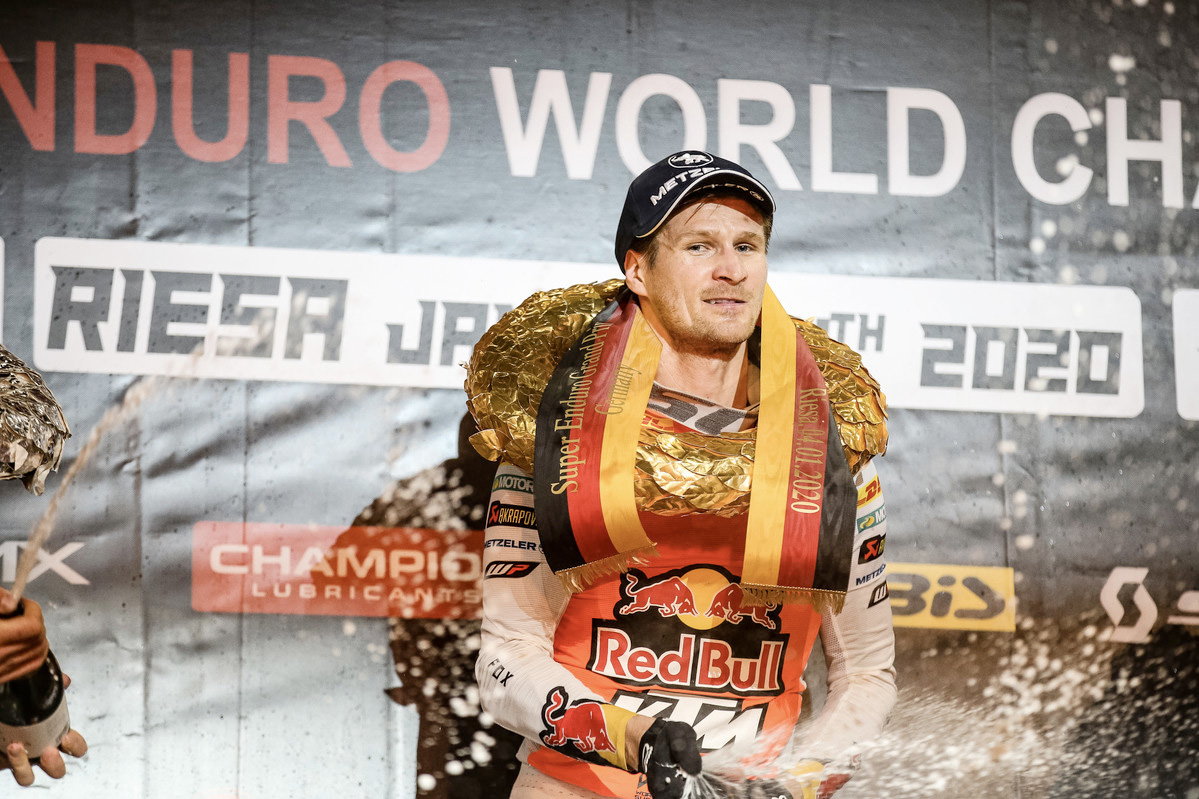 Winner Taddy Blazusiak. Photo: Future7Media
Taddy Blazusiak has claimed victory at round two of the 2020 FIM SuperEnduro World Championship in Germany ahead of Billy Bolt and Jonny Walker.

Riders faced another tight and technical track for round two of the FIM SuperEnduro World Championship, held at the Sachsen Arena in Germany. Multiple log hazards and rock gardens created a gruelling course that required maximum focus in order to secure a strong result.

Runner-up at the opening round, Taddy Blazusiak knew he had to claw back important championship points in order to stay competitive in the short five-round series. Getting his night off to a strong start, Blazusiak posted the second-fastest time in SuperPole qualifying, beaten only by teammate Jonny Walker.


Race one started well for Blazusiak, completing the first lap in third place. With the top two riders both having problems, he took the lead and never looked back, ultimately taking the chequered flag with a huge 34-second advantage. The second race, despite the reversed grid, went very much the same way as the first ‰ÛÒ Blazusiak, riding consistently, made his way to the front leaving his rivals behind.

The third and final race saw Blazusiak take the holeshot and instantly create a comfortable lead. Using his skill and experience to master the demanding track, the Polish ace never faltered and completed his hat-trick of first-place results to claim the overall win. Despite his main championship rival finishing second, Taddy earned enough points to move himself into the lead of the series standings with a useful 11-point advantage going into round three.

‰ÛÏI don‰Ûªt know what to say, I‰Ûªm over the moon, it‰Ûªs been such an amazing night," Blazusiak said. "All of the races went really well today and fell into place. You still need to earn your results though and I knew that this round would be tough. With a track like this you can‰Ûªt just sprint the whole thing or you will make mistakes so I knew if I stayed consistent it would pay off. My plan was to stay safe and just ride to the limit of the bike with the minimum of errors. I‰Ûªm really happy to go into round three with the championship lead. Spain is like a second home race for me, so I hope I can do the same thing there and come away with another win.‰Û 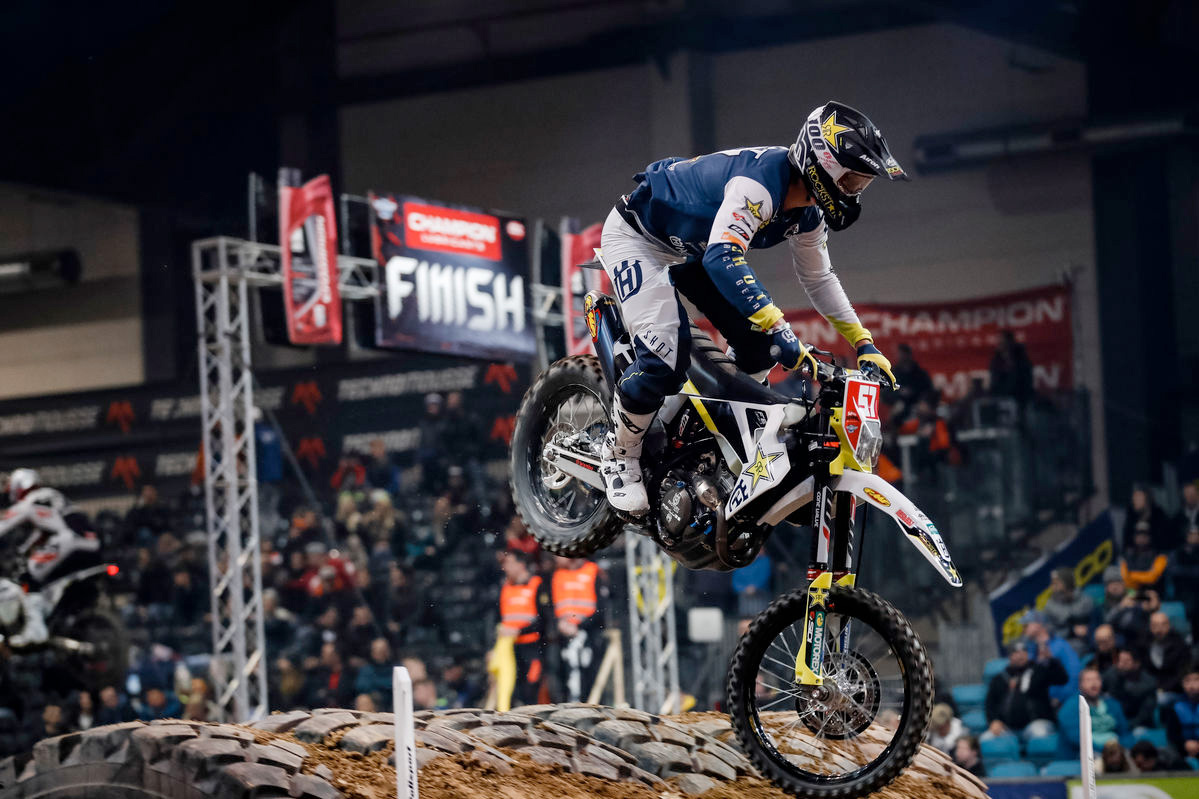 Billy Bolt. Photo: Future7Media
Billy Bolt finished second after arriving as series leader following a highly impressive winning performance at the opening event of the championship, Bolt endured a challenging night inside the Sachsen Arena in Riesa with a heavy fall in the opening final preventing him from performing at his best.

‰ÛÏIt was certainly a difficult night for me," Bolt reflected. "It looked like things were going to go well ‰ÛÒ the track really suited me, so I was really looking forward to seeing what I could do. I felt like the track could be ridden aggressively, but maybe that was where things went wrong for me. There was definitely a racing line, but I made too many mistakes. The crash I had in the first race was pretty big, I hit the ground pretty hard and that detuned me for the other races. After that I just wanted to get as many points as possible. For the championship things didn‰Ûªt go like I wanted, but my speed was good. It‰Ûªll be back to work on Monday, with three rounds of the series still to go there everything to fight for.‰Û 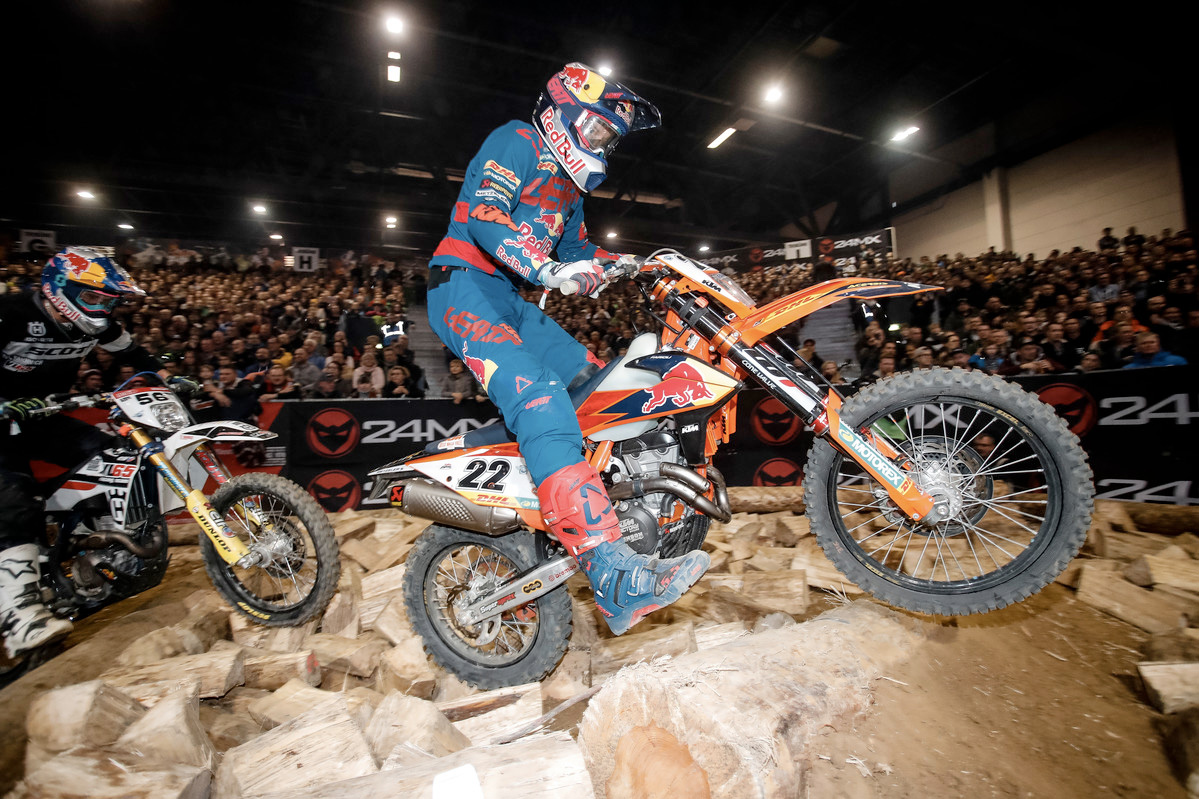 ‰ÛÏTonight was really tough. I‰Ûªd be lying if I said I was happy with how things turned out, especially after showing I had the pace by claiming the SuperPole win," Walker said. "I have to look on the bright side though ‰ÛÒ I‰Ûªm feeling really good on the bike and I‰Ûªm close to being back to 100 percent fit now, too. If things go well at the next round in Spain, I know I can challenge for the win.‰Û 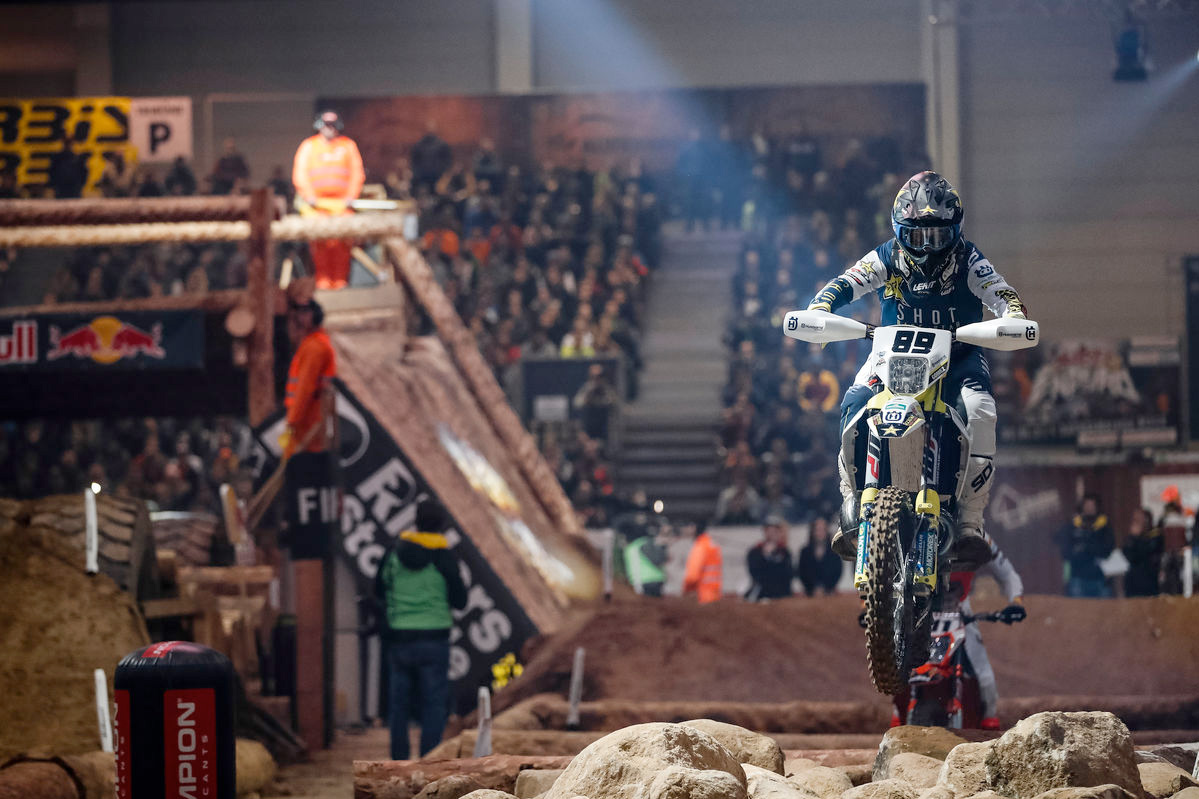 Alfredo Gomez. Photo: Future7Media
Alfredo Gomez and Blake Gutzeit rounded out the top five for the night. Blazusiak now takes an eleven point lead in the championship over Billy Bolt as th 2020 FIM SuperEnduro World Championship continues with round three in A Coruna, Spain on January 18 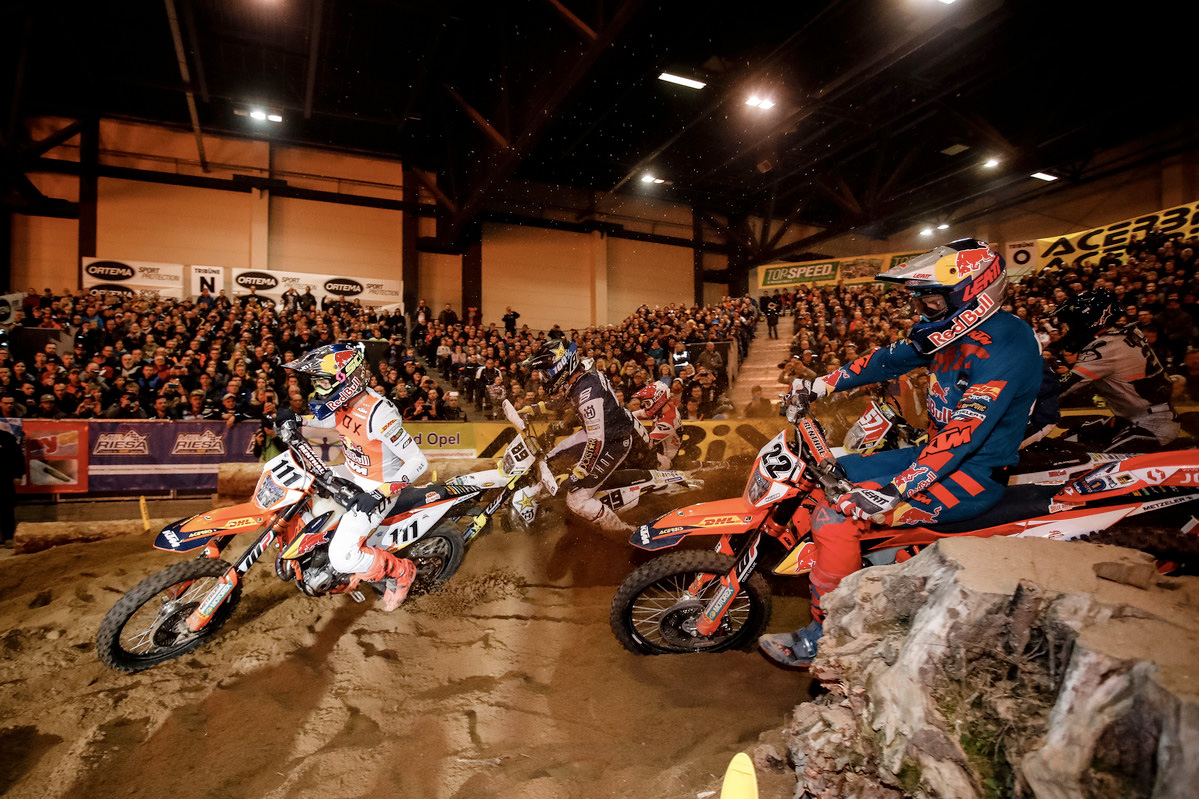