Taddy Blazusiak bows out with a win 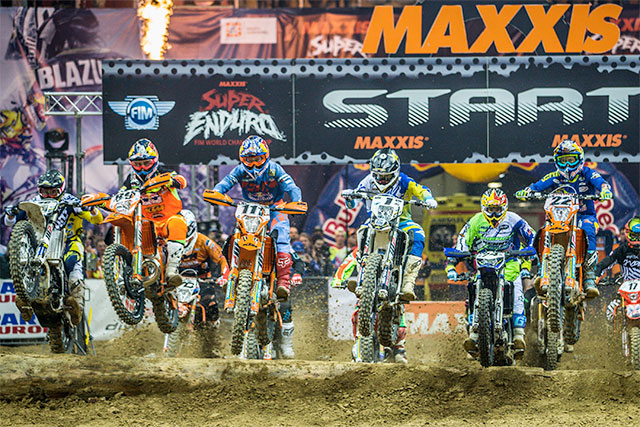 The first round of the 2016/17 FIM SuperEnduro World Championship in Krakow, Poland delivered an exciting yet poignant night of racing for the Red Bull KTM Factory Racing team as former six-time SuperEnduro champion Taddy Blazusiak marked the last official race of his career with a well-deserved overall Prestige class win over defending champ Colton Haaker.

With Alfredo Gomez rounding out the podium in third and Jonny Walker finishing just one-point behind in fourth it was a memorable night for KTM inside the Tauron Arena in Krakow.

The star of the show was unquestionably Taddy Blazusiak. Ending his illustrious career with overall victory, in winning two of the night‰Ûªs three finals and placing second in the third he gave the 13,000 Polish fans exactly what they‰Ûªd come to see. 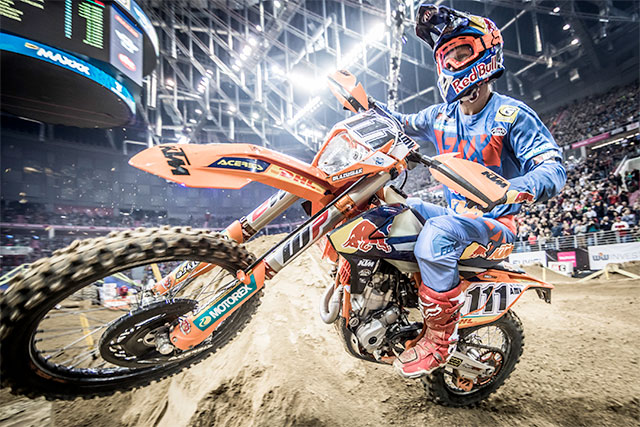 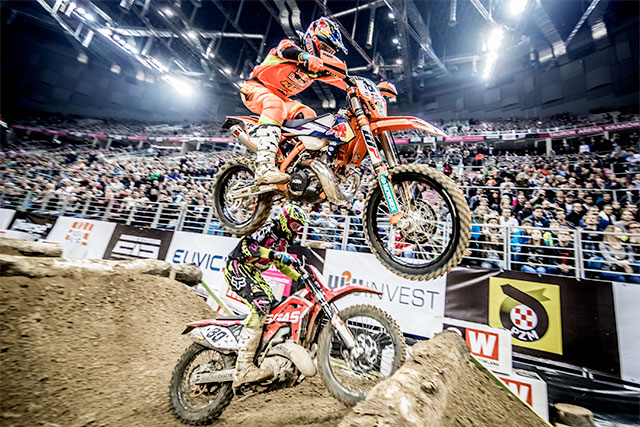 ‰ÛÏIt was a solid night for me. My riding was good and I felt I was the fastest guy throughout the night. I believe I showed the overall victory was well within my reach. In the first race I trailed Taddy for three laps before deciding to make my move for the lead. It just happened that I made my pass under yellow flags, so I ended up getting a 10-second penalty to finish second. In the second final the reverse start kind of got me. I came from way back to finish third. Then in the last race Taddy got me in the start so I followed him for a couple of laps before making my move for the lead. After that I kept checking out and despite a small fall I managed to get the win. The track in Poland was one of the hardest we‰Ûªve ever raced. For me it‰Ûªs super important that I started the series on the right foot and I‰Ûªm looking forward to the next round in Germany.‰Û 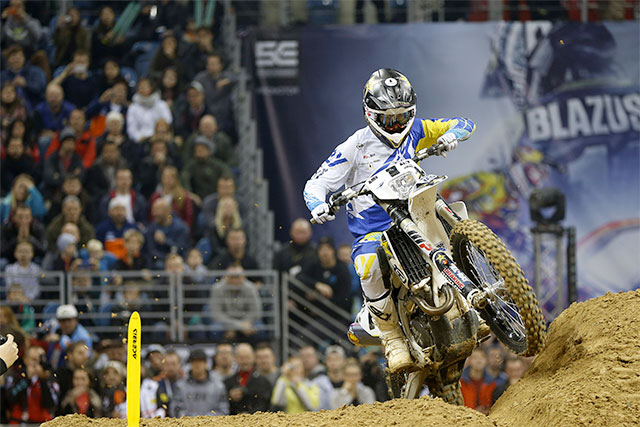 Colton Haaker finished second overall for a solid start to his title defence
Joining team-mate Blazusiak on the podium Alfredo Gomez secured one of the night‰Ûªs stand-out rides, showing the importance of consistency. Jetting back to Europe from The Roof of Africa, with virtually no real time spent preparing for SuperEnduro the Spaniard placed 4/2/3 for third overall with his KTM 300 EXC.

‰ÛÏI‰Ûªm just so happy to get a spot on the overall podium,‰Û