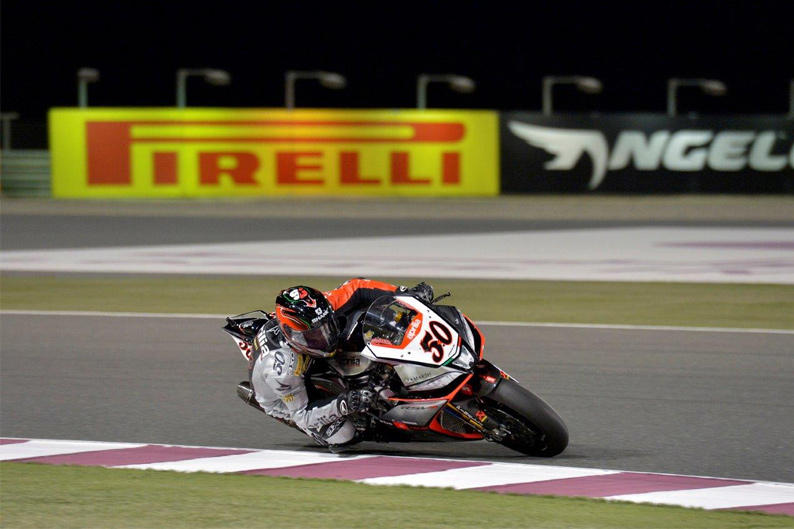 Sylvain Guintoli (Aprilia Racing Team) is the 2014 eni FIM Superbike World Champion after an impressive double win on board his Aprilia RSV4 last night, under floodlights, at the Losail International Circuit in Qatar.

Frenchman Guintoli went into the round with a 12 point deficit to defending champion, Tom Sykes of Kawasaki, and blitzed the entire field with two emphatic victories to walk away the championship crown. It was Guintoli‰Ûªs first double win of his world superbike career.

The 32 year old won the first race to close the trailing gap to Sykes to just three points, going into the final showdown.

He stamped his mark on race two from the start, took the lead on lap five, and courtesy of a strong race pace and a new lap record of 1‰Ûª57.906, pulled a solid gap on the chasing duo of Jonathan Rea (Pata Honda World Superbike) and Tom Sykes to streak ahead to the chequered flag and title victory.

Sykes and Rea battled race long to determine the final spots on the podium with the Honda rider just edging the outgoing champ Sykes for second in the final three laps.

‰ÛÏI cannot believe it." Guintoli remarked after the second race. "I have been imagining this double win for the whole month. I never felt so good riding with this or any other bike before. I just enjoyed it so badly.

"It has been such hard work all season, trying not to make many mistakes. Tom has been very fast and consistent. After Laguna, when the gap was 44 points, it was a difficult situation. But we were back and in this last round I‰Ûªve shown I‰Ûªve got the speed and what it takes to win.

"I proved it to myself and I‰Ûªm happy. I think the title will sink in later on but for now I‰Ûªm just overwhelmed.‰Û
Tom Sykes lead the championship for most of the year only to see it slip away at the final round of the season - Credit: Kawasaki Racing
For reigning world champion Sykes had nothing but praise for Guintoli.

‰ÛÏI don‰Ûªt mind taking my hat off to a worthy champion." Sykes commented. We have tried so hard all year and of course, a few incidents come to my mind now. But it is what it is.

"After the last few rounds, we knew Sylvain and Aprilia would have been strong. Unfortunately the outcome of today was‰Û_ the winner takes it all. Sylvain, he did a great season.

"Obviously we‰Ûªve had some limitations today. I tried my best in race two, unfortunately it wasn‰Ûªt enough. But that‰Ûªs racing. Luckily this race is quite late in the year so I won‰Ûªt be too hard on myself for too long. The start of the next season won‰Ûªt be too far away and I‰Ûªll be putting my efforts into that.‰Û 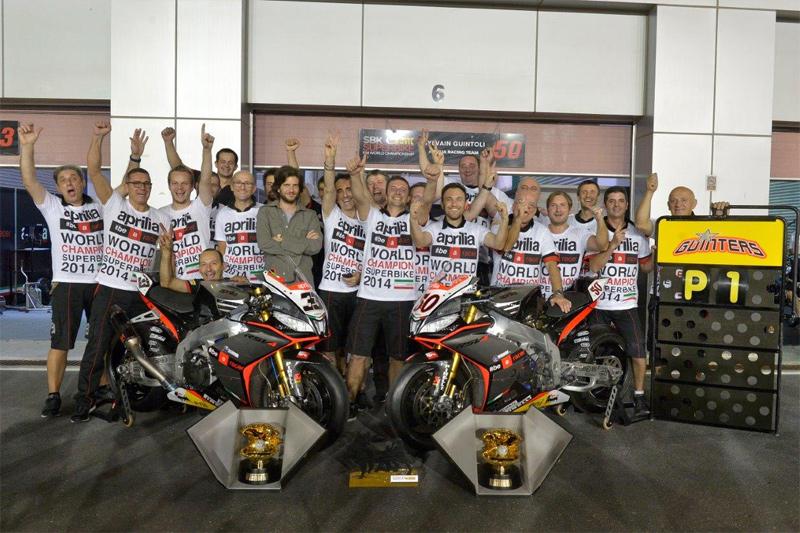