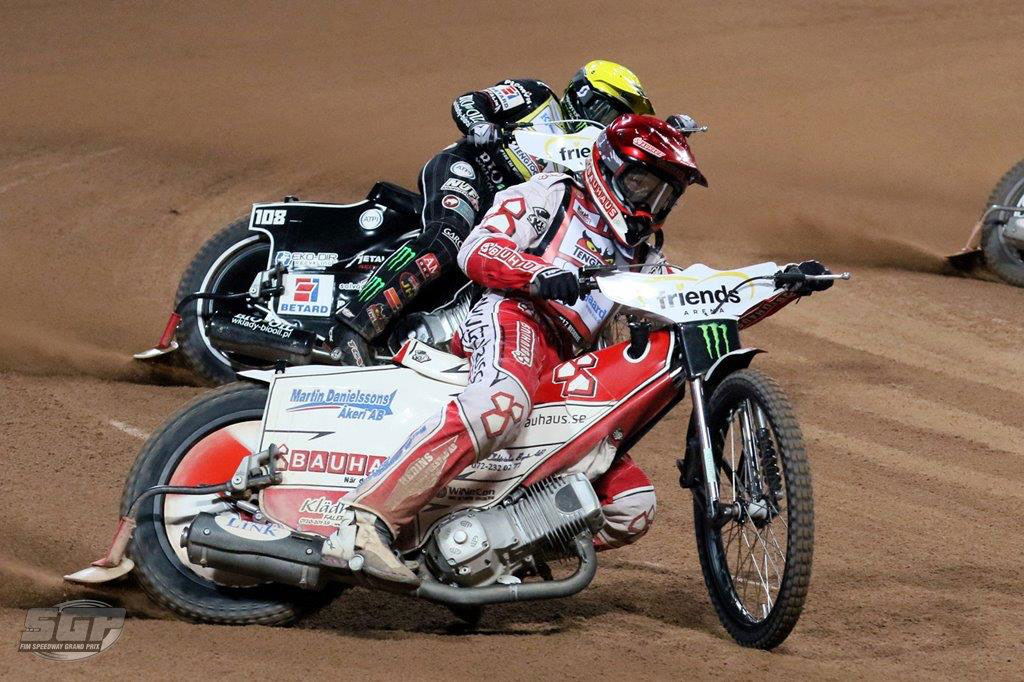 Thorssell did it the hard way after reaching the semi-final with 10 points, while Andreas Jonsson, Linus Sundstrom (both 13) and Kim Nilsson (12) all progressed automatically through to the final as top scorers in the heats.

Thorssell then carried his momentum into the medal race, beating Rospiggarna legend Andreas Jonsson on his home track, denying him a record-equalling eighth Swedish title in the process. Nilsson was third with Sundstrom fourth.

The Scandinavian SGP will be Thorssell‰Ûªs third World Championship appearance after he made his debut as a wild card at the 2016 Stockholm SGP, scoring one point.

He then scored four points as a track reserve in the Swedish capital a year later, winning heat 12 ahead of SGP icon Tai Woffinden, Freddie Lindgren and Martin Smolinski.

Thorssell heads to Malilla with plenty of experience around the G&B Arena, as he races his Swedish Elitserien home matches there for Dackarna.

He‰Ûªs joined in the meeting by world No.3 Lindgren and SGP regular Antonio Lindback. Track reserves will be confirmed in due course.