Sweden sees off Australian, USA and Germany in SWC 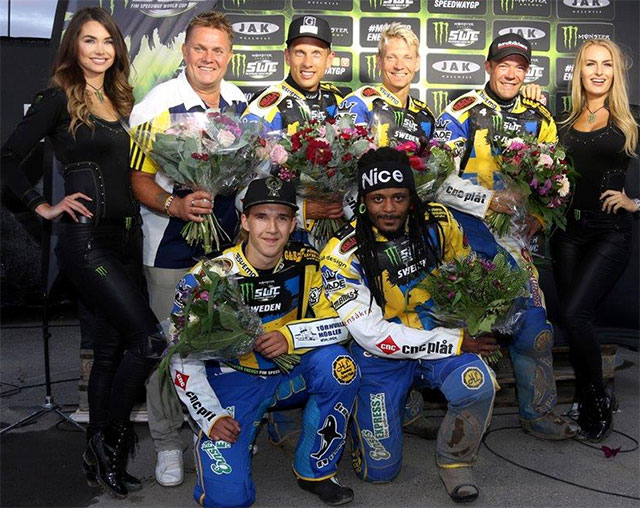 Sweden join hosts Great Britain and Poland in the Monster Energy SWC Final in Manchester on Saturday, with Australia and the USA facing Denmark and Russia in the Race Off on Friday for the fourth spot in the Final.

A fantastic crowd turned out to roar the Swedes through, with Jonsson and Antonio Lindback topping their scorechart on 13 points apiece. Fredrik Lindgren and local hero Peter Ljung weighed in with 11 each as the hosts sealed victory with two races to spare.

Jonsson was delighted with the way his team dealt with the huge weight of expectation from the home fans and thrived on the support of a great crowd.

"The fans were unbelievable," Jonsson said. "It was really good to be racing in front of such a nice home crowd. You could see they backed us up great.

‰ÛÏIt‰Ûªs nice to win when you have the home fans there because there‰Ûªs a lot of extra pressure. When you can do it and perform, it‰Ûªs such a lovely feeling. It was really good. I‰Ûªm really happy. If you look at the performance of the whole team, everybody did such a good job. That‰Ûªs the most important thing. We worked as a team and we won as a team.‰Û