Sweden into Monster Energy SWC Final with victory in Vastervik. 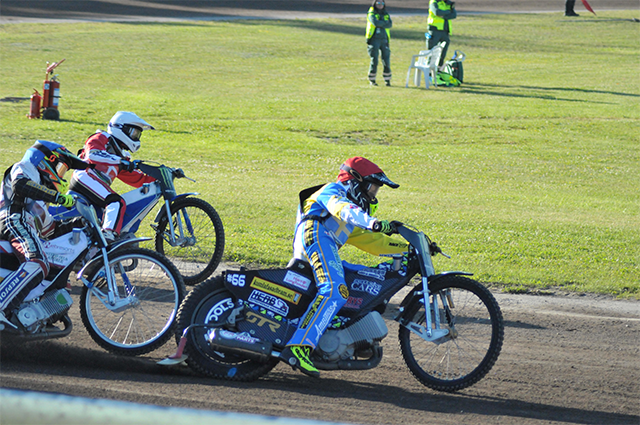 Swedish skipper Fredrik Lindgren led his side into the Monster Energy FIM Speedway World Cup Final, and then demanded even more after their hard-fought victory in Vastervik on Tuesday.

The hosts won Event 2 on 37 points to join Poland and Great Britain at Saturday‰Ûªs Final at Polish track Leszno.

Russia finished second on 30 to book their place in the Race Off, also in Leszno, on Friday. Meanwhile, qualifiers Latvia sprung one of the biggest upsets in SWC history, dumping four-time Ove Fundin Trophy winners Denmark out of the competition when Andzejs Lebedevs beat Niels-Kristian Iversen in an epic run-off for third after the teams tied on 28.

In one of the most hotly-contested meetings the Monster Energy SWC has witnessed, Lindgren was elated to see his team prevail. But he called on them to raise their level again when they go for gold on Saturday.

"It was entertaining for sure," Lindgren said. "I‰Ûªm very impressed with all the teams tonight. Everyone was fighting for every point. The points were so close all the way through the meeting. We are really happy that we were able to pull it off in the end.

‰ÛÏWe‰Ûªre really happy to be in the Final. I know from before that when you go into the Final, all four nations are good. On the night, anyone can win.

‰ÛÏWe‰Ûªre going to go there with a positive feeling. Even though we got the result tonight, I don‰Ûªt think we performed to 100 percent. I think we need perform a little bit better on Saturday to get a gold medal.‰Û