Suzuki’s Hill and Peick endure a tough night in Atlanta 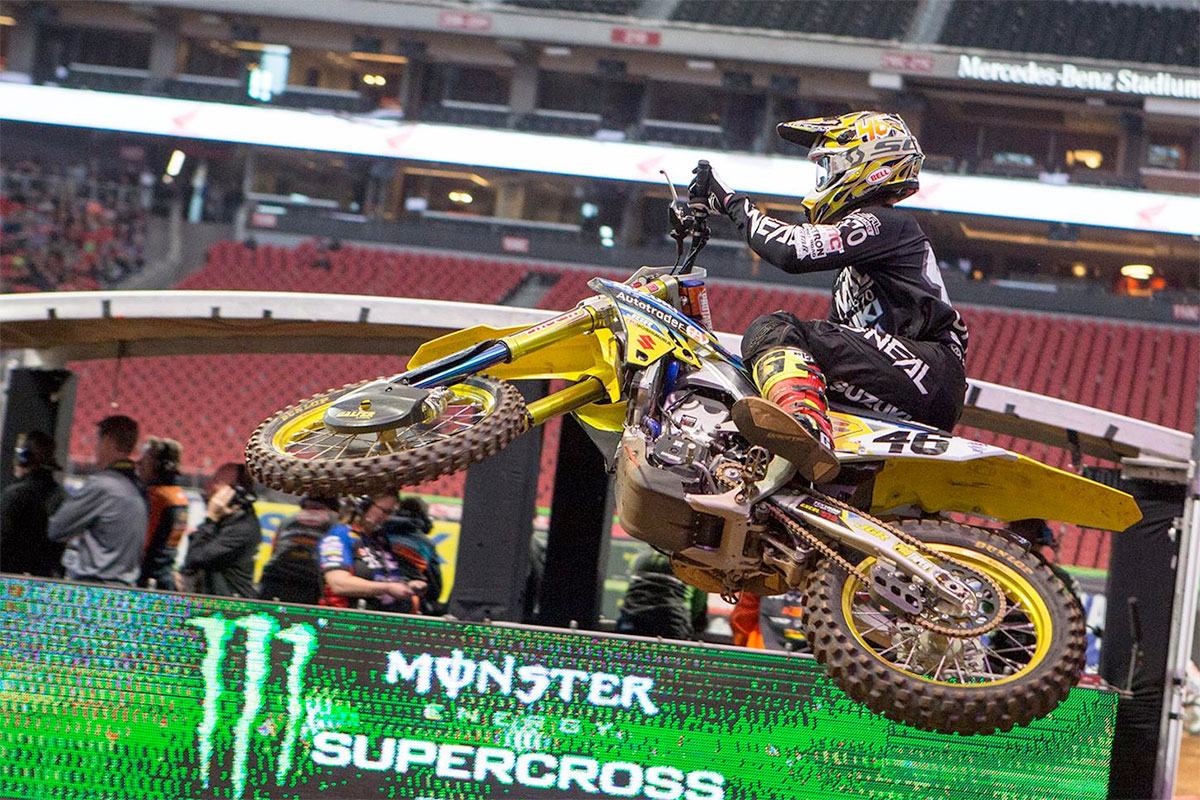 Justin Hill's stella form in the 450SX class came crashing down when the defending 250SX West champion came up short on a challenging rhythm section resulting in a broken toe.
Autotrader Yoshimura Suzuki Factory Racing team riders Weston Peick and Justin Hill have endured a tough night of crashes at round 9 of the 2018 AMA/ FIM World Supercross series in Atlanta, Georgia on Saturday night.

Justin Hill's stella form in the 450SX class came crashing down when the defending 250SX West champion came up short on a challenging rhythm section resulting in a broken toe.

Hill looked inspired during qualifying, clocking the second fastest time, for the second for the unique ‰ÛÏTriple Crown‰Û 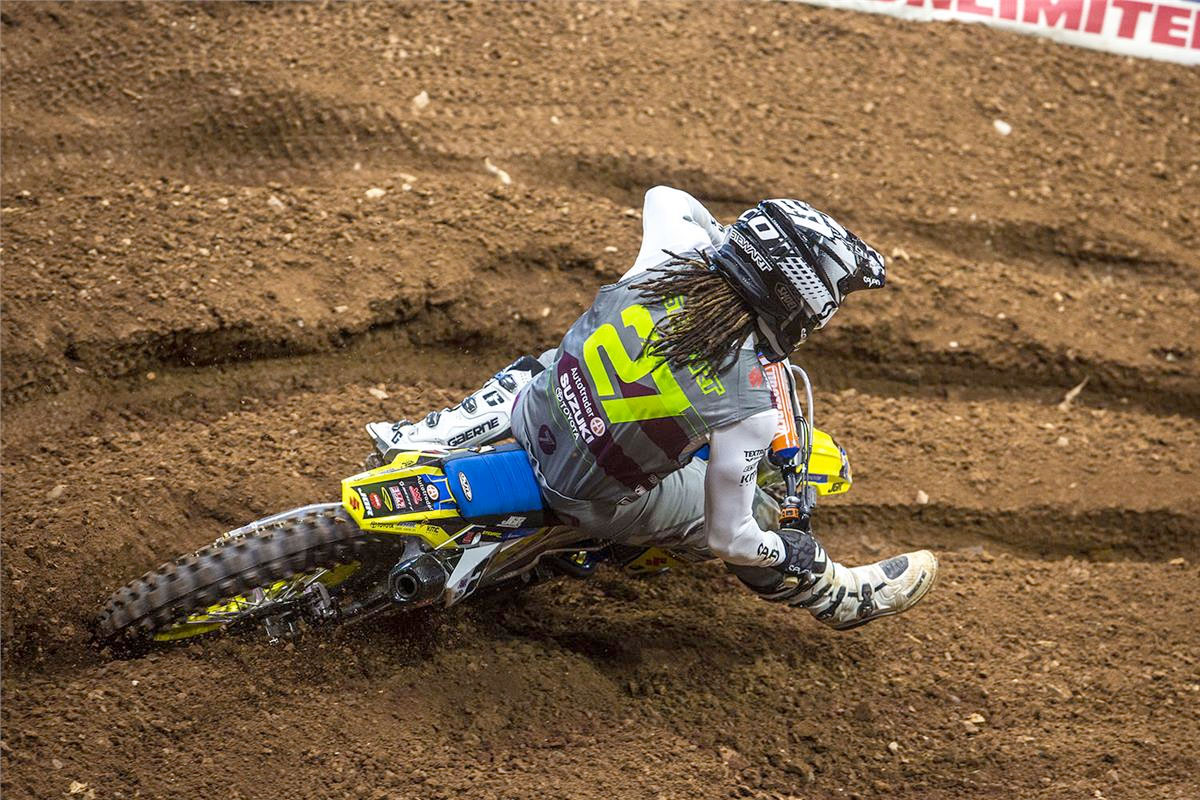 Malcolm Stewart is making the most of his opportunity with the team and he put his head down and charged in every Main Event to score a ninth-place overall finish.
Hill's team-mate Weston Peick was also in the wars having a similar mishap in the first 450 qualifying session when he ejected over the 70-foot triple jump. The SoCal native grimaced in pain, but fought his way into the night show. His efforts didn‰Ûªt go unnoticed by the cheering fans. Peick would have finished well inside the top-10 had it not been for a stroke of bad luck in the first moto. As it is, he stands sixth in the point standings.

‰ÛÏAtlanta was not a good race for me," Peick lamented. "I literally ejected off the face of the triple in practice. I don‰Ûªt know if I caught a Tuff Block with my foot or with my handlebars. My front end was ripped out of my hands. It was so fast that I don‰Ûªt know what happened. I landed on both feet and jacked up my left heel and right shoulder pretty badly.

"I pulled off early in the final practice session and forgot that it was the Triple Crown format, so I had to go to the LCQ. I won and got a bit of a flow. In the first Main Event, I had a good start, but another rider crashed into me. I had two good starts in the final ones and finished inside the top-10. It was not the night we wanted, but after the crash I had in practice I was happy to get out of the building in 12th overall.‰Û 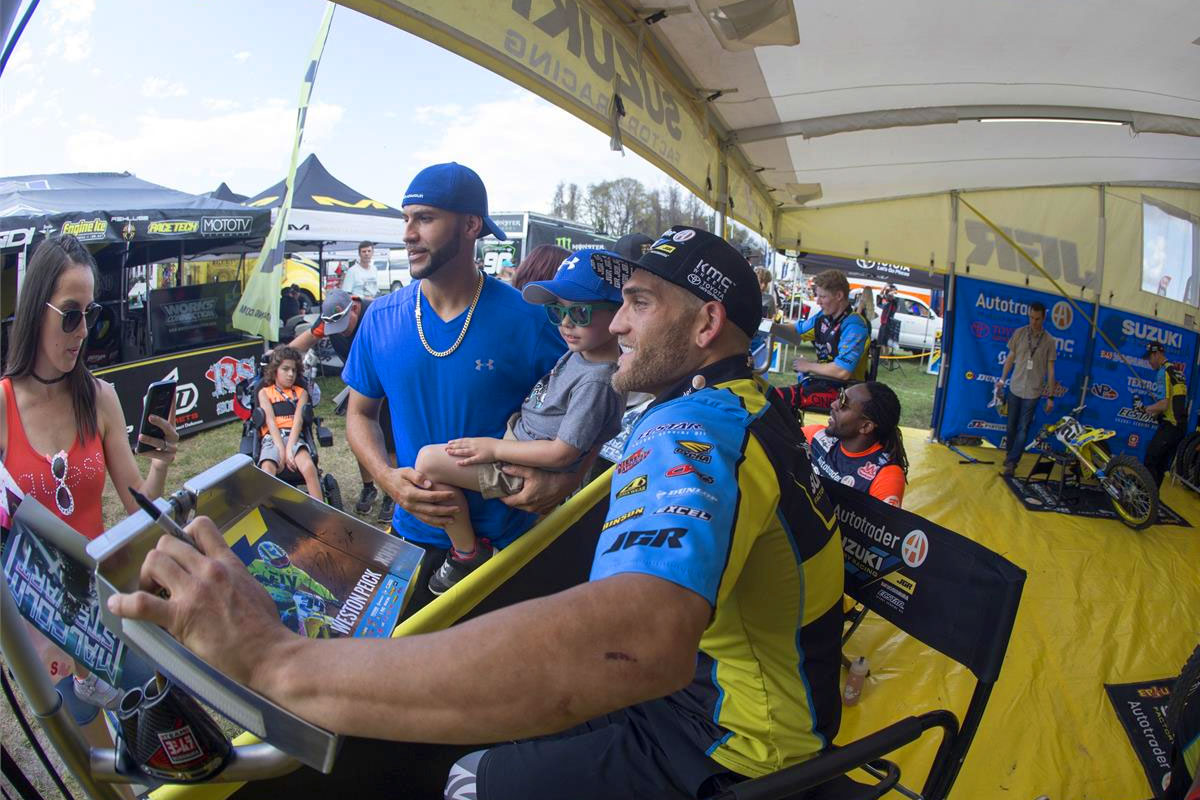 Weston Peick was also in the wars having a similar mishap in the first 450 qualifying session when he ejected over the 70-foot triple jump.