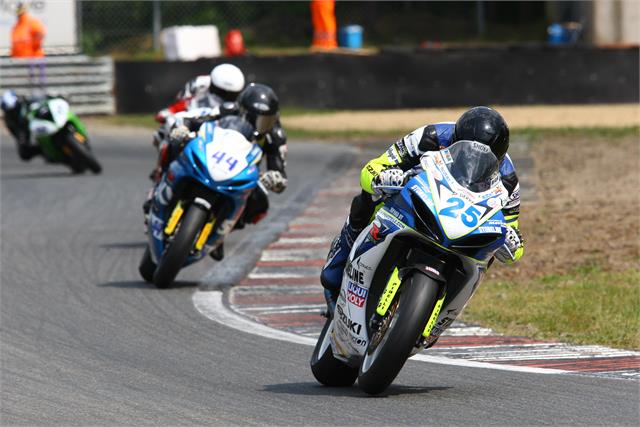 Team Suzuki‰Ûªs Tatu Lauslehto maintained his lead in the German IDM Supersport Championship after taking victory at weekend‰Ûªs second round in Zolder.

The Team Suzuki Stoneline Mayer GSX-R600 rider is now 20 points clear at the top of the nine-round series after finishing third in the opening race on Saturday, held in wet conditions, then racing to victory in Sunday‰Ûªs dry and sunny second leg.

The Scandinavian rode a steady race in Saturday‰Ûªs opening race from a front-row grid position, maintaining second place for some time. Christian Stange (HPC Power Suzuki Racing) managed to pass the Finnish rider towards the end, making it a 2-3 for the Suzuki camp.

‰ÛÏOur rain settings werenå«t perfect but I bounced back on Sunday, winning the race in sunny conditions." Lauslehto said

Stange, who posted the fastest lap time in qualifying, led the first three laps on Sunday before Lauslehto forced through to take victory, Stange taking a 2-2 score for the weekend. The young German

‰ÛÏRunner-up twice is ok. I‰Ûªm third in the championship just one point behind second place, so that is something to build upon.‰Û