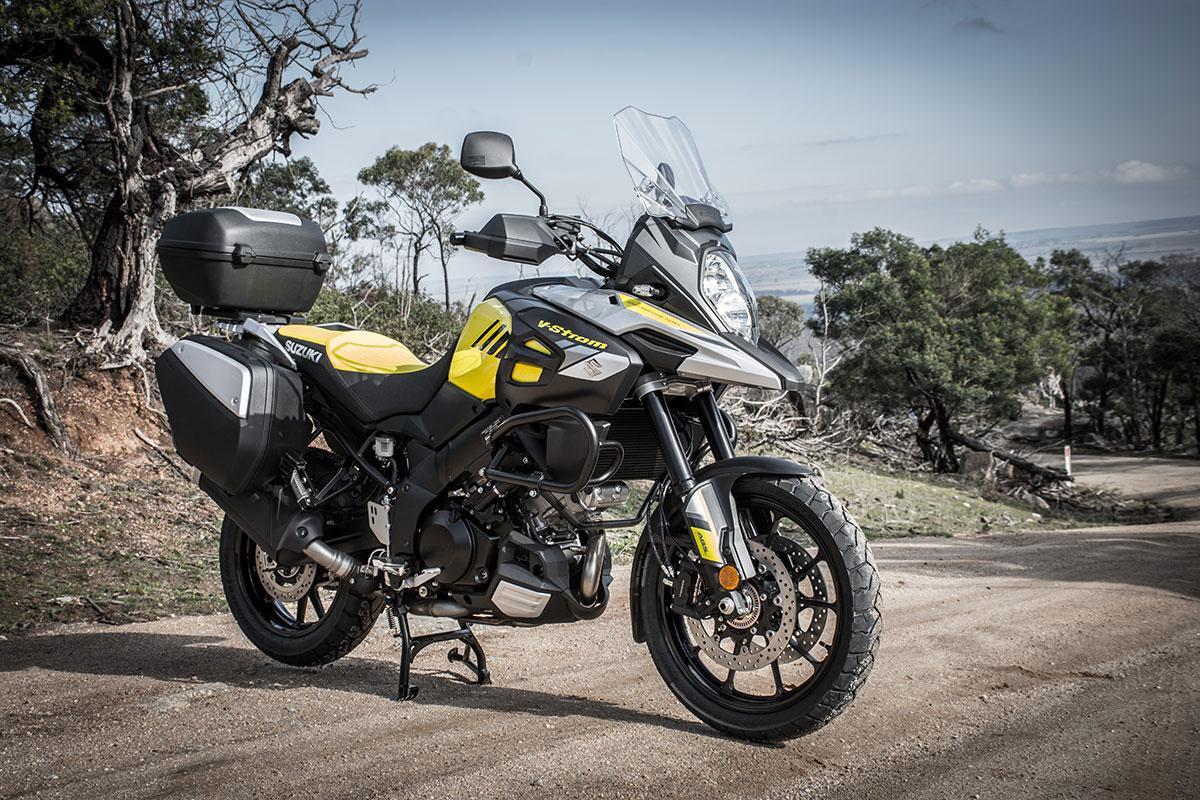 The bonus pack consists of all the essential and popular add-ons including a 35L Top Box, 39L Integrated Side Case Set, Engine Protection Bars, Centre Stand and LED Indicator Set.
For a limited time adventure touring customers can ride away on a 2018 Suzuki V-Strom 1000 or 1000XT with over $4,000 worth of bonus Genuine Suzuki accessories as part of the current ‰ЫПKitted for Adventure‰Ыќ promotion.

The bonus pack consists of all the essential and popular add-ons including a 35L Top Box, 39L Integrated Side Case Set, Engine Protection Bars, Centre Stand and LED Indicator Set.

For MY18 the V-Strom 1000 range received a host of significant refinements and improvements since the model‰ЫЄs major overhaul in 2014. The line-up was expanded to include the Cross-Touring ‰ЫПXT‰Ыќ variant which comes with wire-spoked wheels and oversized tapered handlebars as standard fitment.

The 1,037cc DOHC V-Twin thumps out 74kW (101ps) with an impressive 101Nm of torque as low as 4,000rpm providing a strong, rider friendly character and effortless acceleration regardless of the riding situation.

The Bosch ABS system has been upgraded to the ‰ЫПMotion Track Brake System‰Ыќ by installing a 5-Axis Inertial Measurement Unit (IMU), and by combining the information of the posture of the vehicle with the front and rear wheel speeds, realising optimal vehicle stability not only in straight-line braking but also when braking while cornering.

Also a new feature is the Combination Brake which automatically applies pressure to the rear brake when the front brake pressure rises to a certain pressure. This technology, combined with the Motion Track Brake System, will support the rider to stick to the intended line to a certain extent in situations such as sudden/excessive braking in corners, efficiently reducing the speed and stabilising the vehicle even when at various lean angles.

Suzuki‰ЫЄs well-praised traction control system carries over from the previous model, the three-mode system (1, 2 & OFF) enables the rider to control the throttle with more confidence in difficult riding situations such as gravel roads, two-up riding or with a heavy load to minimise the stress and/or fatigue on long distance rides.

Other niceties include a newly designed larger windscreen, which is 49mm taller and features a smaller curve on the tip section, resulting in less wind buffering and offering a cleared view. A 12V DC outlet is conveniently located directly below the instrument cluster and is perfect for powering GPS units and charging mobile devices.

For further information on the Suzuki V-Strom 1000 range and the ‰ЫПKitted for Adventure‰Ыќ special offer, interested customers should visit their local Suzuki Motorcycle Dealership, who can be found through the Dealer Locator on www.suzukimotorcycles.com.au

*The Bonus "Kitted for Adventure" Accessory Pack promotion is available on MY18 V-Strom 1000 and 1000XT (DL1000AL8 & DL1000XAL8) models purchased during the promotion period. From participating dealers, while stocks last. 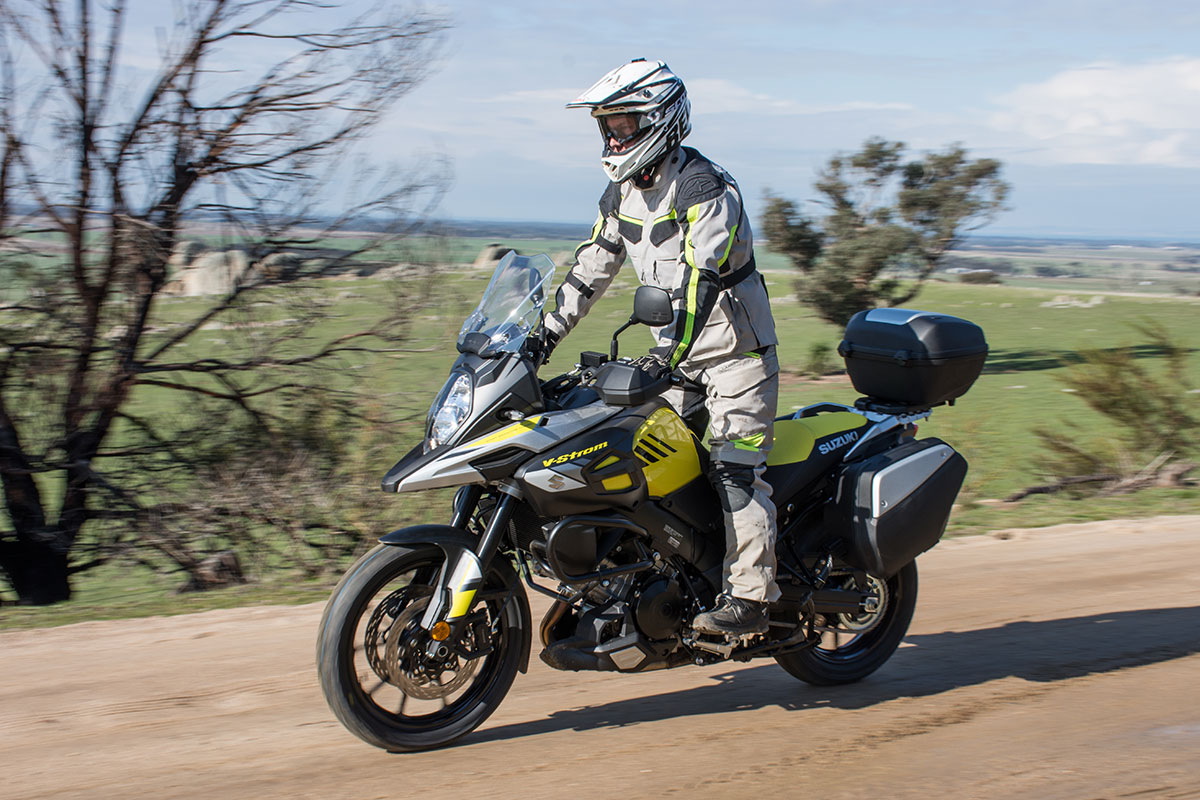 The 1,037cc DOHC V-Twin thumps out 74kW (101ps) with an impressive 101Nm of torque as low as 4,000rpm providing a strong, rider friendly character and effortless acceleration regardless of the riding situation.