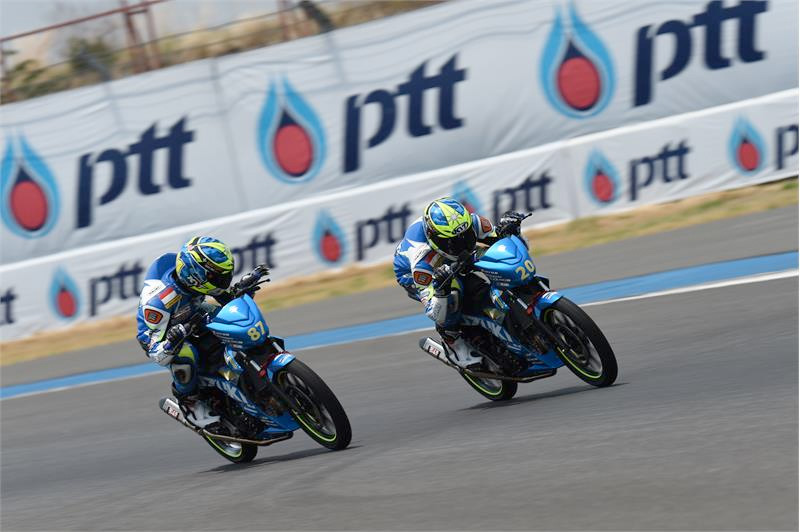 Suzuki launched its new Satria F150 machine at the second round of the SUZUKI ASIAN CHALLENGE Championship at Chang International Circuit in Buriram, Thailand at the weekend.

The popular and exciting series, which is run alongside the Asia Road Race Championship (ARRC) is Suzuki‰Ûªs rider development program for Asian riders, using the single platform Satria F150.

‰ÛÏWe introduced the all new Satria F150 from this round, so the staff were very busy during the race weekend, but we were able to finish the weekend without any major trouble."SAC General Manager Yukio Kagayama said. "I thank all of the staff involved, Suzuki, Dunlop, and all of my sponsors to make this happen.

"The riders were able to get used to the new machine quickly and at the end lapped about two seconds faster than last year, so I am happy that they showed us the potential of the new F150. The riders raced very cleanly in this hot heat, and I am also happy that I was able to see the riders improve.‰Û