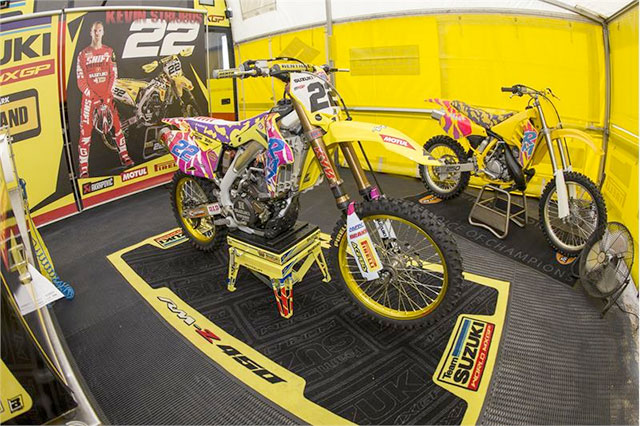 Covers were thrown off the RM-Z450 and RM-Z250 factory race bikes this afternoon at Lommel to reveal a special dedicated livery with which Team Suzuki World MXGP & MX2 will tackle the Grand Prix of Belgium this weekend.

Suzuki went retro and back to the year of 1992 for the 14th round of the 2016 FIM Motocross World Championship at the team‰Ûªs home event staged at the notorious, sandy circuit. General Manager Stefan Everts ‰ÛÒ the former multi World Champion in control of the works set-up for almost one year, and with the brand that he grasped the first of his record 10 crowns ‰ÛÒ helped unveil the ‰Û÷jazzy‰Ûª new look along with riders Kevin Strijbos, Arminas Jasikonis, Jeremy Seewer, Brian Hsu and Bas Vaessen to a gathering of team partners, sponsors, friends and the international press.

‰ÛÏThis is our first home GP and we wanted to create something that people would like and talk about,‰Û 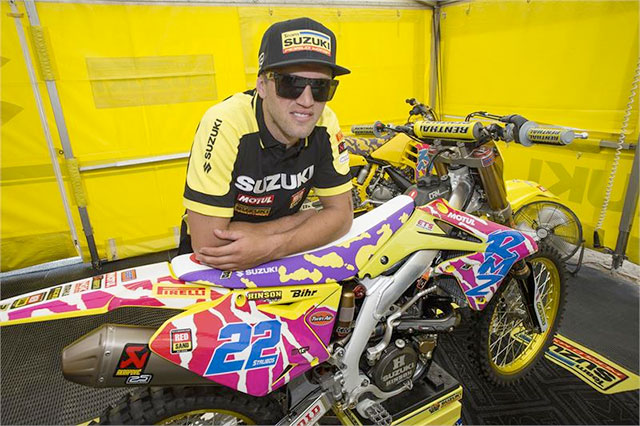 Kevin Strijbos with his retro RM-Z450