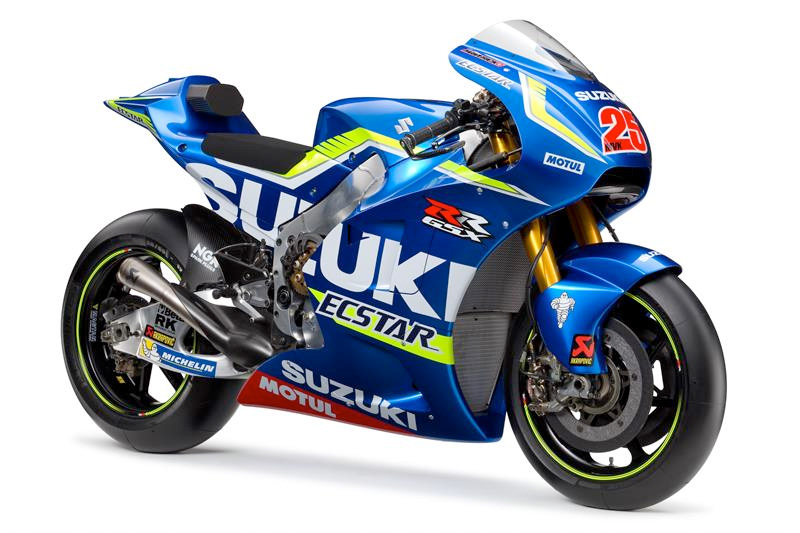 The official factory Team Suzuki 2016 race plans were revealed today at a press conference held at the EICMA international motorcycle exhibition in Milan.

Mr. Mochizuki also explained that as Suzuki approaches its 100th anniversary in 2020, the company's 'Next 100' plan, outlining the objectives for the next 100 years, includes a central role for the Suzuki motorcycle and motorcycle racing activities.

‰ÛÏIn 2016 we will produce GSX-RR machines for Maverick and Aleix to compete with the top riders and give Suzuki fans plenty to cheer about.

‰ÛÏIn World Endurance racing, SERT has won 11 championship titles with the GSX-R1000 and a total of 14 World Endurance crowns for Suzuki. Without exceptional team spirit SERT could not win, or even complete those races. They are true champions and in 2016 Suzuki will continue to support the Suzuki Endurance Racing Team under Mr. Dominique Meliand, with the aim of retaining the World Endurance Championship crown.

‰ÛÏIn the World MXGP series, the official factory Suzuki team under GRP Suzuki has won many championships and will continue to be a major force in the MXGP world championship in 2016. However, there will be some significant changes in the GRP management for 2016 and today we welcome Mr.

"Stefan Everts as the new team manager of the GRP Suzuki team. You will of course know that Stefan is the most successful rider in the history of motocross, with an unprecedented ten world championship titles. We are pleased to welcome him to this new step in his successful career in the world of motocross racing.

‰ÛÏWe are also pleased to announce that Mr. Sylvain Geboers continues as a senior consultant within GRP, supporting and advising Stefan in his new role.

‰ÛÏWe would like to take this opportunity to thank Sylvain for his many years of loyal service to Suzuki and we look forward to his continuing support as we create a new chapter in the long and successful partnership between Suzuki and GRP." Mr. Eiji Mochizuki concluded.