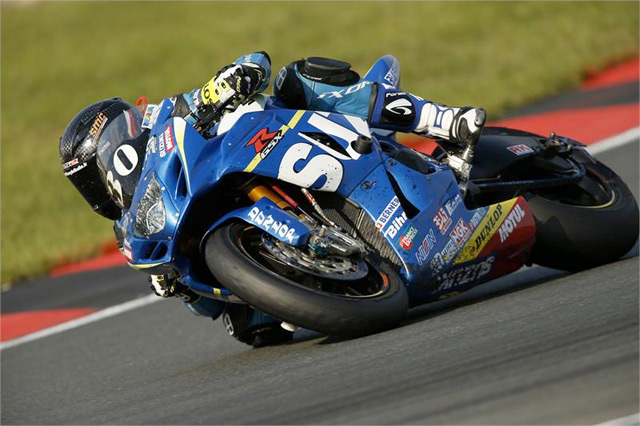 Suzuki Endurance Racing Team and Junior Team LMS Suzuki will start the final round of the 2015 World Endurance Championship, the Bol d‰ÛªOr 24 Hour in France this weekend, as series leaders in both the World Endurance and Superstock World Cup classes and in strong contention to clinch both titles.

A total of 54 teams have entered the 79th edition of the Bol d‰ÛªOr, which after a 15-year absence, moves back to the impressive 5.8 km Paul Ricard circuit at Le Castellet on the scenic Var hillside. The last Bol d‰ÛªOr in 1999 was won by then SERT riders Terry Rymer, Jehan d‰ÛªOrgeix and Christian Lavieille.

For many riders it will be their first time at the circuit and returning riders will find that, although some sections of the track have remained unchanged, others have been substantially modified; like the Virage du Pont turn and the ‰Û÷S-curve‰Ûª Verrerie, which used to be taken flat out but is now tighter, meaning riders have to brake hard, making overtaking a possibility.

The return to Le Castellet has been met with excitement, but also with trepidation, because of the 1.8-km long straight where riders can hit top speeds of over 320 kph.

Following a recent test at the circuit, SERT Team Manager Dominique MÌ©liand is sceptical as to whether the machines will be able to handle the long stretch at top speed lap-after-lap for the entire 24 hours.

‰ÛÏIt‰Ûªs a fantastic site for spectators, who can combine a seaside trip with an opportunity to watch the race. But as far as we‰Ûªre concerned, there are plus and minus points, as there is on all the other circuits," he said.

"The track has changed and the preliminary round of testing enabled us to trim the bike set-up. But the long Mistral straight will be the clincher, that‰Ûªs for sure, as the bikes will be running at full revs for at least 18 seconds!‰Û