Superpole Win For Sykes At Misano 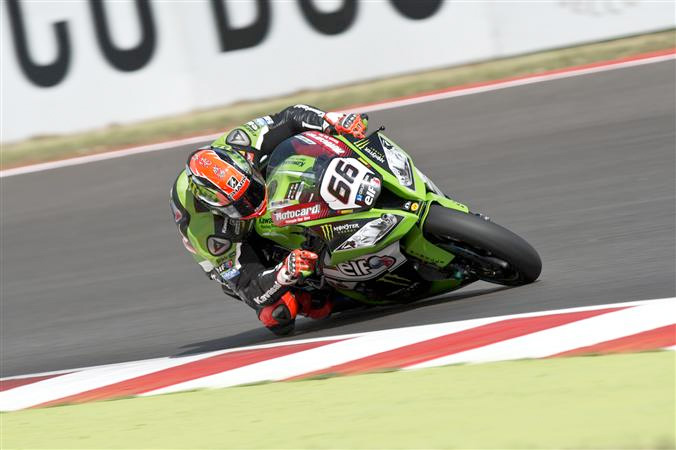 Sykes had to first negotiate Superpole 1 after qualifying in 11th place after the first three timed qualifying sessions but ended up with a clear advantage of 0.212 seconds over the second placed rider after Superpole 2.

Sykes was only just out of the top ten after regulation qualifying meaning he had to ride in Superpole 1 to earn his place in Superpole 2. He led this first contest on a race tyre and then used a qualifying rear tyre to make sure he entered Superpole 2.

In the second Superpole sector Tom pushed on to record his new track best lap time, to his own surprise in some regards, but his start from the best possible grid position will stand him in good stead for each race on Sunday.

‰ÛÏI am a little bit surprised to be win Superpole because I was not sure if my lap was good enough." Sykes admitted. "But it was, so for this I am happy.

"I used a race tyre, then a qualifier in Superpole 1 and finally we had to do three fast laps on the front tyre. I did a 1‰Ûª34.9 on a race tyre at one stage but the front tyre had already done ten laps. The new track surface is good and the circuit is faster, and a better camber in some areas.

"We have had a good way of working through the weekend but we had to try a couple of different things and they did not work out. We got caught out because we did not put a fresh tyre in during practice to check our performance over one lap.

"In a way it was good to do Superpole 1 because I got three extra flying laps in. At this level it gives you a bit more understanding, especially on fresh tyres.‰Û