Supercross Returns to South Australia After A Five Year Absence 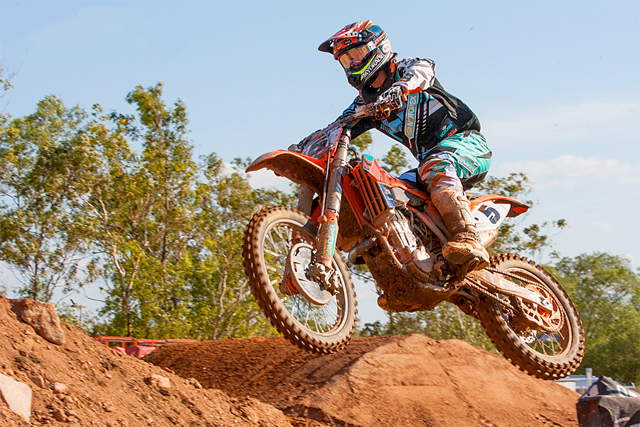 Home-grown riders Motorex KTM's Kirk Gibbs and Serco Yamaha's Luke Arbon have returned to South Australia to prepare for the event, that will see them take on some of the best riders from around the globe.

For Gibbs the event marks a return to his hometown, the 24 year-old was born in Millicent and grew up in Mount Gambier, honing his craft at the local motocross club.

Gibbs, who sits fifth in the coveted Pro Open class, is hoping a good showing in front of friends and family will elevate him in the championship standings.

‰ÛÏIt is just awesome to have a round of the national Supercross being run in my hometown of Mount Gambier." Gibbs stated. "It is something I never thought we would see.

‰ÛÏThere are a lot of people who have supported me over the years but haven't seen me race before so it will be is great they will be able to come and see me in action.

‰ÛÏI returned to South Australia straight after Darwin to prepare for this round," Gibbs continued. "I narrowly missed the podium so I really want to get on the box at my local event but I know there will be quite a few riders hungry for a good result following the double-header. 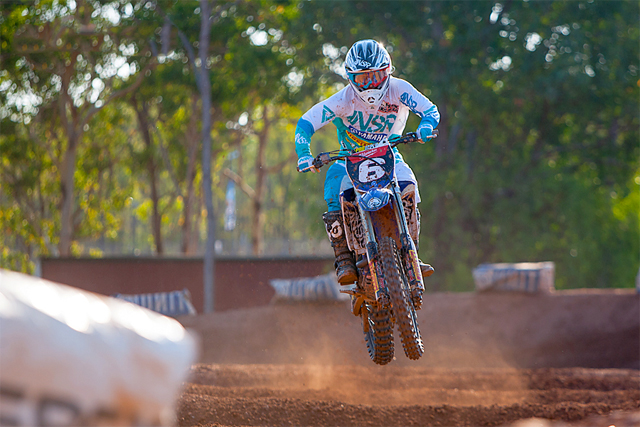 After spending the past three weeks training at his home track with fellow South Aussie Kirk Gibbs, Luke Arbon will be aiming to step on to the podium at his home state race - Credit: Aaryn Minerds
Luke Arbon had little time to prepare for the Australian Supercross Championship, getting the call-up to the factory Yamaha team just four weeks before the season kicked off.

The 21 year old from Gawler is currently fifth in the championship with just four points separating him and third placed Ryan Marmont.

In addition to the national Pro Open, Pro Lites, Under 19‰Ûªs and Ultra Lites classes the event will also feature the KTM Mini Masters where 20 of South Australia‰Ûªs budding young racers aged between 7-9 will get the opportunity to demonstrate their emerging talent on the full-size Supercross track.

The youngsters will get to walk the track and talk with their idols before cutting three laps of the full-size Supercross track in front of a packed house.

"I think the KTM Mini Masters initiative is fantastic,‰Û