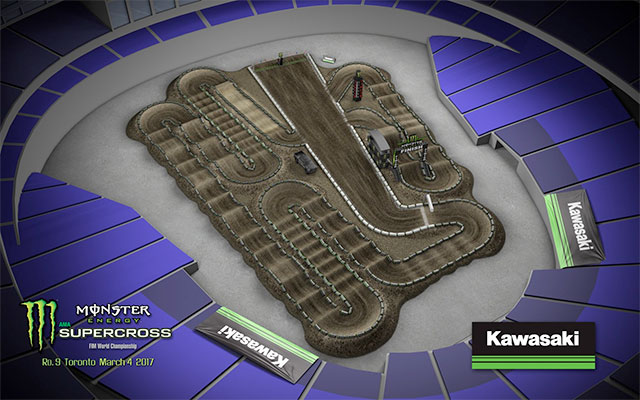 Toronto‰Ûªs history with Monster Energy Supercross dates back to 2004, when it was one of two Canada rounds that composed the FIM World Supercross GP, a globally recognized precursor to the regular championship schedule that consisted of 16 races.

From ‰Ûª04-‰Û÷06 Toronto remained a part of the FIM World Supercross GP. In 2008 it was integrated into the normal championship schedule, which established the 17-race slate currently enjoyed today and formalized supercross as an FIM World Championship.

As a result, Canada‰Ûªs most populous city holds the unique distinction of being the only international destination of Monster Energy Supercross‰Ûª current 17-race World Championship schedule, currently in its 10th season.

The Rogers Centre, originally known as SkyDome, was the first modern stadium to feature a motorized retractable roof when it opened in 1989. The iconic venue will host its 12th supercross race this season.


Things yet to be achieved in Toronto:
Brand sweep of wins in both classes
A rider winning in both the 250SX Class and 450SX Class
A first-time 450SX Class winner