Superbike Podium In Sight at Wakefield Park for Mike Jones 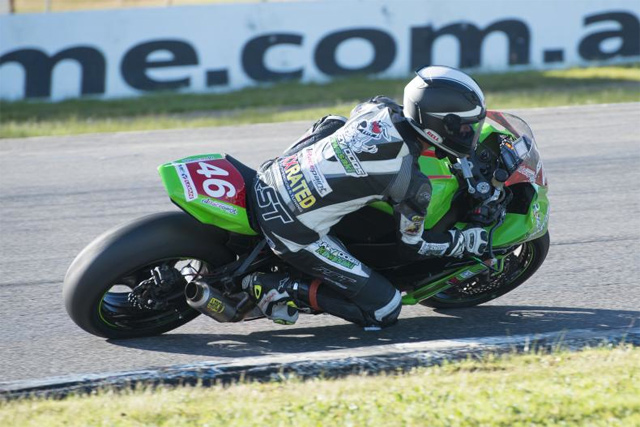 Queensland‰Ûªs Mike Jones will be looking to make further inroads at the Swann Insurance Australasian Superbike Championship at this weekend‰Ûªs fifth round of the series and its second appearance at Goulburn‰Ûªs Wakefield Park Raceway for the 2014 season.

The opening round in March was held at the Wakefield Park track with that having only been Mike‰Ûªs second race meeting on the Crazy Dogs Kawasaki ZX10. This weekend, Jones is hoping to use the experience gained throughout the previous three rounds in order to give him the best opportunity to return to the Superbike podium.

‰ÛÏI'm thoroughly excited and looking forward to being back on the Crazy Dogs Kawasaki Ninja ZX10 for the second last round of the championship." Jones commented. "It will be interesting to see the amount of improvement that's been made to the bike and my riding skills, considering we already raced here for the first round of the championship at the beginning of the year."