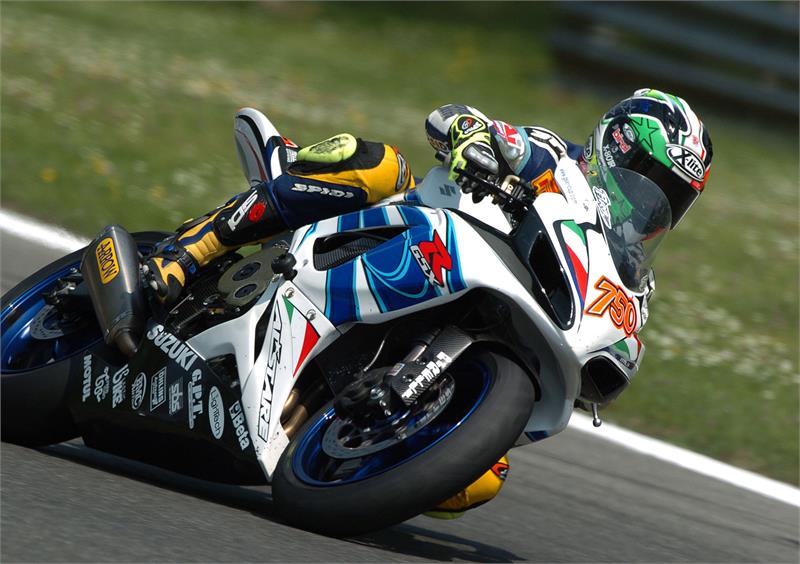 World Superbike Championship pioneer and former Suzuki rider Fabrizio Pirovano has passed away at the age of 56.

‰Û÷Piro‰Ûª from Biassono in Lombardy, Italy, lost his battle against an incurable tumour on June the 12th.

He was one of the original protagonists of the newly-formed WSBK Championship in 1988 when he finished as runner-up, racing to several top-five positions, including runner-up in 1990. With several race wins and more-than 37 podium positions to his name in the class; it was record that put him in the all-time top-10 for starts, points and podiums.

As well as winning the hotly-contested Italian Superbike Championship on four occasions, Fabrizio moved to the Open Championship in 1996, winning several races and remained there in the series that became the Supersport World Series in 1997; and in 1998 he took the title with five wins and finished in the top 10 in the four other seasons he contested.

He was semi-retired since 2006 but won a one-off race in the Suzuki GSX-R Cup at Misano in June that year.

Pirovano, who earned the title ‰Û÷The King of Monza‰Ûª, will be remembered by all who met him, raced alongside him - and especially all in the Suzuki family - as one of the greatest riders of his time.