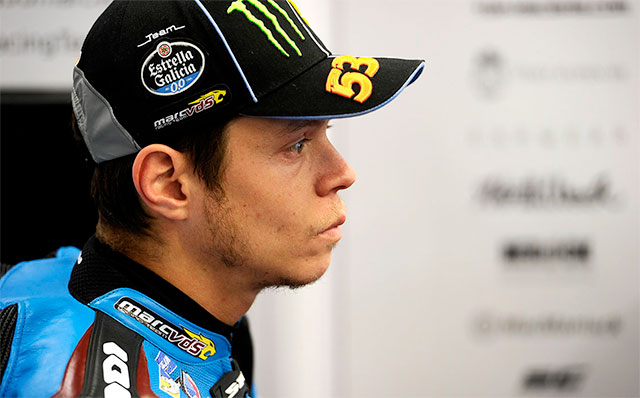 Tito Rabat has started the rehabilitation process, after undergoing successful surgery on Monday evening at the Hospital Universitario Dexeus in Barcelona.

Rabat sustained a fracture-dislocation of the sternoclavicular joint in his left shoulder in a crash during MotoGP FP3 at the Italian Grand Prix in Mugello.

In a surgical procedure that lasted 90 minutes, Doctor Xavier Mir and Doctor Victor Marlet stabilised the fracture with a titanium plate, secured with eight titanium screws.

The Team Estrella Galicia 0,0 Marc VDS rider will undergo a further medical assessment in the next few days, after which a decision will be made as to when he will return to racing.

Michael Bartholemy: Team Principal, said, ‰ÛÏA fractured collarbone was a high price for Tito to pay in what looked like an innocuous crash at the Italian Grand Prix. The good news is that the damage wasn‰Ûªt as extensive as first feared and that he was able to return to Barcelona quickly for treatment.

"The surgery, carried out by Doctors Mir and Marlet, was a success, but we need to confer with them again later this week before deciding with Tito at which race he will return. We know Tito will be keen to get back on the bike as soon as possible, but we want him to be fully fit before he does so.‰Û