Successful debut season for the BCP Honda Off Road Team 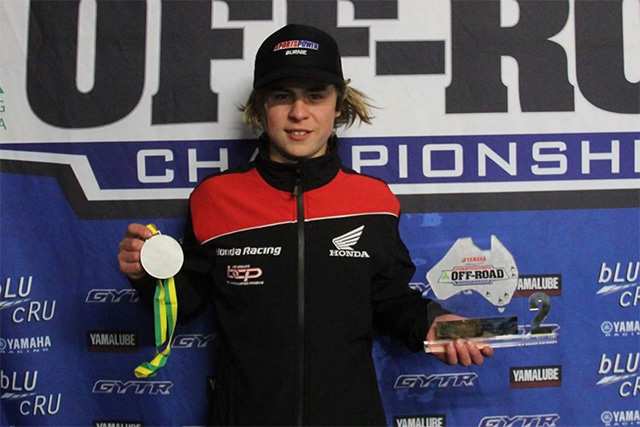 With the final two rounds of the Yamaha Australian Off Road Championships being run and won over the weekend at Omeo in Victoria‰Ûªs Gippsland region, there were some impressive rides that took place with a number of titles coming down to the last race of the series.

In the J2 class Tasmanian Kyron Bacon came into the final two rounds needing to win both days if he was to clinch the championship on his BCP CRF150R. And he came ever so close, winning one of the two days racing while finishing a close second in the other.

Saturday‰Ûªs event at Omeo saw the young Tasmanian lead until the very last lap where a rear puncture would drop him back to second place for the day.

A dominant ride from Bacon on the final day saw him win all four events to secure the final round win. The win meant that Bacon had not been off the podium all year and would secure himself a well earned 2nd place in the Championship behind young gun Will Riordan who he‰Ûªd battled with the whole series. 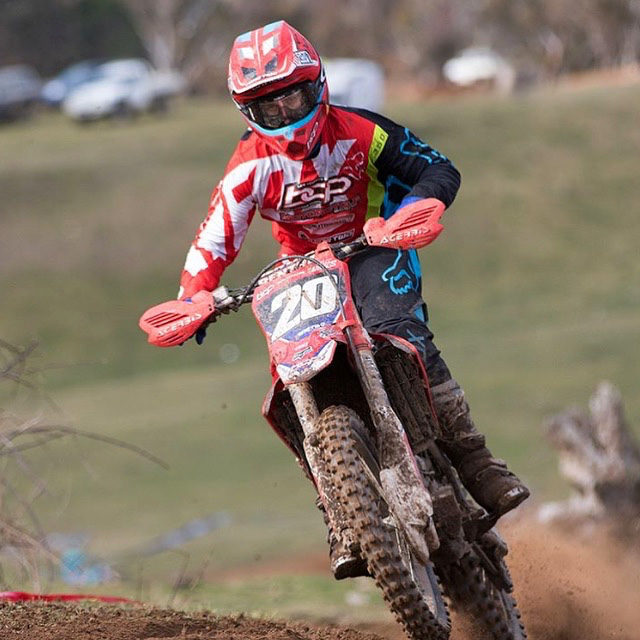 Baylee Davies was always in the hunt this year on board his CRF250R- Photo: JPMedia
Kyron‰Ûªs team-mate Baylee Davies had an impressive series in the hotly contested E1 category on board his CRF250R and looked set to battle for a top three overall finish, however a DNF at the penultimate round due to a fuel miscalculation meant that the multi time Tasmanian State MX Champion had to settle for a credible fifth place in the Championship.

‰ÛÏIt‰Ûªs been a tough campaign this year with plenty of ups and some downs as well,‰Û 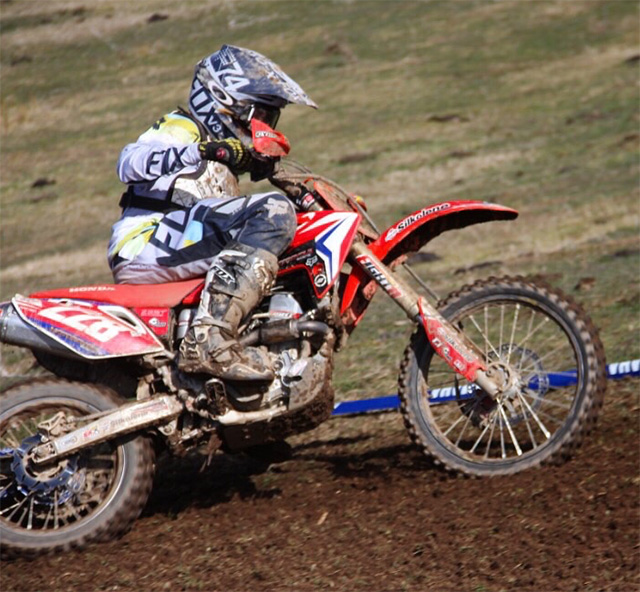