Styke, Milner, Sanders and Bacon reign supreme at AORC Round 3 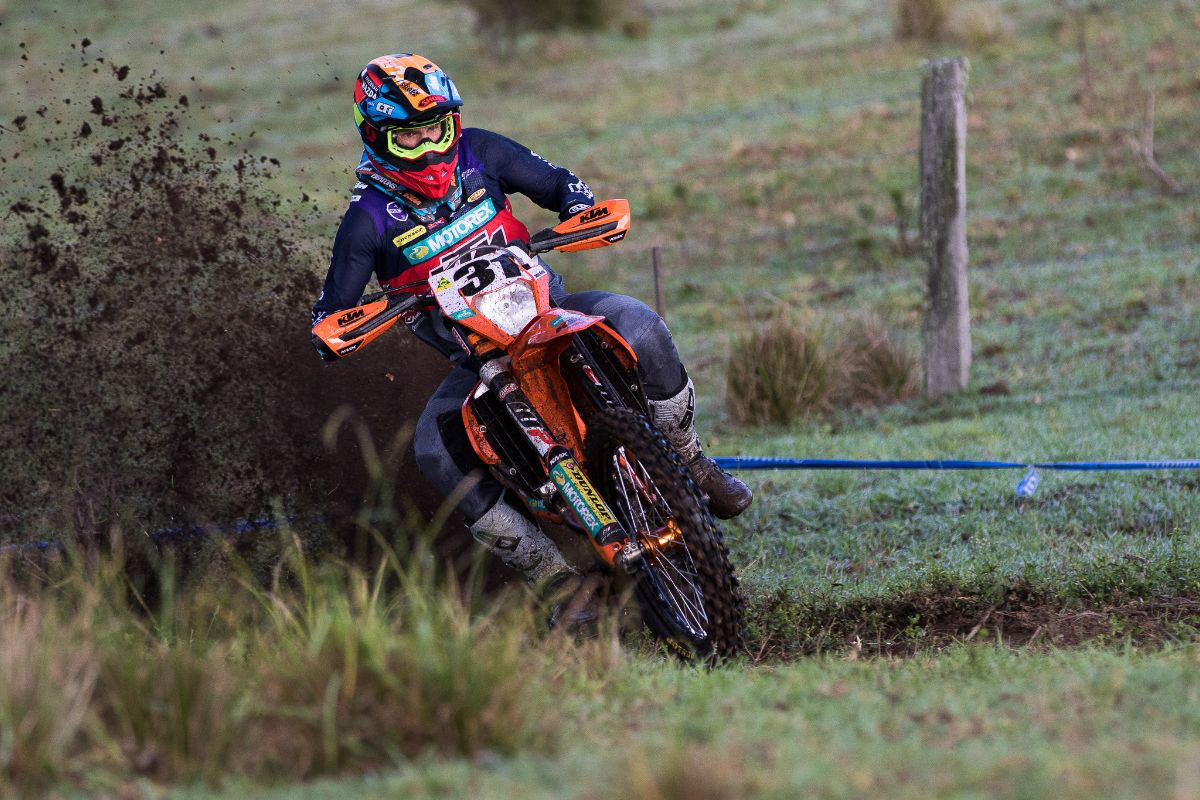 With a Dungog record breaking field and a world class line-up, today delivered nothing short of magic as our Seniors used the seemingly pristine conditions to their advantage. Managing a full day of timecard Enduro, competitors were given the perfect canvas on which to produce their masterpiece, with recent rainfall helping tyres grip the soil as they blazed the trails.

Continuing their perfect streaks in Toowoomba, Daniel Milner and Daniel Sanders came out victorious in their respective E2 and E3 classes. Kyron Bacon in EJ and Luke Styke in E1, also finished today with the coveted top spot in their classes.

In the Junior classes riders navigated the bLU cRU loops tests a total of six times, with three efforts per test.

Coming out on top for Round 3 was Billy Hargy, Riley McGillivray and Blake Hollis for their respective J2, J3 and J4 classes. 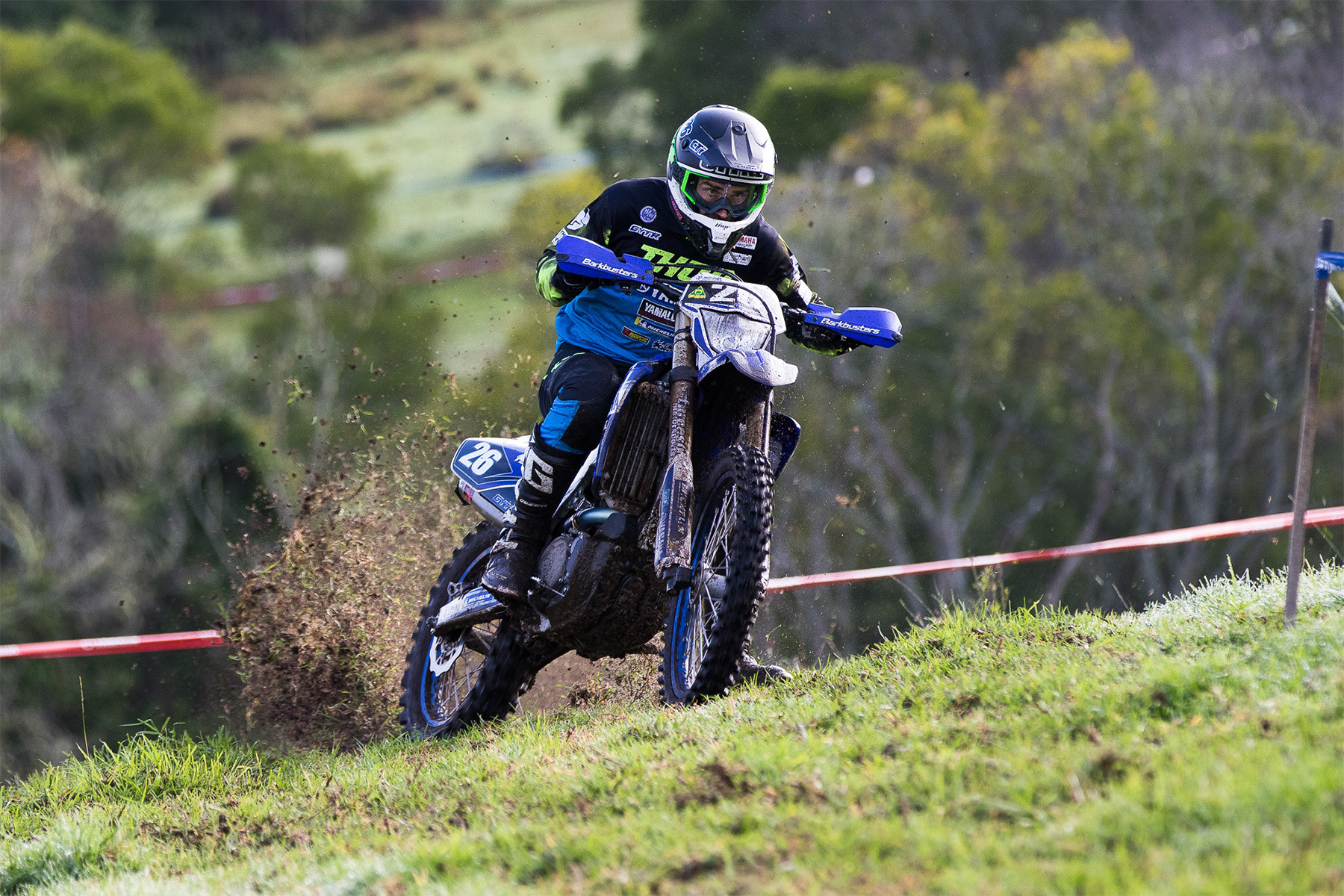 Active8 Yamaha Yamalube's Luke Styke was back on top in E1. Photo: John Pearson Media
E1
E1 was the class to watch today as riders bobbed and weaved with one another for prime podium real estate. After an exhibition of fantastic Enduro racing which once again proves why Australia remains dominant overseas in Off-Road racing, it was Styke who landed on top of E1 for Round 3 with a total time of 42:04.943.

Breathing hard down Styke‰Ûªs neck though was fellow Active8 Yamaha Yamalube teammate Michael Driscoll, with a total time of 42:35.031. With such a small time separating first and second place, the support Driscoll received from the familiarity and comfort of his hometown evidently drove the message home as he careered around the tests like a demon behind the handlebars.

Rounding out the top three for Round 3 was Husqvarna Enduro Racing Team‰Ûªs Fraser Higlett with a total time of 42:39.572. After a quiet weekend back in Toowoomba, Higlett was clearly chomping at the bit to jump start his position on the leader board. 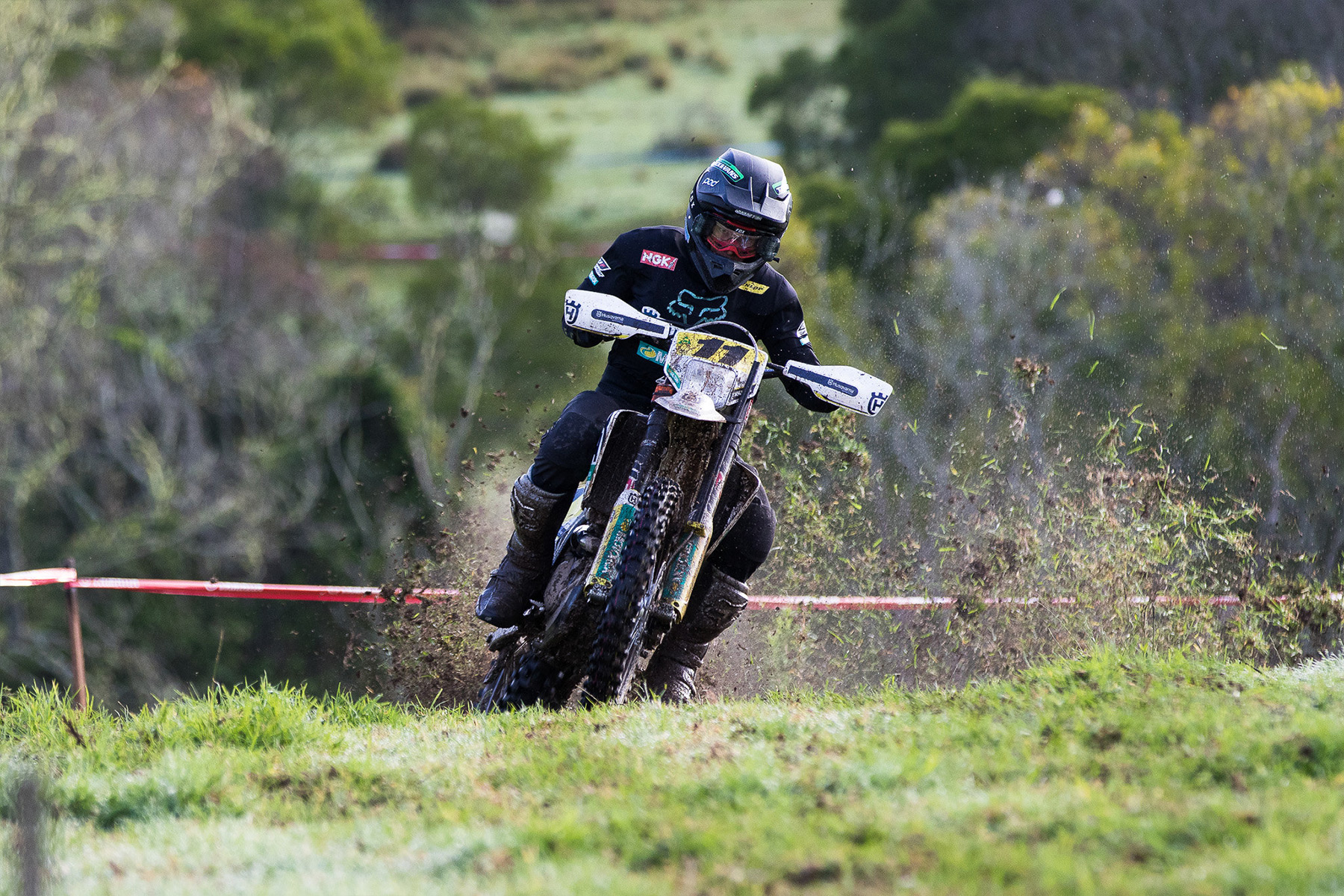 Victorian Daniel Sanders took out E3 by just over 3 minutes. Photo: John Pearson Media
E2
Maintaining his perfect 2018 season and winning streak up North in Toowoomba, Milner was nothing short of comfortable as he navigated the Off-Road Advantage Enduro Test and WR 450F Cross Test. With a total time of 40:57.420, Milner lead the charge ahead of Active8 Yamaha Yamalube‰Ûªs Josh Green, by just over one minute.

Stealing away the remaining podium spot from his French counterpart was a familiar face returing Scott Keegan, with a total time of 43:20.579.

E3
Leaping into action from the opening minute, Sanders owned the E3 class today to produce a crystal clear lead by just under three minutes. A devil behind the smile, Sanders simply could not be beat as he launched himself onto another playing field to finish today with a total time of 41:09.640.

Coming in to take second place for Round 3 was Beau Ralston, who remained a steady force near the front of the pack throughout the course of the day. Finishing with a total time of 44:02.716, Ralston needs to sink his teeth into tomorrow‰Ûªs timecard Enduro if he hopes of knocking Sanders off his perch.

Nabbing the final podium position for the day was Husqvarna mounted Jesse Lawton, who finished after Ralston by just over one minutes. With a total time today of 45:33.445, Lawton has proven that his a prime contender for the title this season.

EJ
Continuing his winning streak from Toowoomba, Bacon has dominated the EJ leader board today to take out first place. Leading the charge by just over 15 seconds, Dungog‰Ûªs sublime conditions proved Bacon‰Ûªs sheer skill and tenacity for his first year in EJ.

Coming in hot on Bacon‰Ûªs heels was Joshua Brierley, with a total time of 1:03:47.912. With roughly 15 seconds separating Brierley from first place, we‰Ûªre no doubt in for a show tomorrow as fights to taste that gold.

Sitting in third ahead of fourth place by just over a minute was Korey McMahon, with a total time of 1:07:10.894.

J4
Continuing his fantastic streak from Toowoomba, Excite Motorsports' Hollis came out victorious for Round 3 in the J4 class. As he navigated the bLU cRU loop for the Cross and Enduro tests, Hollis remained dominant throughout the day to take out first place, with a total time of 36:29.379.

Mackenzie Johnson and Oscar Collins filled out the remaining podium positions today for J4, delivering a fantastic show as they tangoed with one another for the best time of the day. Johnson and Collins finished in second and third respectively, with total times of 38:12.209 and 39:27.318.

Yamaha AORC round 4 continues tomorrow for another timecard Enduro format. 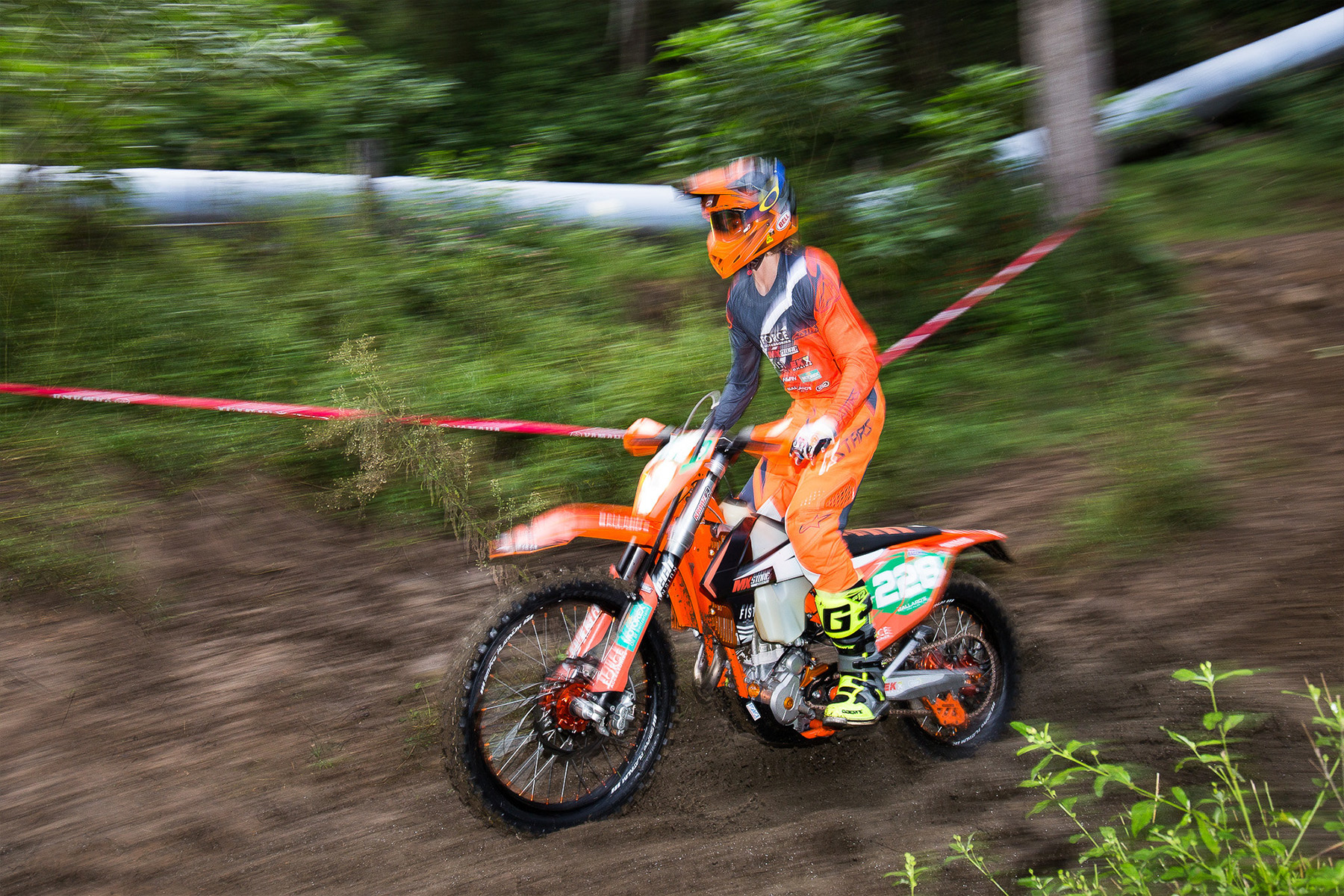