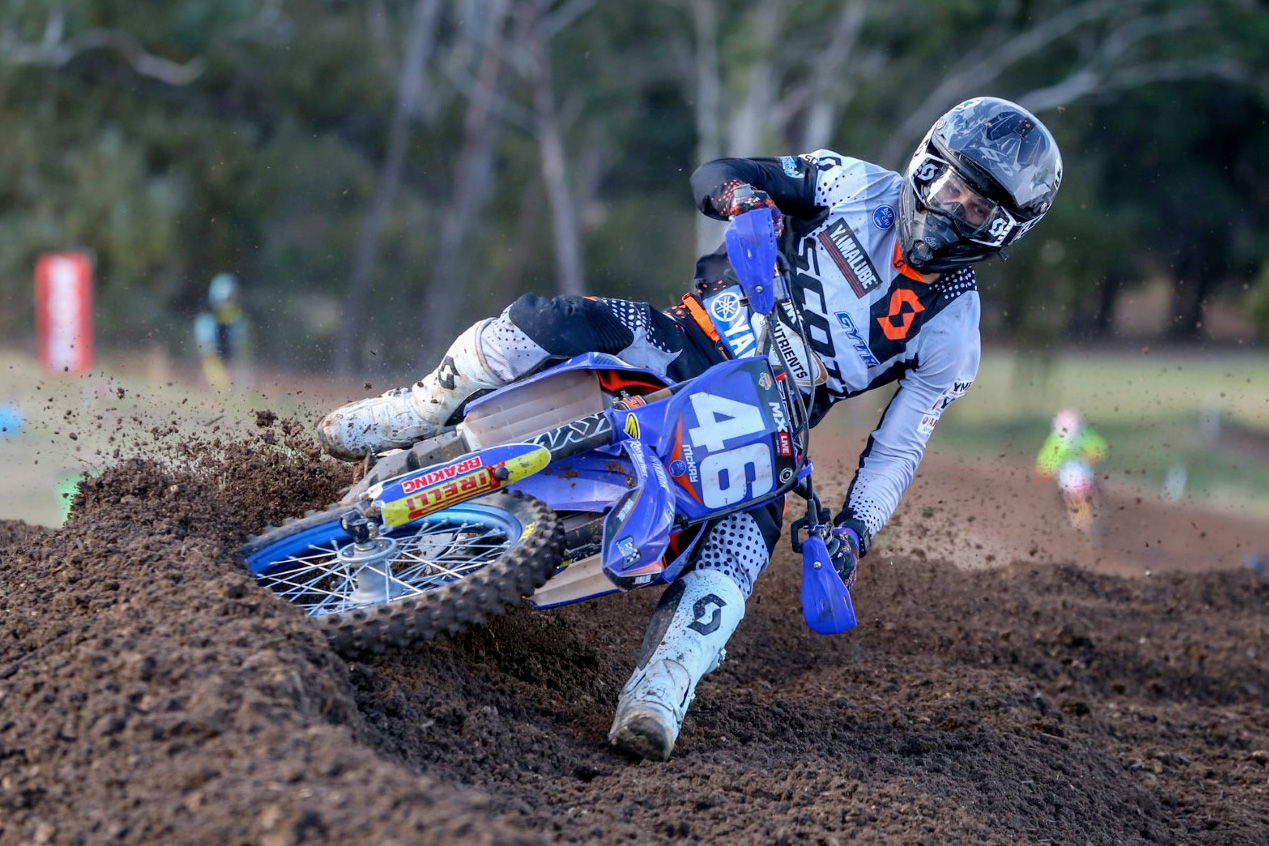 WBR Yamaha's Hugh McKay broke through for his first ever round win, taking the top step of the MXD podium with his 4-2 results at the opening round of the 2018 Pirelli MX Nationals at Newry, Vic. Photo: MXN Images
Yamaha‰Ûªs Under 19 motocross team kicked off their 2018 MX Nationals campaign in fine style, with team riders Hugh McKay and Bailey Malkiewicz turning in an impressive performances at round one of the Pirelli MX Nationals that has them well placed ahead of round two.

In some close racing that saw the top three riders tie on points and requiring a count back to separate them and fourth place just one point in behind, things are tight at the top of the MXD table.

Hugh McKay broke through for his first ever round win, taking the top step of the podium with his 4-2 results. McKay proved fast and consistent and his second-place finish was the best result of the other riders on the podium, handing him the round overall.

There was controversy in moto one when several riders we handed in race time penalties for jumping under a red cross flag, McKay included. He crossed the finish line second on track but when the 10 second penalty was applied, he was relocated to fourth.

Race two saw McKay away to another fine start and leading race on the opening lap. He was passed by team mate, Bailey Malkiewicz, on lap two but the pair continued to battle all the way to the finish line with Malkiewicz just edging his team mate in a WBR Yamaha team 1-2 finish.

‰ÛÏI have been trying for so long to win a round of the MX Nationals and it feels so good to finally get it done,‰Û 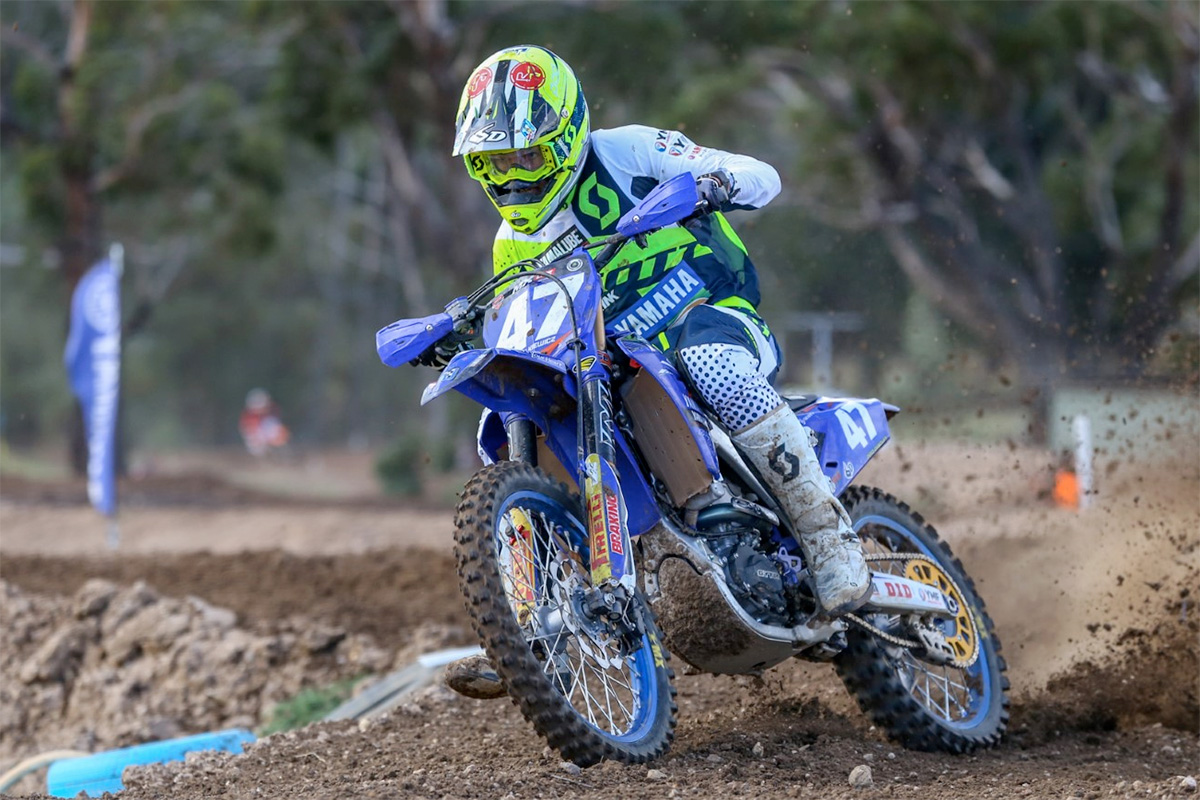 He wasn‰Ûªt able to fully capitalise on the P1 pick but still was in good shape inside the top five rounding the first turn. There was a good battle at the front of the field and a fast-flowing freight train charged around the Newry circuit. He crossed the finish line in fourth place but the 10 second penalty was also applied to Malkiewicz and that relegated him back to seventh.

Moto two and he wasn‰Ûªt to be denied. The talented teenager took control of the race in the early stages and went on to win in impressive fashion. The 7-1 results saw him finish with 59 points and missing the podium but still with plenty of positives to take from the weekend.

‰ÛÏThis is my first race in MXD and I really enjoyed racing at the MX Nationals,‰Û