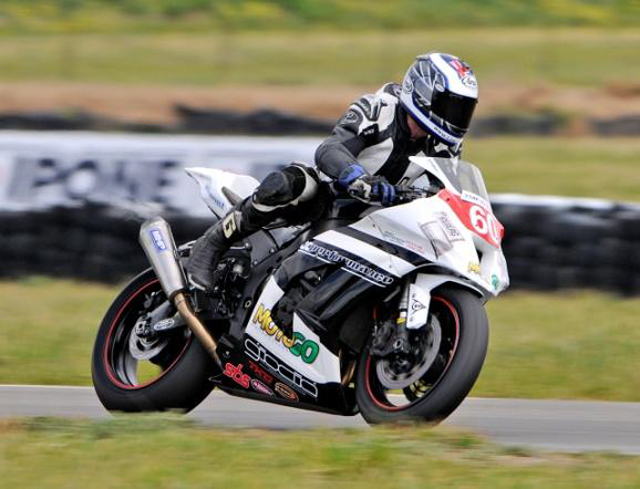 The 5th round of the ASC series saw BCperformance Motogo Superbike rider Ben Burke return from injury to have a strong weekend at a sunny Wakefield park last weekend.

Kawasaki ZX10R mounted Burke spent the build up to the weekend recuperating from injuries sustained at the previous round at Winton but got off to a flying start by equalling his previous best at Wakefield in Practice and carried that form through to the sole qualifying session by posting the 14th fastest time.

Saturdays AFX-YMF Loan championship races saw Burke claim 7th, 6th and 8th place finishes to set himself up with a 10th place grid start being decided from his fastest lap time over the 3 races as per the qualifying format for this year.

Sunday‰Ûªs all important ASC Swann Series started well with Burke claiming a 10th in the first outing and then going on to finish 11th in both the remaining 11 lap races reinforcing a remarkable comeback for the New south Welshman.

‰ÛÏI was really happy with my results which was my best of the year." Burke said. "I felt comfortable straight from the off in practice and had a good Saturday with a hat-trick of decent finishes.

‰ÛÏI was hoping for a little better on Sunday but a few incidents directly in front of me on the opening laps hampered me allowing the group in front to pull away and it is not so easy to pull them back in when there is such a quality field.

"Overall I‰Ûªm really pleased with the weekend and the team worked well. Thanks to all the sponsors and now we have something to build on for the final round.‰Û