Number one plate holder Ricky Brabec got off to a solid start in the 2021 edition with the fastest prologue time. Photo: Rally Zone
Defending Dakar Rally Champion Ricky Brabec started his title defence in top form by logging the fastest time in the 2021 prologue ahead of team-mate Joan Barreda and Australian Daniel Sanders

The Monster Energy Honda Team riders, Brabec and Barreda, got off to a strong start on the opening 10-kilometre special. The curtain-raiser, which was held in the vicinity of Jeddah, proved to be a tough one in terms of navigation, on a route that took in some mountainous tracks as well as more open, faster stretches.

Some riders opted for more prudent tactics, waiting to make their mark in tomorrow‰Ûªs first full stage, however Brabec wasn‰Ûªt holding back in his first contact with the Saudi desert. Brabec set the best time of the 101 motorcycle participants in this edition of the Dakar to become the first leader of the race. The prologue had a factor 4 (time x 4) for the general standings of the race.

"Today was good. Pretty short ‰ÛÒ just a ten-kilometre prologue. Nothing to really lose or nothing to gain," Brabec said.

"Just enough to shake the bugs out of the bike and the body," he continued, "We‰Ûªre now ready for the actual start. Tomorrow we start nice and early. We came away with first and second place in the prologue for me and Joan. So tomorrow Joan and I will open the way and hopefully it will go well. It‰Ûªs a long race but I think strategy will start to play in, but as of now, it‰Ûªs time to get lunch, get the gear off and time to focus."

Behind him, Monster Energy Honda Team squad-mate, Joan Barreda, was the first of the team‰Ûªs four riders, notching up an excellent time, some six seconds shy of Brabec. 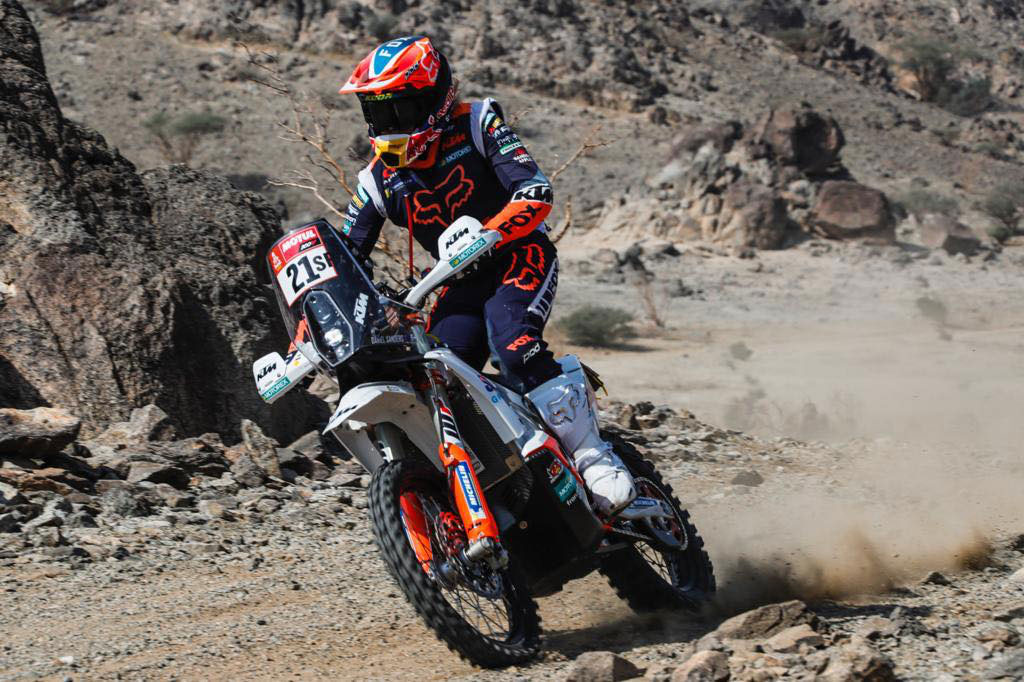 "Prologue was good today I positioned 3rd," Sanders said. "I use this for my start position tomorrow for stage one. I am ready to give it my all and I have a lot of learning still to do in this race and gain experience as quick as I can, I‰Ûªm always up for a challenge."

Tomorrow, Sunday, sees the first stage of the Dakar 2021, which will be contested entirely on-track between Jeddah and Bisha. Competitors can expect 277 kilometres of special timed out of a 622-kilometre total trek. The route will pass through several valleys with several sections requiring deft roadbook reading skills. Some of the stony sections could prove detrimental to the tyres.