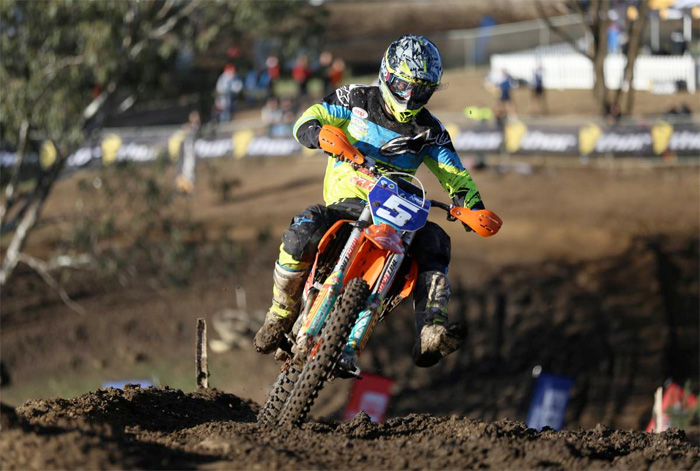 Raceline Pirelli KTM‰Ûªs Wade Kirkland and Dylan Wills recorded their best results so far this season, in what were treacherous conditions at round three of the MX Nationals at the State Motorcycle Complex in Broadford.

Despite round three of the MX Nationals being affected by weather, both Wills and Kirkland battled through the mud and ruts on the Broadford circuit, to walk away from the weekend with strong and encouraging results in their respective classes.

16-year-old Kirkland proved yesterday that he had carried improved momentum into round three, claiming fourth in the first Pirelli MXD moto, and then bettered his result once again with a podium finish in race two where he snatched up third. With a fourth and third to his name, Kirlkland was awarded third place on the overall Pirelli MXD podium at Broadford, which now also places him in a comfortable second place in the MXD Championship standings on 169 points. ‰ÛÏThe mud made it difficult for everyone so I decided to try and be conservative in my riding and keep producing decent laps,‰Û