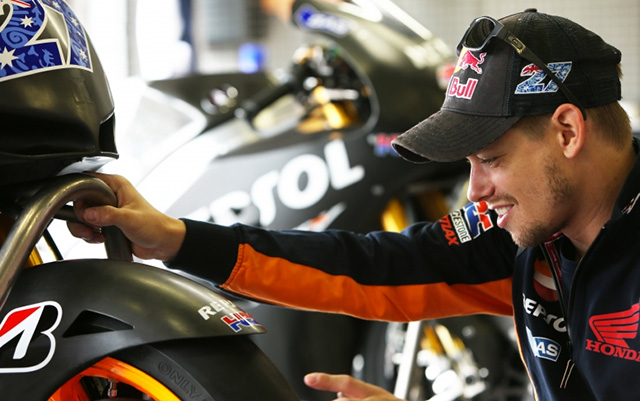 Stoner was unable to ride yesterday on the first day of scheduled testing, due to poor weather, but testing commenced as planned today under cloudy skies. In the morning, Casey tested the RC213V MotoGP works machine, and in the afternoon he also tested the Production Racer, a machine being developed based on the RC213V.

Despite it being his first ride on the test model, Stoner lapped the circuit with high average speeds worthy of the RC213V. Honda is developing the track-only Production Racer to enable teams and riders to race in the MotoGP class in 2014 with a reasonable budget.

"Unfortunately the weather played a big role in this test which was a little frustrating not to be able to share the workload over the two days," Stoner explained.

"We tried to do everything today but it was a little difficult, and we also had the threat of rain again. We started with the current RCV, trying to find a base setting and then work from there. We had two variations of chassis' to try and some big modifications and improvements in my opinion. We also tried the production bike which was more impressive than I predicted.

"It had a similar feeling to the RCV but with a little less power and a different feeling in engine braking. With some small modifications I believe this bike will be competitive and I look forward to the next test with it! In general it was a good, but busy day!"

At 15h45 local time bad weather once again brought proceedings to an end. 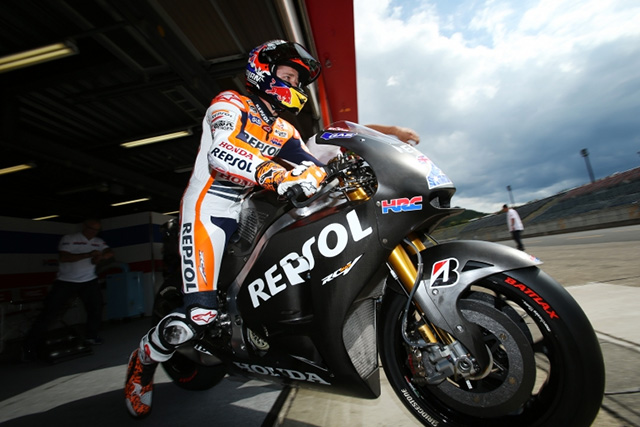