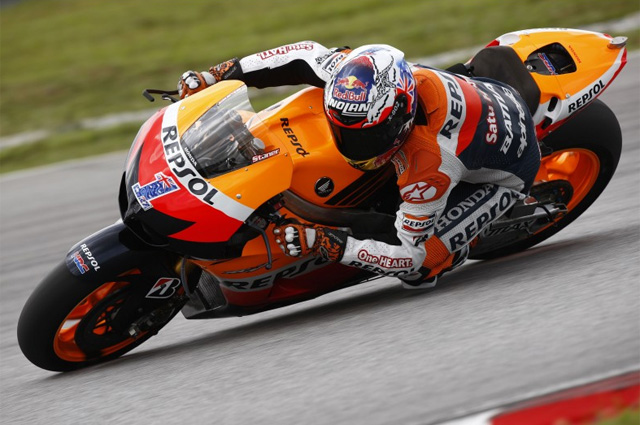 The 2012 MotoGP World Championship officially starts this weekend in Qatar, the small Peninsula off the Persian Gulf, noted for hosting the only race of the calendar under floodlights.

The Repsol Honda Team have spent months of development, testing and putting in hard work in preparation for this season which sees a switch to 1000cc bikes. In addition to this change the team faces another challenge; defending the Triple Crown they achieved in 2011 when they won the rider, team and constructor titles.

Casey Stoner, the current MotoGP World Champion, has also been the man to beat in pre-season, dominating both tests in Malaysia and Jerez, where his teammate, Dani Pedrosa, also confirmed himself as one of the fastest riders in the top class.

"After good pre-season tests in both Sepang and Jerez, we head to Qatar feeling positive, but still have some work to do." said the Australian. "This will be the first time with the new bike on this circuit so we will need to spend some time on the set-up to put ourselves in the best position."

"We've always enjoyed good results at the Losail circuit but this is a new season and there are more competitors contesting for victory this year. I'm excited to get the season started and fight for another World Championship". concluded the current world number one. 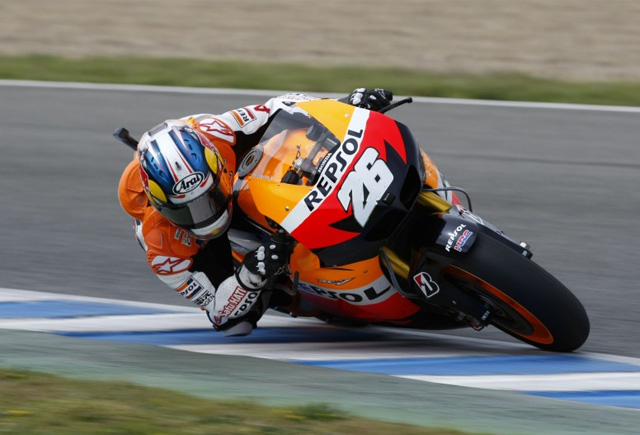 Dani Pedrosa
Stoner's record in Losail circuit is impressive, he's the main reference with 4 pole positions and 4 wins out of six in the MotoGP class. Pedrosa has visited the podium 3 times in MotoGP and will be fighting, like the Australian, for a strong start to the season.

"Each year is different and there are always various obstacles to go through during a season." said Pedrosa. "I've had good and bad races in the past, but a big part of these results are determined by how you have prepared yourself in the winter."

I've worked very well this year, I had a good pre season with the bike and with my physical training; I hope that luck is on my side this time, so we can have a good championship." added the Spanish born rider.

Qatar is important because it's the first race of the season, but you have to minimise risks. If you don't win this race you can still win the championship, but on the other side, a mistake can complicate the year. I'm ready. Let's see how everything goes and where everyone is". he concluded. 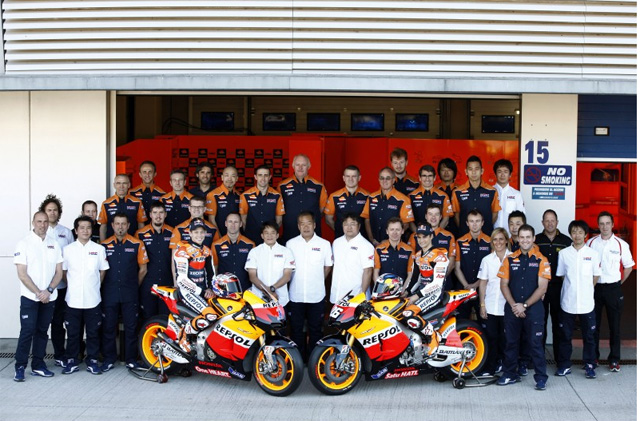