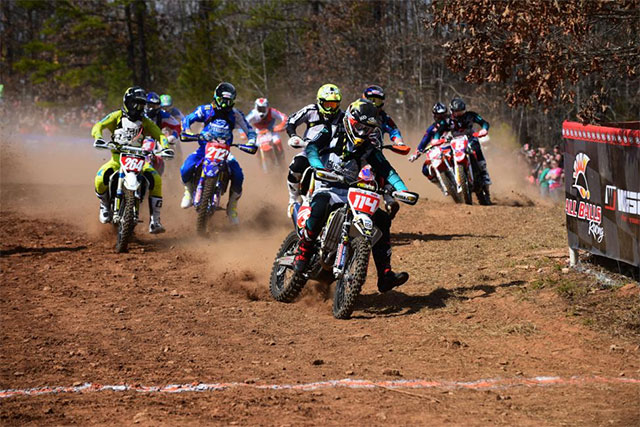 After a four-month hiatus, anticipation was at all-time high when the famed "10 seconds" was called and the green flag waved for the VP Racing Fuels Big Buck GNCC season opener. Rockstar Energy/Factory Husqvarna Racing's Josh Strang found himself in a favorable position where he jumped out to the quick lead and claimed the All Balls Racing $250 Holeshot Award.

Strang's luck quickly ended halfway through the first lap, when his lingering ankle injury he sustained five months ago at the ISDE started to take a toll. While he wasn't winning the race, Strang played a huge role in the event, where he stopped to help an injured XC2 racer. Strang ultimately decided to end his race early due to ankle not being fully healed.

SRT/KTM's Steward Baylor Jr. had full control of the race on the third lap, once Strang was out of the picture. However, he began to feel pressure from FMF/KTM Factory Racing's Kailub Russell who had recovered from a mid-pack start and kept the momentum going to ultimately pass Baylor. 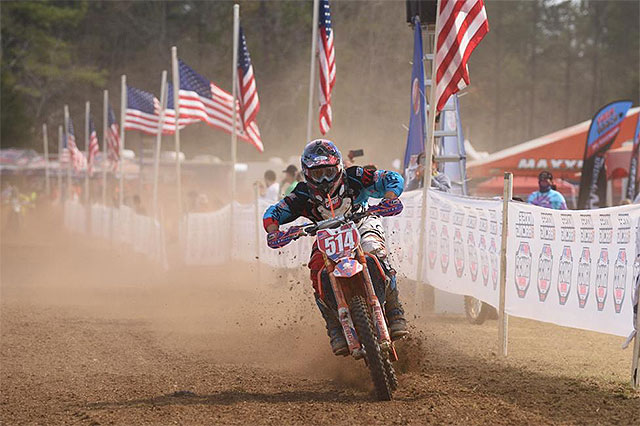 After a four-year battle with injuries, Steward Baylor is back and ready to contest for the National Championship.Credit: Ken Hill
However, Baylor held on and stuck right with the four-time champion. While the two KTM riders battled it out for the lead, another fight was taking place behind them. Rockstar Energy/Factory Husqvarna Racing's Thad Duvall and Coastal Racing's Ryan Sipes were also in the mix before the third lap was complete.

Just like his teammate, bad luck would strike Duvall when he stopped in the pits with a bent rotor. His new mechanic, Tanner Tremaine, and team members worked diligently to change out the back wheel and get him back on the race course as quickly as possible. With a little less pressure, Sipes shifted his focus on Baylor and Russell. Sipes began to reel in the top two competitors, until lapped riders troubled his journey.

"I started in sixth but I eventually caught up with Baylor and Russell and was right on their back wheels when the lappers got pretty bad," said Sipes. "They were both riding really good and when I lost them it was hard to make up time." 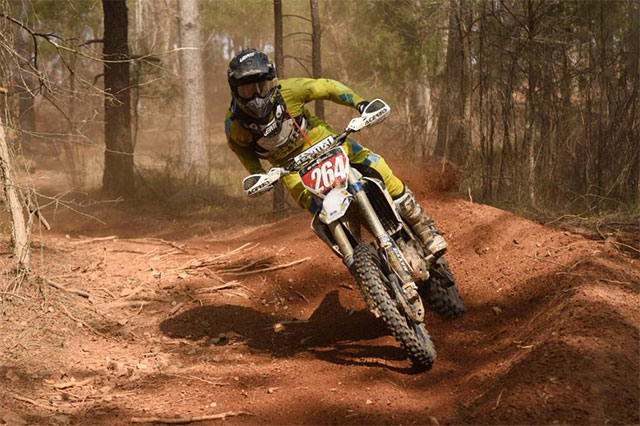 After battling various setbacks in 2016, Ryan Sipes proved he's still in the game. Credit: Ken Hill
When the two-lap card came out, Baylor maintained his focus. Russell attempted to close the gap, but Baylor continued to only get faster. Once Baylor crossed the finish line, it was almost a minute and a half until Russell saw the checkered flag. After racing his own race, Sipes would end up finishing in the third overall position.

"I knew coming into this race that Russell and Duvall would be the guys to be with," said Baylor. "I put myself in a position to ride with them. Once Russell made his mistake and I had a clear trail, I gave it everything I could to get a big lead knowing that every second counts because Russell is the fastest guy on the line. I just knew I couldn't make a mistake and it feels great to pull off my first win not only at the season opener, but also in front of my friends and family." 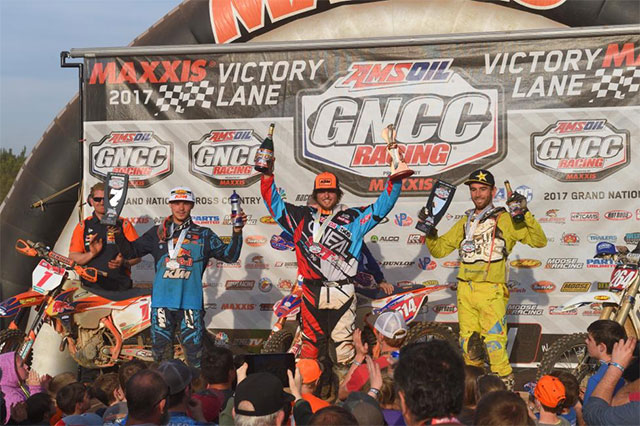 Overall Podium: (2) Kailub Russell, (1) Steward Baylor, (3) Ryan Sipes.
XC2 250 Pro Rookie, Chris Venditti, had a stroke a beginner's luck where he pulled the holeshot over the remaining 30 riders to earn the XC2 250 Pro Hot Cams Holeshot Award. Venditti's contusion on his leg would eventually play a role in his race and N-Fab/Am Pro Yamaha's Josh Toth would capitalize on Venditti's misfortune and take the overall win. Coast Racing teammates, Layne Michael and Craig Delong, continued their success from last season where they rounded out the XC2 250 Pro podium.

"I got off to a good start, and was able to work my way into the lead on the first lap," said Toth. "I knew Michael was right behind me so I just kept pushing and it paid off."

The 2017 AMSOIL Grand National Cross Country Series resumes in one week, March 11 and 12, in Palatka, Florida with the Moose Racing Wild Boar GNCC. 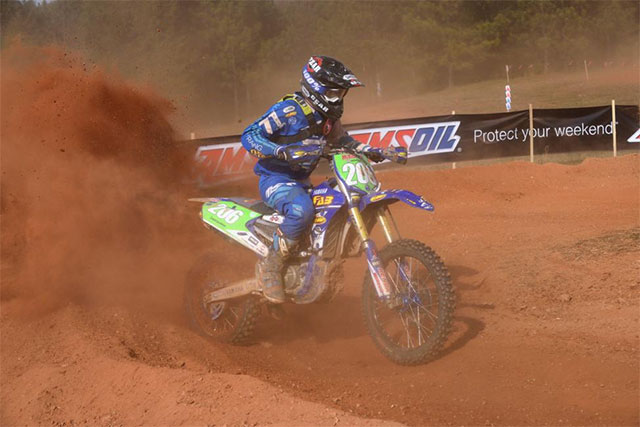