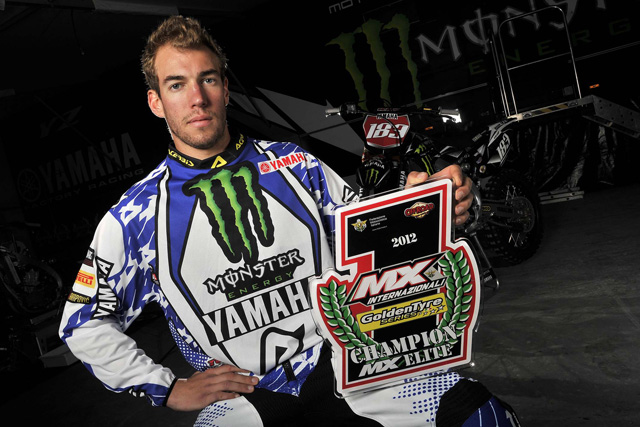 For the second year in a row Monster Energy Yamaha's Steven Frossard has claimed the number one plate in the Internazionali D'Italia MX (Italian Motocross Championship) after winning the Elite category at Gazzane Di Preseglie for the fourth and final round of the series.

The win seen the Frenchman taste victory for the fourth consecutive event in just five weeks and was again in what has been an effective warm-up campaign in the lead up to the first round of the world MXGP starting in Holland on the 9th of April).

After suffering from Illness in the first two rounds Frossard has ridden trouble free apart from some arm pump which he suffered earlier in the day during the MX1 race.

Frossard did not have the same complaints during the Elite class which is the premier class in the Italian championship and after rounding the first corner in 5th place was able to move into third place before late race passes on both Davide Guarneria and Antonio Cairoli in heavy backmarker traffic, seen him take the race win and secure the championship title.

"I'm really happy to get the job done again," said Frossard. "The races were not so easy today but I knew my situation with the points before I came here and that meant my goal for the weekend was set out."

Overall it has been a positive championship. We did what we wanted to do and the feeling on the bike is very good. We'll get in the sand now before travelling to Valkenswaard." the Frenchman concluded. 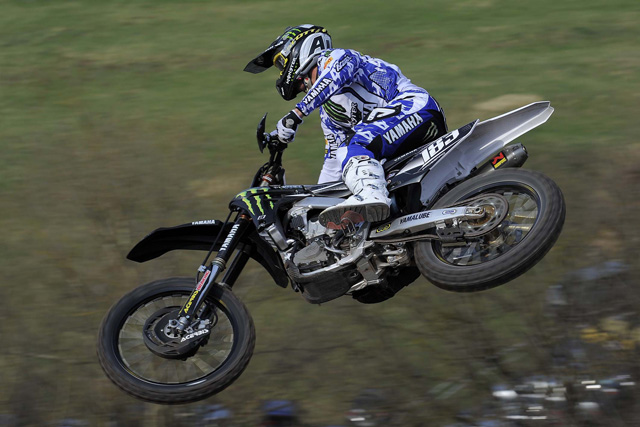 Steven Frossard on his way to the championship win. - Photo Credit: Yamaha Racing.com
Team-mate David Philippaerts attempted both sprints but was forced to withdraw from the races after straining his right thumb ligament the previous week. The Italian sought some treatment in Belgium prior to the weekend and was advised a week of rest should see improvement, allowing him to be fully fit for the sand in Valkenswaard for round one of the GP's.