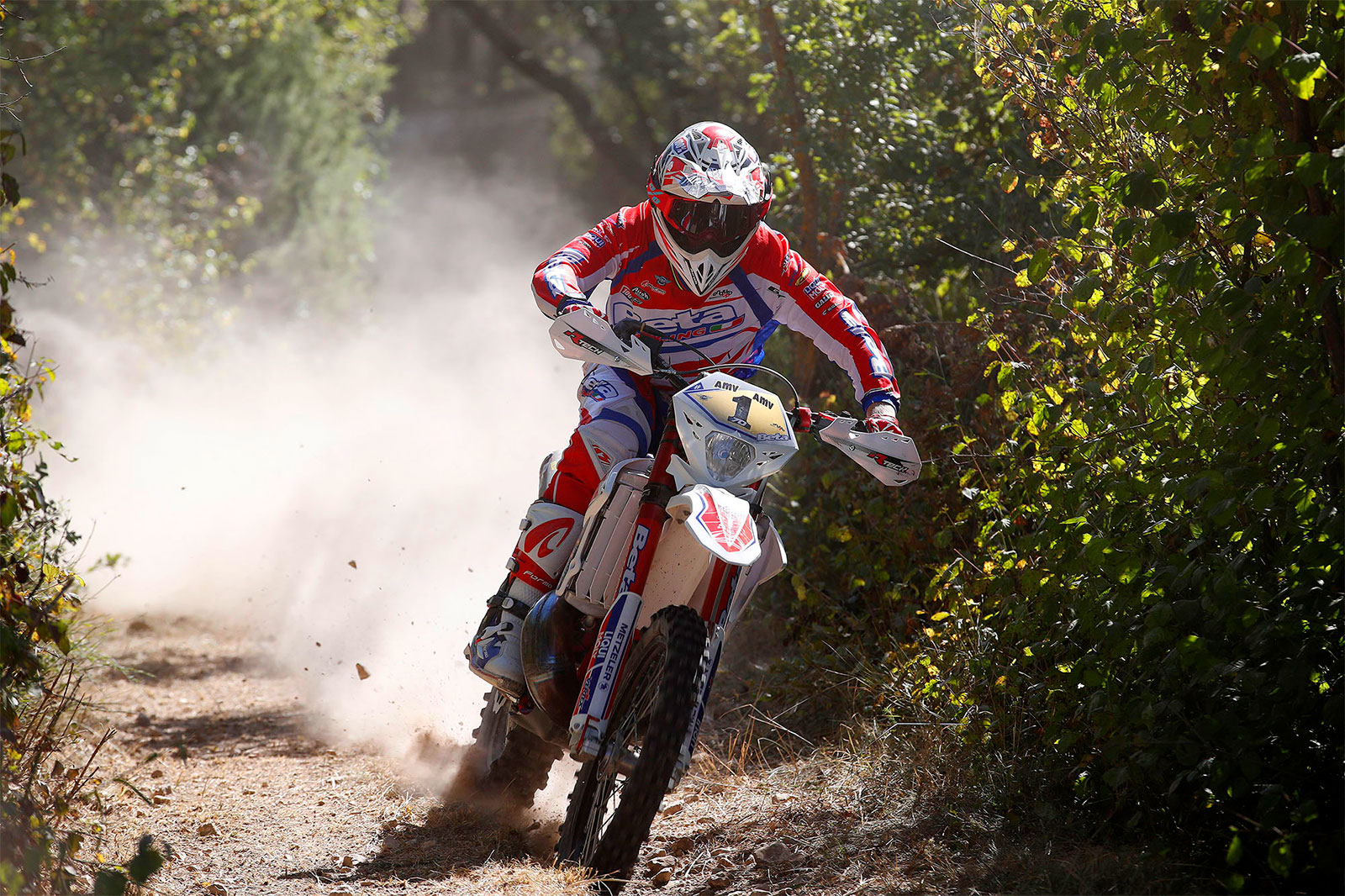 Finishing agonisingly close to the EnduroGP class win on day one, the Beta factory rider then topped the second day in style to move 30 points ahead in the EnduroGP championship standings.

With the unseasonably dry weather resulting in the cancelation of the second day‰Ûªs cross-country race, the event featured two sprint enduros. Day one started well for the Brit but two small crashes cost him dearly. Ahead by the narrowest of margins going into the final test, he was edged out for the overall day win by 0.71 of a second.

With the second day comprising of just six special tests there was no room for error. Topping the time sheets on two of the opening three tests, Holcombe managed his lead perfectly and despite not winning any more tests ended the day close to 13 seconds ahead of his nearest challenger, Christophe Nambotin. 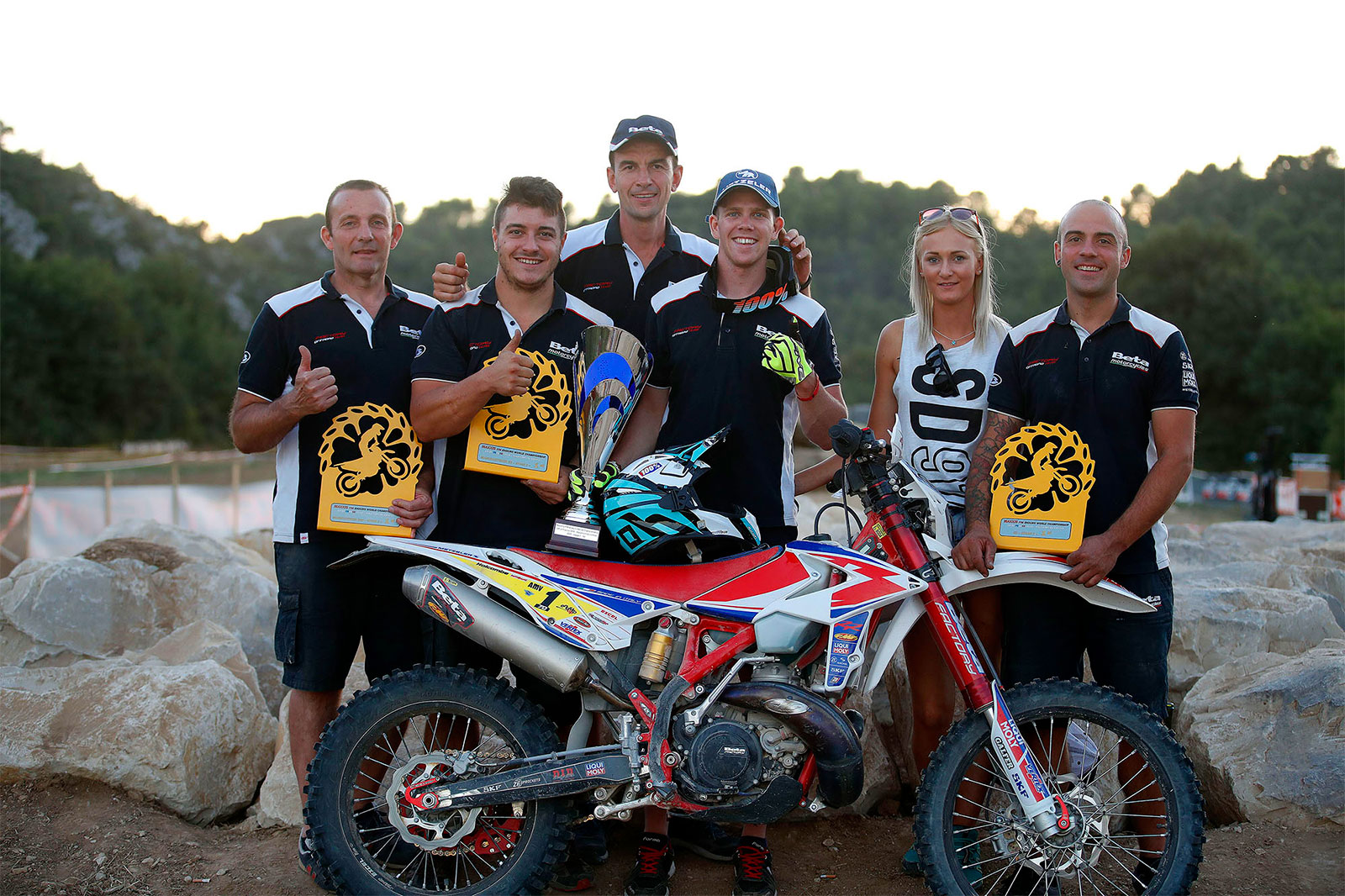 Steve Holcombe with a victorious Beta team. Photo: Future7Media
‰ÛÏIt‰Ûªs been another great GP for me," Holcombe enthused. "Things didn‰Ûªt run quite as we expected with the cancelation of the planned cross-country race on Sunday, but things worked out great for me. Extending my championship lead with just the final round of the series remaining is a real bonus ‰ÛÒ I‰Ûªm now more than one-day ahead going into the final race in Germany.

"I felt like I rode well all weekend here in France and should have won both days," he continued, "I made a strong start to the first day but fell twice and gave away too much time. But the second day was better. It was a short day, so there was no time for mistakes, and I pushed hard on the first lap and managed to get ahead. Christophe Nambotin was pushing me hard but I stayed out front and got the win. Onwards and upwards to the final round in Germany now.‰Û 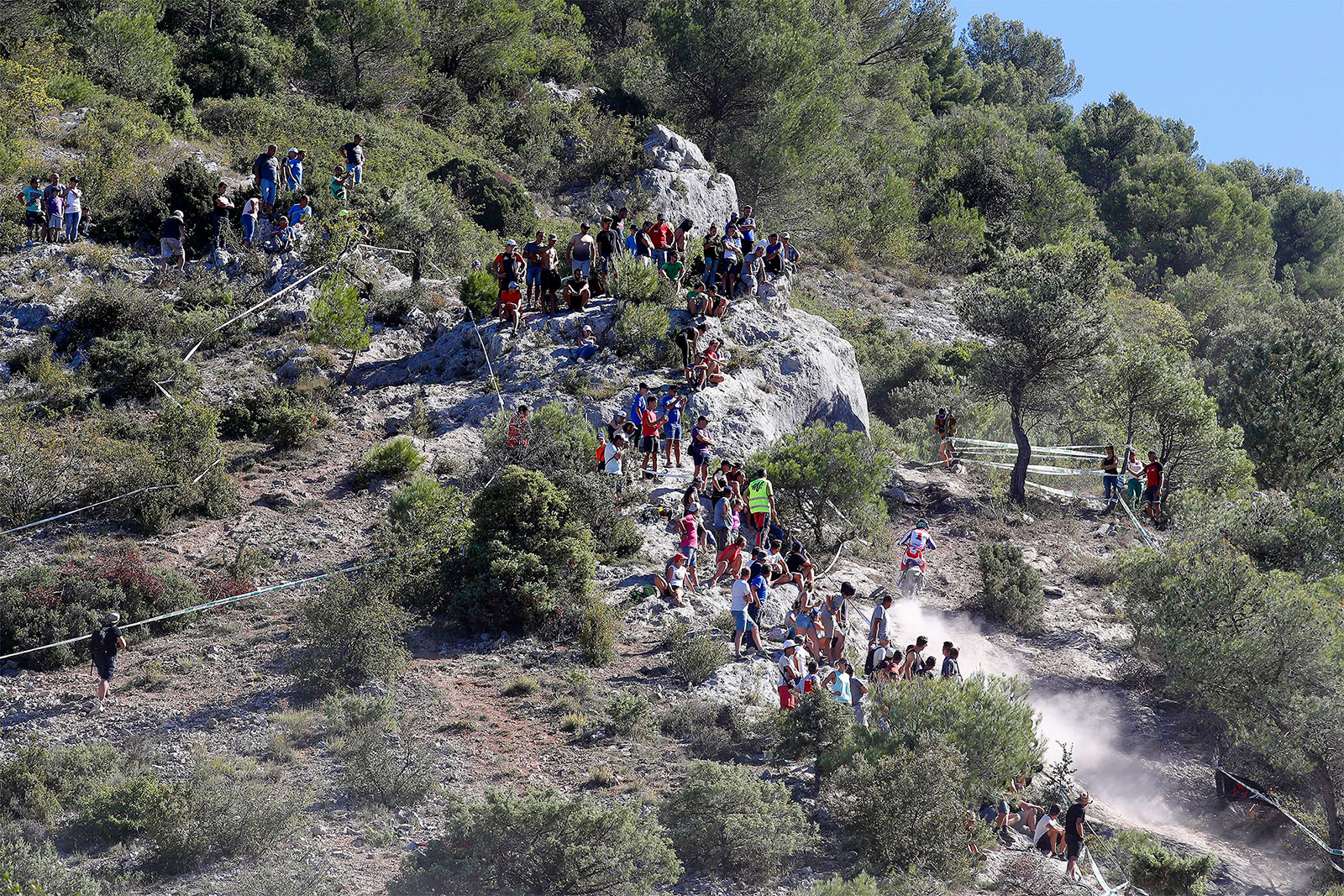