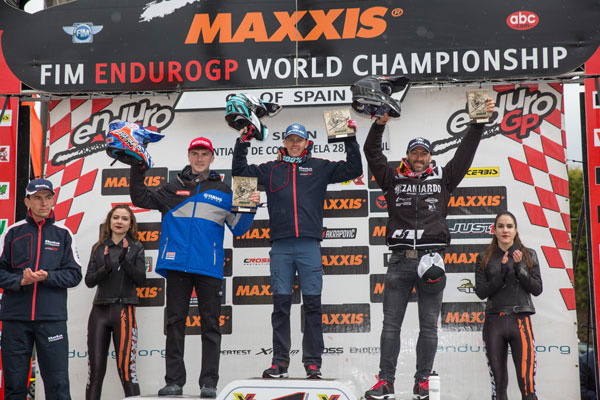 EnduroGP Podium
Surprises, twists and turns where the order of the day on the second day of the 2018 Spanish World Enduro Grand Prix with Brit Steve Holcombe taking his first victory for the season.

There was plenty of movement in the standings throughout the day - especially in the EnduroGP category; after a brilliant E3 win on Day 1, Gas Gas's Danny McCanney was one of the unluckiest riders, despite a perfect start to the day. An issue with the front wheel plunged him into the depths of the rankings ... and, in fact, all the main players in EnduroGP suffered various falls and slip ups.


But the one who was best able to limit the errors was Beta's Steve Holcombe, and he took an important victory, despite crashing on a slope in Enduro Test 1 - fortunately without damage to the bike or himself. Leader of the EnduroGP class, factory TM rider, Eero Remes, also suffered a few errors which kept him out of the podium battle.

"At last a victory," a delighted Holcombe said. "I'm very happy of course! The day was difficult because of the weather but nothing impossible or dangerous. We had just made some adjustments with the suspension on my Beta and now we'll head for the GP of Portugal!‰Û 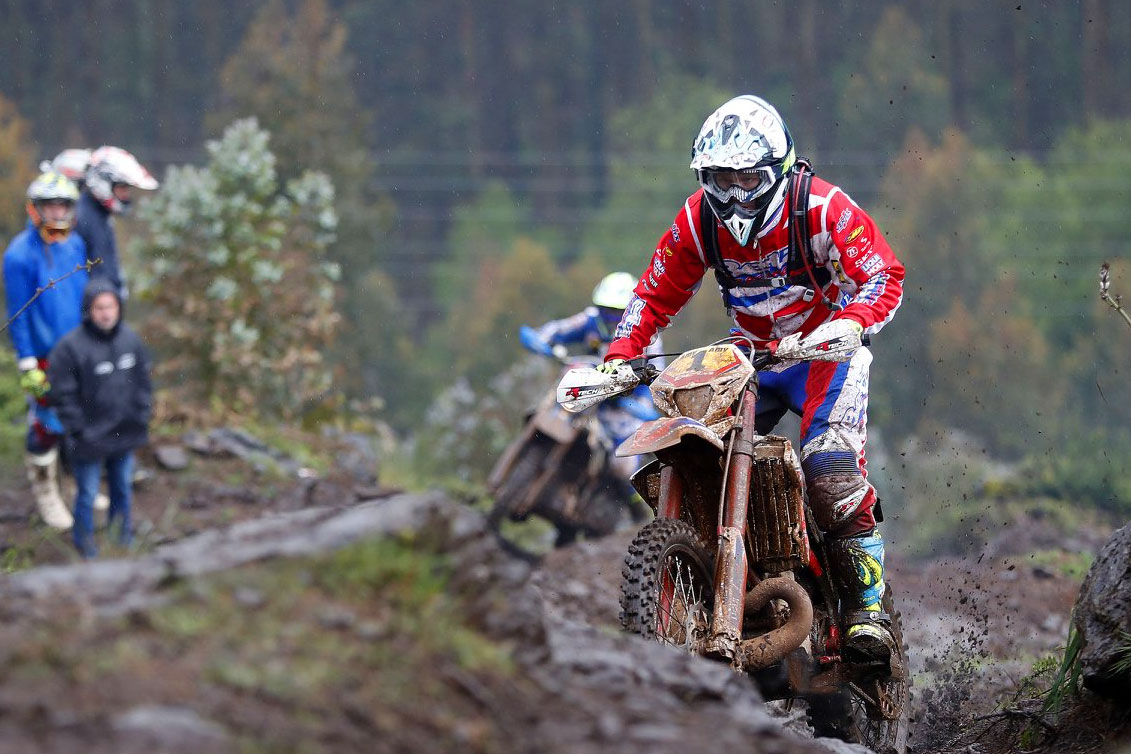 Brit Steve Holcombe got his season back on track with a strong win on day two in Spain. Photo: Future7Media
Steve Holcombe who found himself down in 6th position at the end of the first lap, pulled the pin and went on to set the fastest times in tests 6, 7, 8, 9, 10 and 12! And take his first 'scratch' success of 2018. Only a very strong and determind Alex Salvini was able to worry the Brit, he kept up the pace and took to the EnduroGP podium, just behind an impressive Jamie McCanney. After his disappointments of Day 1, where he took a 7 minute penalty, Christophe Charlier showed he can never be counted out! He was 6th, while Brad Freeman and Antoine Basset completed the TOP 10 along with an excellent Luis Oliveire! Meanwhile, Australian Matthew Phillips finished just outside the Top 10 (11th).

Jamie McCanney had no rivals to match up to his impressive form in E1, even if his compatriot Brad Freeman was also very strong (2nd), ahead of Antoine Basset. The Gas Gas rider took his first podium in three years, despite coming under attack from Spain's Victor Guerrero and Finland's Eemil Phojola.

"The day was long... very long! Finishing 2nd in EnduroGP is great... especially since my main rivals used soft tyres, unlike me," McCanney said. "My Yamaha worked perfectly in these extreme conditions and I want to thank all the Yamaha Outsiders Team for their excellent work.‰Û 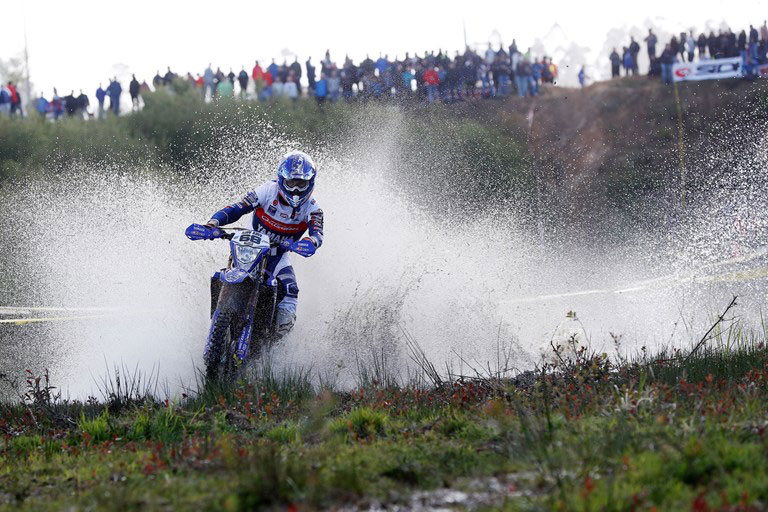 Putting in a dominant performance under changing conditions in Spain, Outsiders Yamaha Official. Enduro Team rider Jamie McCanney took two Enduro 1 class victories
Alex Salvini enjoyed a superb double in E2 after an intense battle with LoÌøc Larrieu and Eero Remes. But Christophe Charlier (4th) is expected to improve race by race and will likely have something up his sleeve as the season goes on, as will the spectacular Matthew Phillips (6th).

"It was a very physically and mentally tiring day, but I've made good ground in E2 and another EGP podium is a great start to the season for me," Salvini said.

Like most Brits, Jack Edmonson was very quick in the Junior class in the challenging 'deluge' race conditions. But he also made a lot of mistakes and in the end it was the extremely talented and promising Andrea Verona (I - TM) who won the second day in the overall Junior category, in front of his compatriot Davide Sorcea, for a historic double TM podium! And both these TM riders also took victories in their respective categories.

The EnduroGP 'family' will leave a spectacular but wet Galicia tomorrow, hoping to find more "arid" and dry lands 600 kms away... heading south! Indeed, next weekend, the 3rd round of the season will be held in Castelo Branco for the Polisport Grand Prix of Portugal which promises to be very open and thrilling again!