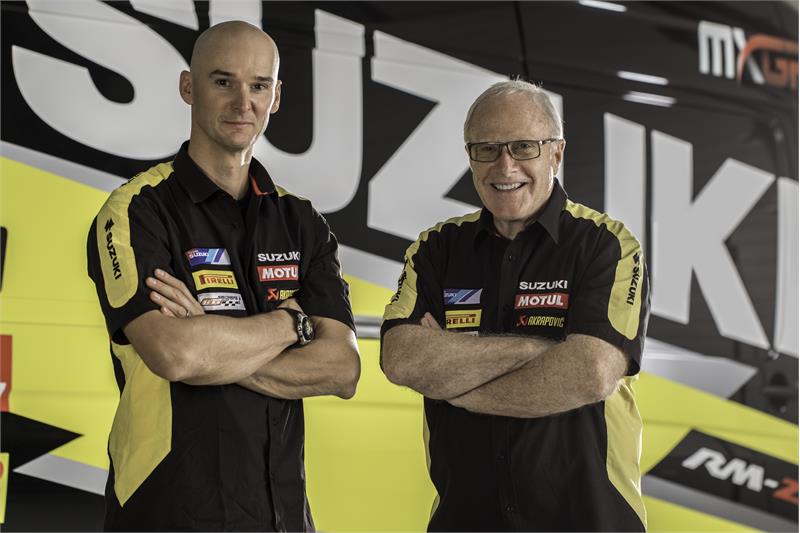 Almost a quarter of a century since they were last World Champions together Stefan Everts and Suzuki are once again collaborating to powerful effect as the sport‰Ûªs most successful Grand Prix rider is now in control of the Suzuki World MXGP team and organisation.

Everts, 42 years old, has assumed the role of Team Principal after reaching an agreement with Geboers Racing Promotions‰Ûª Sylvain Geboers and the two Belgians will now steer Suzuki‰Ûªs factory programme in the FIM MXGP Motocross World Championship with the RM-Z450 as well as the MX2 category and EMX250 European Championship (RM-Z250).

Everts will be accompanied in the Lommel-based set-up with assistance from father (and another former Suzuki World Champion) Harry and will not only oversee racing operations involving a skilled and dedicated crew and six riders but also contribute to the development of Suzuki‰Ûªs RM-Z technology.

Everts will heavily promote the Suzuki name at the highest level of the sport and where the team have been championship contenders since the beginning of the century with the RM250 and the RM-Z450 from 2004.

Everts retired in 2006 with his 10th crown and a record 101 Grand Prix victories. He has since marshalled another manufacturer to world championship success, developed key motorcycle models and evolved junior racing talent with notable spoils. He is now ready to ally with Geboers after winning the first of his titles back in 1991 in ‰Û÷yellow‰Ûª.

‰ÛÏIt is a very big challenge and a big responsibility‰Û_but actually I think I am ready for it,‰Û