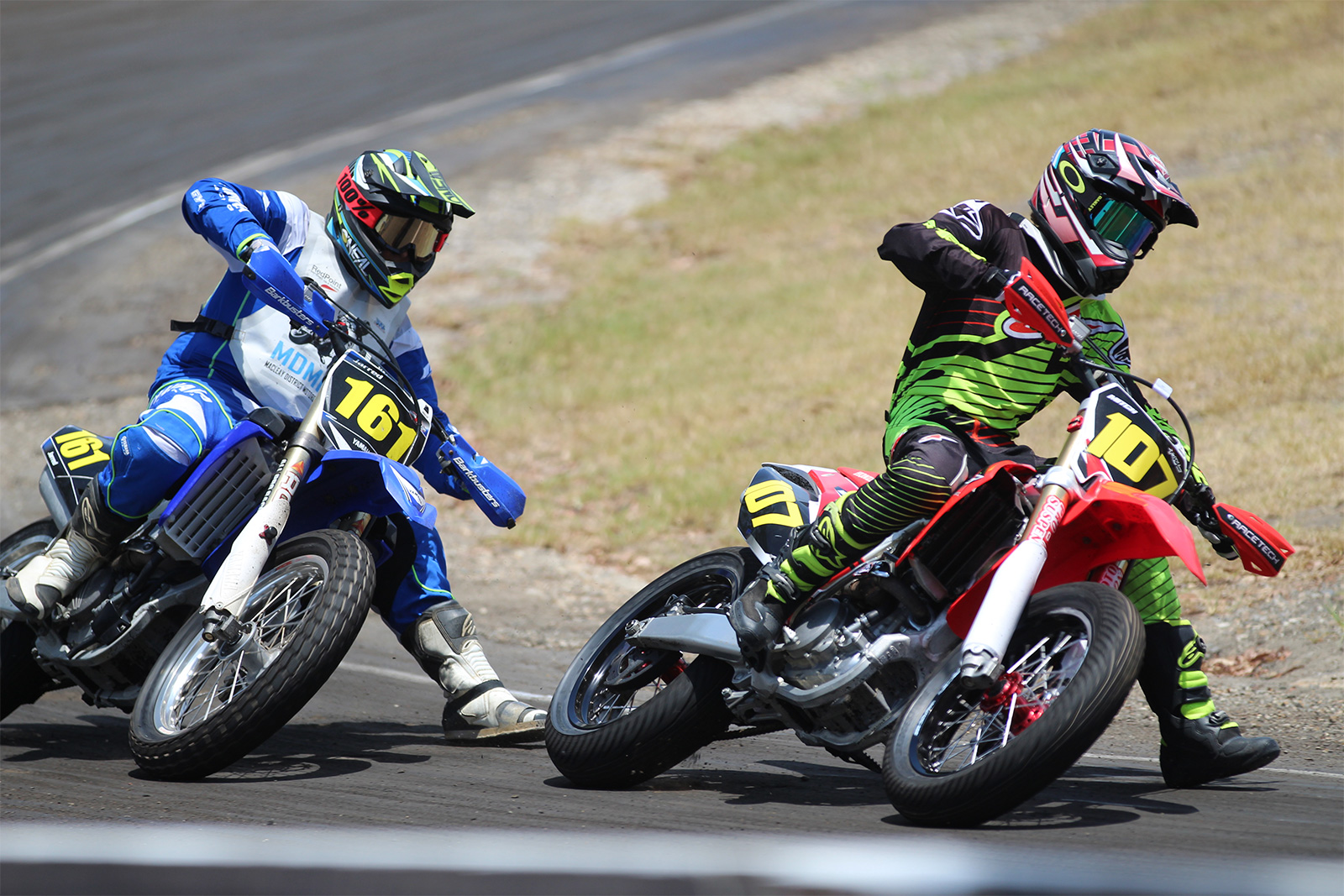 While there was big name winners of the main classes for the seniors there were several younger riders who showed not only their more experienced rivals, but also the fans, that they will bear watching in 2019.

The first final, the Pro 450, was twice stopped after a rider fell in the dash to the first corner the second spill leaving the highly favoured Marty McNamara with an arm injury.

The rerun showed why Michael Kirkness is the reigning triple Australian Dirt Track champion with an emphatic victory while top qualifier Jarryd Oram could only manage fourth place after a poor start.

In between those stars where young guns Thomas Donnelly from Gunnedah and another Macleay rider James Chapman.

The Pro Open 12-lap final loomed as a battle between Kirkness and Oram who had finished on top of the qualifiers from the four rounds of heats, but a flat tyre sidelined Kirkness leaving Oram to score a comfortable victory ahead of Chapman and Donnelly.

In winning the Pro 250 class Chapman produced an unbeaten run in all his heats and then final where he beat Donnelly with the best of the Taree seniors Blake Wilby and Kye Andrews next in line.

The first staging of the Peter Fahey Memorial for the Over 35s class produced another clean-sweep as Michael Booth comfortably won all four rounds while Michael Rix and Jason Griffin did best of the rest who produced some close battles.

With the day-time program having run smoothly without incident officials added a One Lap Dash competition for the seniors with Thomas Donnelly going faster than all his rivals.

Other seniors to show out well were a duo from the Hunter area, Boyd Hollis and Bayley James, as well as Alec Hurst, Sam Davies and Frank Ryan from the Macleay club.

Although Taree riders were overshadowed in the senior classes they dominated the junior classes with four locals sharing victories in six of the seven classes.

The two locals who scored doubles were Mitchell Bisley and Hayden Nelson.

Bisley scored six wins and two seconds across those two classes, but never with a decisive advantage over his rivals in some extremely closely fought racing.

Nelson scored one of his victories on points over four rounds, while the other needed a final where he outgunned his rivals, including top qualifier Jayden Holder who finished midfield.

Thoren Openshaw and Cody Wilby were the other local juniors to win a class, while Queenslander Viv Muddle ensured at least one winner‰Ûªs trophy left the state.

Fans again got to witness junior racing that was on par with the closeness and excitement of senior competition and that augers well for the New South Wales Junior Dirt Track Championship meeting which is to be held at the Old Bar track on the weekend of July 13 and 14.