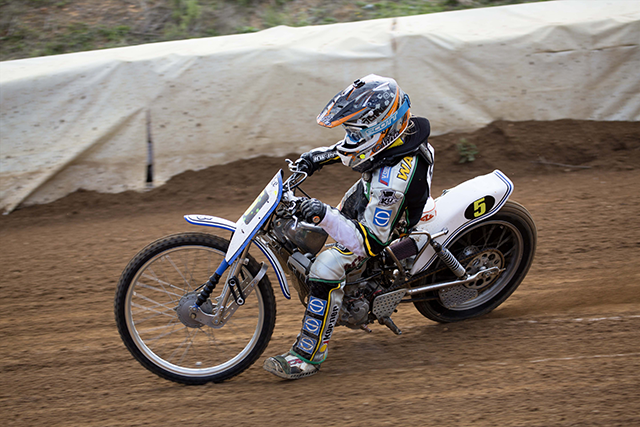 The annual Tharwa Sands Canberra Cup motor cycle track racing meeting this weekend has attracted some top names in both the senior and junior ranks.

The big program of racing over Saturday and Sunday, starting at 9 am both days, will cater for all junior age groups, open senior competition as well as classes for older bikes and older riders.

Canberra Cup Feature events for both seniors and juniors (13 to Under 16 year olds) will be the climax of the meeting and an outright favourite is hard to determine in either.

The vastly experienced Ian Hamilton spearheads the Canberra hopes in the seniors along with Michael Vecchi, Jake Schneiders , Abe Richards and Jack Passfield, but they will face a strong challenge from riders traveling from as far away as Melbourne and Newcastle. .

The likes of Sean McLellan from Newcastle, Bradley Burns and Bryce Holmes from Melbourne, Nathan Smith and Aaron Fulton from Sydney, Ryan New from Temora and Jason Richards from Wagga Wagga all bring good credentials to the meeting.

In the Junior Cup the two stand-out contenders are Kruze Brady from Leeton and Callan Butcher from Griffith with rapidly improved local rider Mitchell Martin ready to take up the challenge.

Numerous championship winners are spread throughout the junior classes and the quality of their racing is sure to impress fans.

The juniors are not just ‰Û÷tomorrow‰Ûªs stars‰Ûª, they are already very talented and accomplished performers.

Some of the riders racing this weekend will be showing their versatility as they also compete in either motocross racing like Matthew Chippendale, or road racing like Marianos Nikolis.

The Canberra Cup has always been a prestigious event on the dirt track racing calendar, although it was not staged in 2016.

ACT Motorcycle Club officials are confident that the Fairbairn Park track (situated in Pialligo Avenue, Majura) will be in top order to allow the classy line-up of talent to turn on plenty of exciting action.

As a follow-up to racing this weekend the legendary Stephen Gall will be conducting a Training School at the track on Monday and Tuesday, with assistance of Ian Hamilton who is also an accredited coach.

Gall is one of the country‰Ûªs all-round greats in motor sport with an unenviable record in motocross, dirt track racing and later in speedcars and sprintcars on speedway tracks.